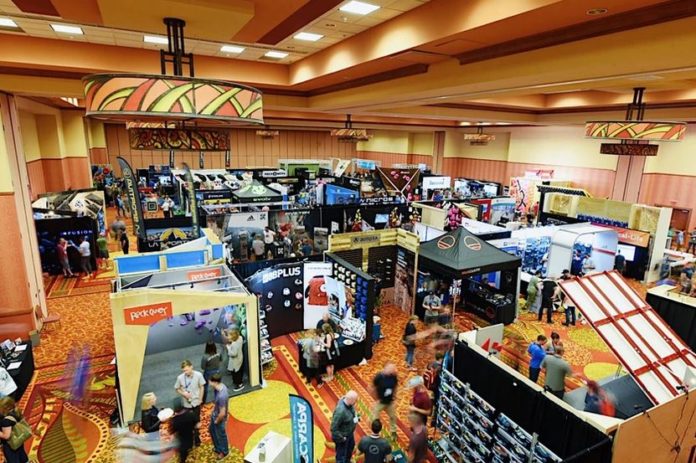 The Climbing Wall Association (CWA) recently announced that its CWA Summit will be moving to Salt Lake City, Utah, next year. So far, the organization’s annual conference and trade show has taken place in the state of Colorado, home of CWA’s headquarters in Boulder. For a decade, the Summit took place at the University of Colorado in Boulder before heading up the road to the Embassy Suites Hotel, Spa & Conference Center in Loveland in recent years. Now, the 14th CWA Summit will be moving out of state for the first time to the Salt Palace Convention Center in Salt Lake City on May 18-20, 2022.

Salt Lake City, largely known for its outdoor climbing, has become a hotbed of institutional climbing activity of late. In 2018, USA Climbing―the governing body of competition climbing in the US―relocated its headquarters from Boulder to SLC ahead of climbing’s 2020 Olympic debut in Tokyo. And in just the past month, multiple IFSC World Cup competitions and the first North American Cup were held in the city. The 2021 Paraclimbing National Championships, as well, wrapped up in SLC just last weekend.

In addition to its noteworthy relocation, the 2022 event also marks the CWA Summit’s long-awaited return to action. Due to the COVID-19 pandemic, the industry’s largest gathering of climbing professionals in North America was cancelled for 2020 and 2021. At the previous Summit in 2019, 943 attendees from four countries, 43 US states and five Canadian provinces attended the event, according to the Summit’s website. The professionals in attendance each year range from climbing gym owners, managers, setters and coaches to representatives of climbing businesses and other industry leaders.

The details for the event’s 2022 schedule have not yet been confirmed, but past years’ schedules included a combination of workshops and presentations―in addition to dozens of exhibitor booths. As in past years, the CWA is offering discounts for early registration and to CWA members. A “Recovery Special” deal is available to CWA members who sign-up before July 31, which can be done here.

6 CWA Products You Should Know About