PRESS RELEASE: The State of Utah continues to build upon its strong Olympic Legacy with the announcement today that USA Climbing, the National Governing Body for the sport, is relocating its headquarters to Utah. The Utah Sports Commission partnered with USA Climbing to facilitate the organization’s move from Boulder, Colorado.

“Since 2002, Utah has welcomed the world’s greatest athletes and events to our great state,” said Governor Gary R. Herbert. “Relocating another National Governing Body of Sport like USA Climbing to Utah is a big win, it will allow us to have some of the world’s best climbing athletes train here and call Utah home and we will also be a hub for the hosting of many major climbing events as well.”

“We are thrilled to welcome USA Climbing to Salt Lake City,” said Mayor Jackie Biskupski. “With worldclass amenities surrounded by some of the most spectacular mountain terrain, it is easy to understand why Salt Lake is the perfect place for a growing organization like USA Climbing to call home.”

USA Climbing’s mission is to promote the growth and success of the sport of competition climbing in the United States while generating sustained competitive excellence for United States athletes in international competition. “We look forward to calling the new Industry SLC development in Salt Lake City’s Granary District our new home,” said Marc Norman, USA Climbing’s CEO. “With a strong climbing heritage, unrivaled access to indoor and outdoor climbing statewide, and a thriving business community, Salt Lake City is a great choice. Once established, we look to create a National Training Center, where our National Team athletes can regularly train to compete at the highest levels internationally.”

USA Climbing, founded in 1998, is one of the newest and fastest growingNational Governing Bodies in the United States growing at an average rate of 32% per year. USA Climbing conducts or sanctions over 350 competitions annually, including National Championships in Adaptive, Bouldering, Collegiate, Speed, and Sport. USA Climbing also oversees the U.S. National Teams for youth and adults to compete internationally in World Cup and World Championship competitions through the generous support of its Founding Partner, The North Face, and its main sponsors Butora USA, Clif Bar, and Petzl America.

“This move will serve to strengthen not just our Olympic Legacy, but also our Olympic future,” said Jeff Robbins, president & CEO of the Utah Sports Commission. “The presence of USA Climbing in our community allows us to continue to help position the state as a leader in the international sports industry and to further focus on sports development as a key component of Utah’s promotional and economic development strategy.”
“As USA Climbing prepares to make its Olympic Debut at the 2020 Olympic Summer Games in Tokyo, Japan, we are excited to announce the relocation of our National Headquarters to Salt Lake City,” said Patti Rube, President of USA Climbing’s Board of Directors. “USA Climbing has worked closely with the Utah Sports Commission, Salt Lake City, and local business leaders over the past two years for our Bouldering National Championships with tremendous results. We are eager to continue and expand this
partnership as we prepare for the 2020 Olympic Games.”

USA Climbing will become the third national governing body to call Utah home, joining U.S. Ski and Snowboard located in Park City, and US Speedskating which is located in Salt Lake City. 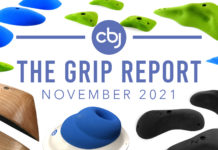 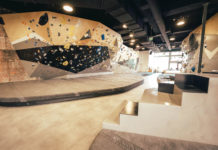 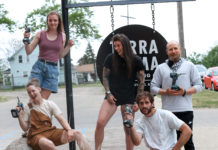 Flashback To The Beginning