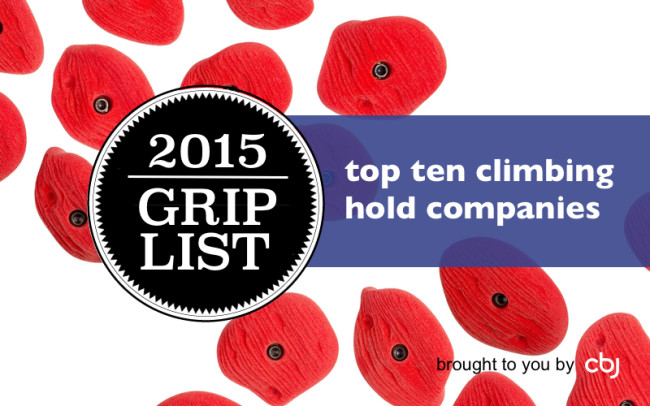 CBJ collected votes from North American routesetters for our second annual survey of the most popular climbing hold companies. The result is the 2015 Grip List. Without further ado, starting at number ten:

Since 1996 eGrips has been producing classic shapes that have transcended the merely functional to become true pieces of artwork. eGrips shaper, Ty Foose, not only changed the way climbers move on plastic he also changed the way shapers morph foam blanks into textured hand and foot grips. With his eye for meticulous detail and originality, Foose and his team of shapers have created some of the most landmark shapes since the Pusher Boss. The iconic shapes of the Bubble Wrap and Myorcan have become so indispensable it’s sad to think of a time before they existed.

A whole book could be written about eGrips and what they have brought to the indoor climbing scene and the Grip List voters agreed by voting them into 2nd place for All-Time Favorite hold company. Voters described eGrips as, “Timeless”, “Classic”, “Ground breaking”, and “A necessity for any gym”.

EGrips doesn’t show any sign of slowing down and they continue to be as innovative as they have always been.

Training for climbing is starting to take off in American climbing gyms and Atomik, which has been at the forefront of training specific holds since 2002, continues to provide the tools that climbers need to improve. Their release of the Bombs was revolutionary and is now considered mandatory training equipment for any respectable climbing gym (and is now copied by many of the top hold makers).

They’ve become known for their training holds but Atomik has one of the more diverse hold selections on the market and is a one-stop shop for reasonably priced basic shapes that last. With their in-house pouring and shaping they can quickly bring to market any idea and whim they desire which makes for a unique line of holds.

Peter George, setter at Texas Rock Gym, sums up Atomik by saying, “Simple affordable holds that are a pleasure to set with and a pleasure to climb on”

The Chancellor brothers changed the way setters do their job when they brought their unique and distinctive style to the world of climbing holds. No other hold company has had more impact on the setting scene than So iLL. They were the first, and still one of the few, companies to embrace the indoor climbing world as a thing unto itself that should be respected as such. Kevin Goradia, Owner and setter at Crux Climbing in Austin agrees and makes a nod to artistic shaping genius Jason Kehl, by saying, “Jason’s shapes really pushed the hold industry forward.”

So iLL isn’t stopping at only selling climbing holds. They’ve branched out to include chalk, climbing ropes, crash pads, bags, and even quick draws for climbing gyms. They are truly attempting to become the single source for all your indoor climbing needs. 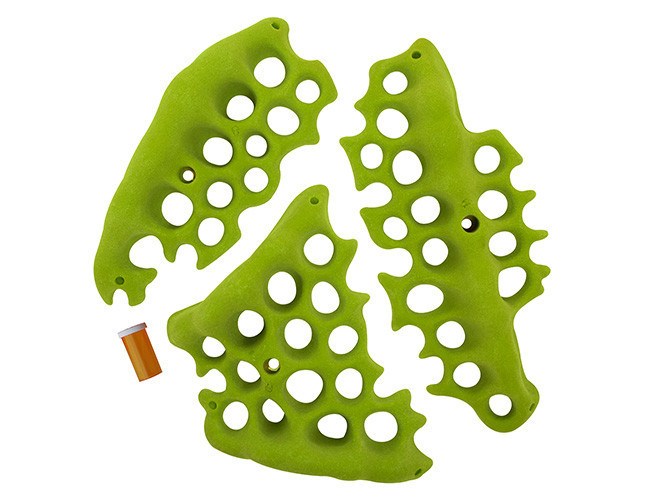 “Their Cobbles, Medium Slopers, and new crimp sets have created some awesome climbs,” said Aubrey Wingo, a routesetter at Boulder Rock Club. “I also have to add that their customer services has been nothing but astounding,” Wingo concluded.

Enix came out of the 2014 hold boom and has been making inroads by producing what Jonathan Marvel, setter at Focus Climbing Center, calls, “Simple, functional designs.” He added, along with many other setters: “Great texture, solid holds. Best pinches and slopers out there.”

Nick Steele, a routesetter at Vertical World, echoed the thoughts of many voting setters by saying that Enix, “Advances the art of indoor bouldering and setting.” 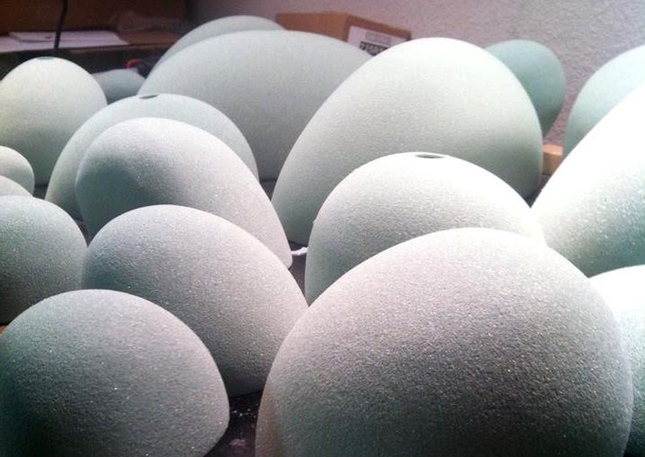 Thrive is another one of the companies to successfully make it out of the fracas of last year’s climbing company boom. Dropping one spot on the Grip List from last year, Thrive continues to pump out quality shapes with what one setter called, “Superior quality polyurethane that holds up to the demands of a high traffic climbing gym.”

Setters also made numerous comments about the originality of the the Thrive line noting that their holds are, “…not derivative of any other company”; “…good selection of holds that are not similar to other companies” and “…different from all other companies … a must for every gym.” 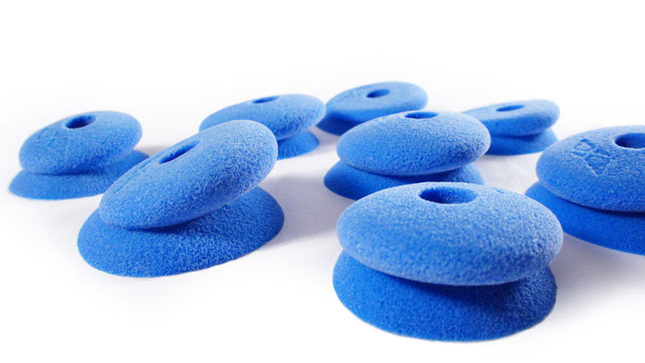 Making a first appearance on the Grip List was the So Cal-based, Climb-It Holds. With a urethane upgrade and new shapes from Louie Anderson, Climb-It started a comeback in 2014 that setters are taking notice of. Most commenters noted Climb-It’s realistic shapes and textures that “… are realistic and relevant to what you would find shaped by Mother Nature.”

Dave Hamilton, Director of Operations at Climb-It, agrees and wants everybody to know that, “we are better than ever!” 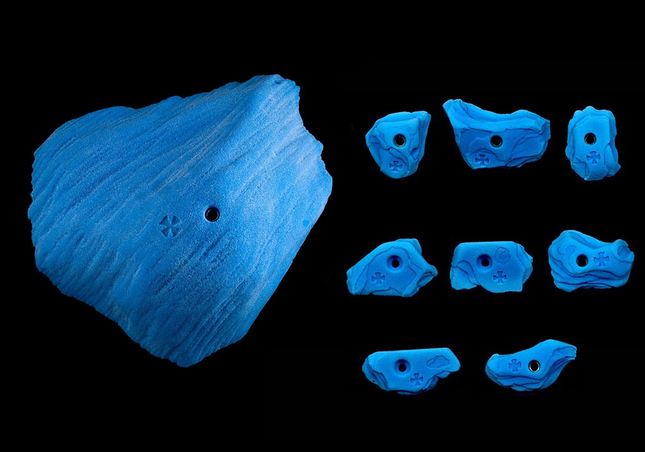