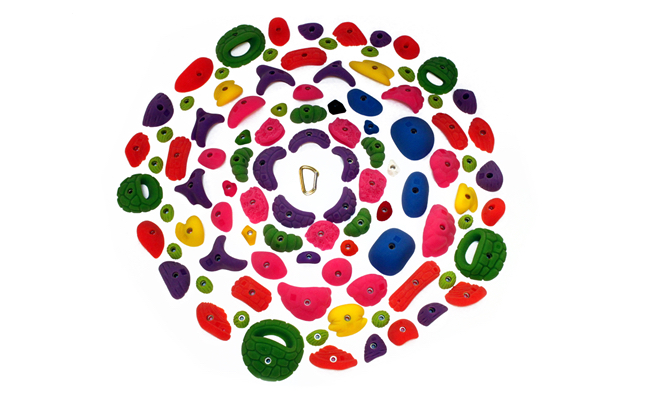 Element received the most votes from Gym Managers and it’s easy to see why. According to this year’s voters, EC is delivering on what the owner, David Filkins describes as their “commitment to quality, customer service, fast shipping times, no color charges, and overall awesomeness.”

In fact, the most common praise we heard was for their excellent customer relations. One voter gushed: “Great service. Amazing service. Most greatest amazing service.” Storm Crane of Climb Upstate commented, “They truly support climbing gyms with amazing customer service and comp sponsorships.” Several others praised Element for the ease of ordering holds through their website.

Value was another factor that earned Element votes. “The price-point that Element provides can be pretty sensational. Gyms get 30% off year-round, but once every few months, EC has a sale for everyone that ranges from 35-40% off of all holds. Workhorse holds for sequence-dependent routes like their Isotopes set can come in at a bit over $2 a hold during these sales, which is a steal for a gym that has 30 or so 65-foot routes to keep up with,” said Matthew West, a routesetter at Upper Limits in Bloomington IL.

A good price point doesn’t mean they are skimping on quality. “For the cost, you cannot get better variety and texture,” commented Thomas Bick of the Parkway School District. Another routesetter said Element offers “…consistent quality holds delivered for a decent price.”

Element’s custom urethane earned praise for its durability and well-designed texture that setters like for its balance of grip and skin-friendliness. Element combines these attributes with a broad portfolio of creative shapes. Matt Salzman of the New Jersey Rock Gym said, “Element makes versatile holds which are durable and pleasing to climb on. The members of the gym should be attracted to the new holds as soon as they are put up on the wall, Element holds do that.”

Charles Curry of The Ledge at Pacific Health Club summed up many voters sentiments about Element with his assessment: “Value, quality, customer service.”

This Boulder-based grip maker made a huge splash when they came on the scene in 2013, taking the Grip List’s top honors last year. Ian Powell, the artist and iconoclast behind Kilter is renowned for his artistic ability to create seemingly simple yet complex shapes that allow setters a freedom they didn’t have before.

Last year Kilter introduced the world to a full-blooded line of holds from feet to jugs. This year the team at Kilter stepped up their game and blew the minds of setters by releasing the Kaiju line. These holds, named after fictional Japanese creatures that, according to Wikipedia, “Usually attack a major city or engage another monster in battle.” These Kaiju holds, like the monsters they’re named after will, “play the roles of hero, villain, and force of nature”.

Head Setter at The Edge Rock Gym, Aaron Davis, had this to say after climbing on the Teagan Kaiju and the Winter Kaiju holds: “I have finally experienced what the buzz about Kilter is all about. Those two sets alone were unlike anything I had climbed on before,” he said. “There’s not a set out there that is truly like them. Both sets offer comfort, functionality, shock value, endless possibilities of incredibly fun movement.”

Even hold shapers from other companies can’t help but admire the creativity of the man behind Kilter. “Ian ‘MF’ Powell is the best shaper in the game,” said Peter Juhl, shaper and owner of Urban Plastic. 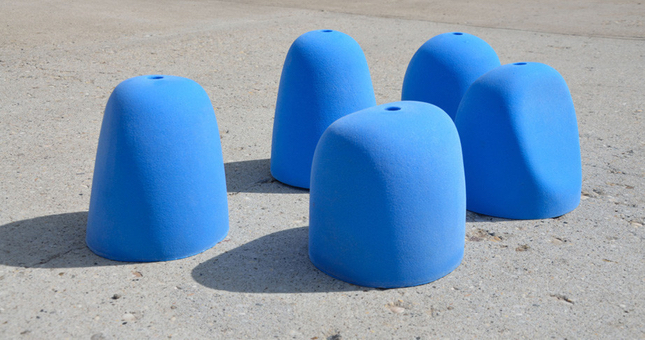 Coming in at second place on the Grip List is the venerable hold maker, Teknik. This Canadian hold company has been producing climbing holds since 1999, and in that time they have become, for many setters, the standard bearer for what climbing holds should look like.

Chris Bersbach, Head setter at SLO Op Climbing commented, “Teknik’s shapes are the baseline against which I judge other hold companies. I could set a whole gym using only Teknik holds, and I definitely cannot say that about any other company out there today.”

From its beginning, Teknik has focused on providing clean and simple shapes. You won’t find real rock texture in any of their 128 sets of holds. What you will find is smooth shapes that have become the go-to-holds for route setters around the world.

“The simplicity, aesthetics and ergonomics of these holds is unmatched,” said Blake Green, Head setter at Climb Nashville. “If good routesetting is effectively creating something that people read to move up the wall, then these holds are like having perfect handwriting.”

In addition taking silver as this year’s favorite hold company, Teknik was voted as routesetters’ All Time Favorite hold company by a stunning margin, taking in three times as many votes as the runner up. This may not come as much of a surprise since Teknik has been producing ultra classic shapes for 16 years. Seth and Zoë Johnston have shaped nearly every hold in the Teknik line. They do not regularly hire out their shaping like other grip makers, and even though many of their shapes are basic in nature, they are rarely copied by other shapers. Whether this is out of respect or a reality that no one can improve upon the shape is up for debate.

What is known is that setters can’t get enough of Teknik. “I love pretty much every hold they make. There’s no other hold company I can say that about,” said Keith Morton, Setter and Manager at Peak Experiences. 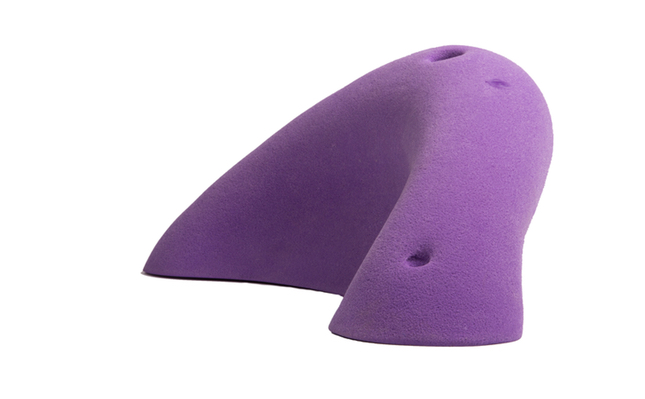 When we asked the setters of North America what holds they like most in 2014, their answer was, unequivocally, Kingdom.

Kingdom Climbing came on the scene last year with “holds that pretty much blew everyone minds,” said one voter. They made their debut by actualizing an idea many setters have dreamed of: a routesetting competition. This took the form of the wildly popular Kingdom Games which served double duty as marketing stunt and community gathering.

But it wasn’t marketing stunts that got the attention of routesetters; it was their bold and creative shapes along with some of the largest grips on the market. Many of their shapes are absolute originals like their full line of Dragon Balls and Chickens Heads, which received frequent praise from setters. Their Wafer set also received many mentions for the line’s aesthetics and usability.

Mark Melendez, Head setter at Garden State Rocks in Morganville, NJ said of Kingdom, “Their holds set themselves. If you [have] ever see holds on the wall that Kingdom produced, you just have to climb on it. They’re fun to set with and fun to climb on. I think that’s the ultimate goal, that they’re enticing for the climber as well as the routesetter.”

Mark Mercer, Head setter at Aiguille Rock Gym in Orlando Florida agrees. “For a new company, their intro line of holds rivals most companies that have been around for years,” he said.

Another winning feature of Kingdom was their extensive themes. A number of their shapes, like the Dragon Balls, come in what many setters called “families” which are made up of up to 32 similar shapes. Anthony Hedberg, a Setter and General Manager at Momentum Climbing commented, “Most hold companies just make 5 to 8 holds in a ‘family’ meaning you will have to use duplicate holds on most problems, whereas Kingdom has made enough for an entire route, so you never see the same hold twice.”

Overall, setters just love the shapes. “The shapes are really versatile, visually striking, ergonomic, durable, and most importantly fun to climb on,” summed up Brian Sweeney routesetter and Manager of Basecamp at the Whitney Peak Hotel.

The newly formed Kingdom Climbing brand received honorable mention on last year’s Grip List. At that time we speculated that “The Kingdom team is now stronger and has a very good shot at blowing the roof off of gyms.” It seems Kingdom was not only ready to blow off the roof, they were ready to take on the entire industry.