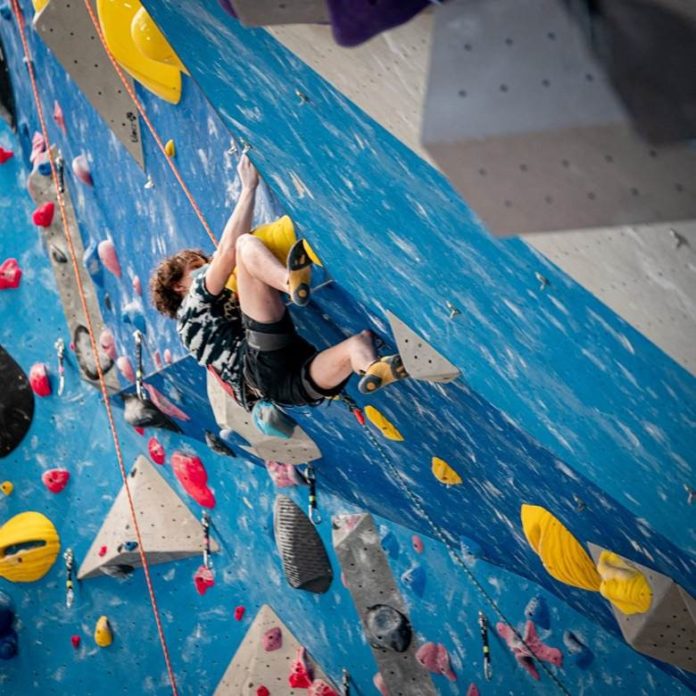 Memphis now has a new National Champion and his story of perseverance serves as an inspiration. Micah Winkle, 16 years old, competed in the Paraclimbing National Championships in Salt Lake City, UT over this past weekend, taking home the gold model in the RP3 category. He is now a national champion and will represent Team USA in the World Cups in October.

Micah began climbing in March 2008 and shortly after joined the Memphis Rox Climbing Team, the Soulsenders. The journey for Micah and his family has not been easy but his fight and perseverance serve as an inspiration. “As a coach, you couldn’t be more proud to see one of your athletes overcome so many obstacles and arrive at a victory like this. We’ve worked so hard not only on movement and compensating for physical limitations, but in becoming resilient mentally and emotionally as a competitor. Micah’s performance was absolutely deserving of the gold medal, and I think it’s so fitting that our first champion epitomizes the access and inclusivity Memphis Rox desires to bring to the sport of climbing,” said Kaje Simpson, Soulsenders Head Coach.

Micah Winkle was nine years old when he felt a pain in his hip. Just six years earlier, his parents relocated their family to China to work in humanitarian aid. But when a trip to the pediatrician revealed a tumor on Micah’s femur, they upended their plans and returned to the states — kick starting a journey that would reshape their lives.

“The financial impact was significant,” Felicia, Micah’s mother, says. “We started a business in China and lost that, our home and all but a few of our belongings. We had to start over from scratch in a city where we only knew a few people.”

The city was Memphis. The reason was St. Jude Children’s Research Hospital, where further scans showed Micah’s cancer had spread across his pelvis and up his spine. Secondary tumors were forming on his ribs. All in all, Micah had just above a twenty percent chance of survival. He underwent chemotherapy, and doctors removed 90 percent of his femur, replacing it with a titanium rod. After a full hip replacement, he wouldn’t walk again on his own for nine months.

“At first, we didn’t count that we lived in Memphis,” Jason, Micah’s father, says. “We basically just lived at St. Jude. Getting groceries was the only time we weren’t at the hospital. When Micah finished treatment, we decided to live here and had to figure out how we fit into the city.”

Seven years later, Micah, 16, is not only five years cancer free — he’s preparing to compete in the Paraclimbing World Cups. Because of his positive attitude, you’d never know he’s sending V8’s with 50 percent muscle loss in his leg, a titanium hip and femur and significant motion restrictions.

“The challenge of climbing is my favorite,” Micah says. “It gives me something to push for.”

His path to rock climbing wasn’t immediate, however. Strict rules were in place as he learned to walk again: Take it easy, no contact sports. This was tough for Micah, who practiced jiu jistsu in China. He tried Archery; it didn’t stick. But when St. Jude asked Jason to speak at a fundraiser, Micah met Rox Founder Tom Shadyac — who invited Micah to visit the soon-to-open climbing facility in Soulsville. For a family who had lost everything, Tom explained how Rox excluded no one, regardless of ability to pay.

“Micah followed Rox on Instagram,” Jason says. “We went the first day it opened. He was like ‘We gotta go right now.’ It was love at first sight. He could make it to the top and have a sense of accomplishment. That’s what was so exciting about climbing.”

If Micah gained persistence through battling cancer, climbing gave him a vehicle to hitch his strength. When he attempted his first route, he had only been off crutches for less than a year. Early challenges were learning to place his left foot on holds despite a lack of coordination from extensive nerve damage as well as reading betas that would be possible. Climbing gave Micah a path forward, though, and he never looked back.

“We didn’t know if he was going to survive,” Jason says. “We didn’t know if he’d be able to walk. It took five years after he finished treatment until St. Jude considered him in remission. During those five years, he had ongoing traumatic stress. Every two months we were going to see if the cancer returned. Climbing meant so much for his personal identity. It’s been emotionally and mentally healing for him. Now he’s Micah the climber, not Micah who has cancer.”

Enter worst-case scenario. After months of progress, Micah dislocated his hip while climbing. Titanium grinding against bone and muscle, he locked to the wall, afraid that falling would undue all of the hard work he’d accomplished. For many aspiring climbers, this would have been the end. For Micah, it only reinforced his dedication.

“He was ready to be back on the wall immediately,” Felicia says. “He was motivated to work even harder and to strengthen his left leg. He would live up at Rox if we let him. It’s cool to see how his role has shifted. He used to be the one getting advice, and now a lot of people are asking him for advice and cheering him on.”

Soon after, he joined the youth climbing team at Memphis Rox and began working with coaches and teammates to discover new technique and movement. Now, he’s dreaming of a professional career as a paraclimber.

ABOUT MEMPHIS ROX AND ONE FAMILY MEMPHIS

One Family Memphis, a 501(c)(3) nonprofit organization, is located in Soulsville, Memphis and lies in one of America’s most challenged communities. One Family Memphis serves as the umbrella organization for Memphis Rox, the only non-profit climbing gym in the U.S. Memphis Rox and One Family Memphis bring rehabilitation, healing and a renewed sense of hope to challenged communities by providing a climbing facility and programs to foster relationships across cultural, racial, ethnic and socio-economic backgrounds. At Memphis Rox, rock climbing is a metaphor for overcoming life’s obstacles. We believe that we climb higher when we climb together. To learn more about Memphis Rox or to support our mission, visit us online at www.memphisrox.org. 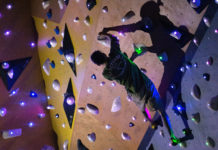 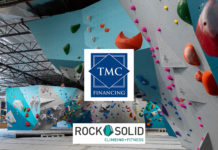 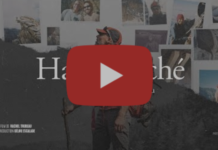 Haut Perché: The Film About The Man Behind DELIRE