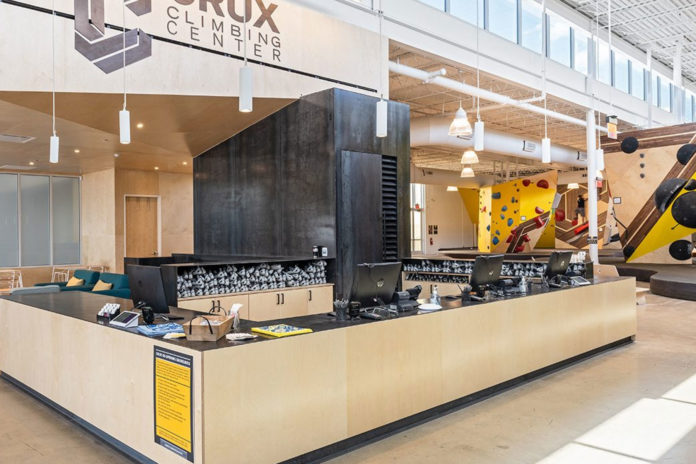 It was recently announced that Approach, a Kansas City-based gym management technology company, had raised a total of $1.8 million (bolstered by $1.5 million in seeding funds from Austin, Texas-based investment company Crux Collective). The Approach software is promoted as “a complete gym management solution for climbing gyms, fitness centers, and yoga studios,” meaning that it can be utilized by climbing gyms for CRM, retail, and other computerized functions.

Approach first stepped onto the competitive climbing gym tech scene in 2018, featuring a booth at the CWA Summit that year and presenting at the Summit the following year. Since then, Approach’s software has been utilized by dozens of North American gyms, such as the new MW Climbing in Nebraska and Gecko Climbing Gym in Arizona, which opened earlier this year. According to a press release, the new funds will enable Approach to expand its software across North America, as well as in Australian and European gym markets.

“Many gym owners can get bogged down with countless operational tasks and processes that keep them from engaging with their members and building scalable gym experiences,” said Andrew Potter, one of the founding partners of Approach. “The industry deserves an all-in-one solution for gym management purpose-built by current owners and operators. Approach makes time-intensive tasks a breeze and opens up new possibilities for gym owners to engage with members while driving new revenue streams.”

Specifically, Approach aims to provide gyms with technology to automate and scale operations related to day-to-day gym operations as well as membership tracking, management, and growth. This includes aspects such as digital waivers, as well as the joining of point-of-sale (POS) software and inventory management into a single, complete platform.

The two Crux Climbing Centers in Austin, which were founded by the same team that leads the Crux Collective investment company, plan to onboard the Approach platform this year. Long Beach Rising and Session Climbing, both located in California, are among other gyms that plan to incorporate the Approach software in the near future. In total, the number of gyms using Approach’s system will soon be more than 60.

“The POS system is the lifeblood of a well-run facility,” said Kevin Goradia, CEO and co-founder of Crux Collective and Crux Climbing Center. “In the five years since launching Crux in Austin, we’ve demoed, implemented and cycled through numerous gym management systems. After opening our second location and with a third under development, we knew it was time to invest in the future of our gym’s operations. We believe Approach is that future. We share a collective mission with Andrew and his team to empower independent gym owners to improve and grow their businesses. Crux Collective is proud to support technology that will give gym owners a competitive edge for years to come.”

The Cost of Free Video