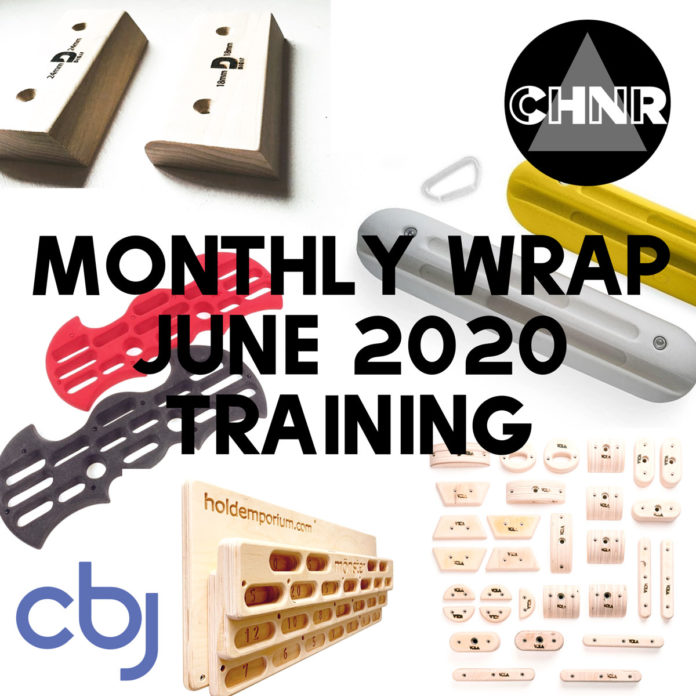 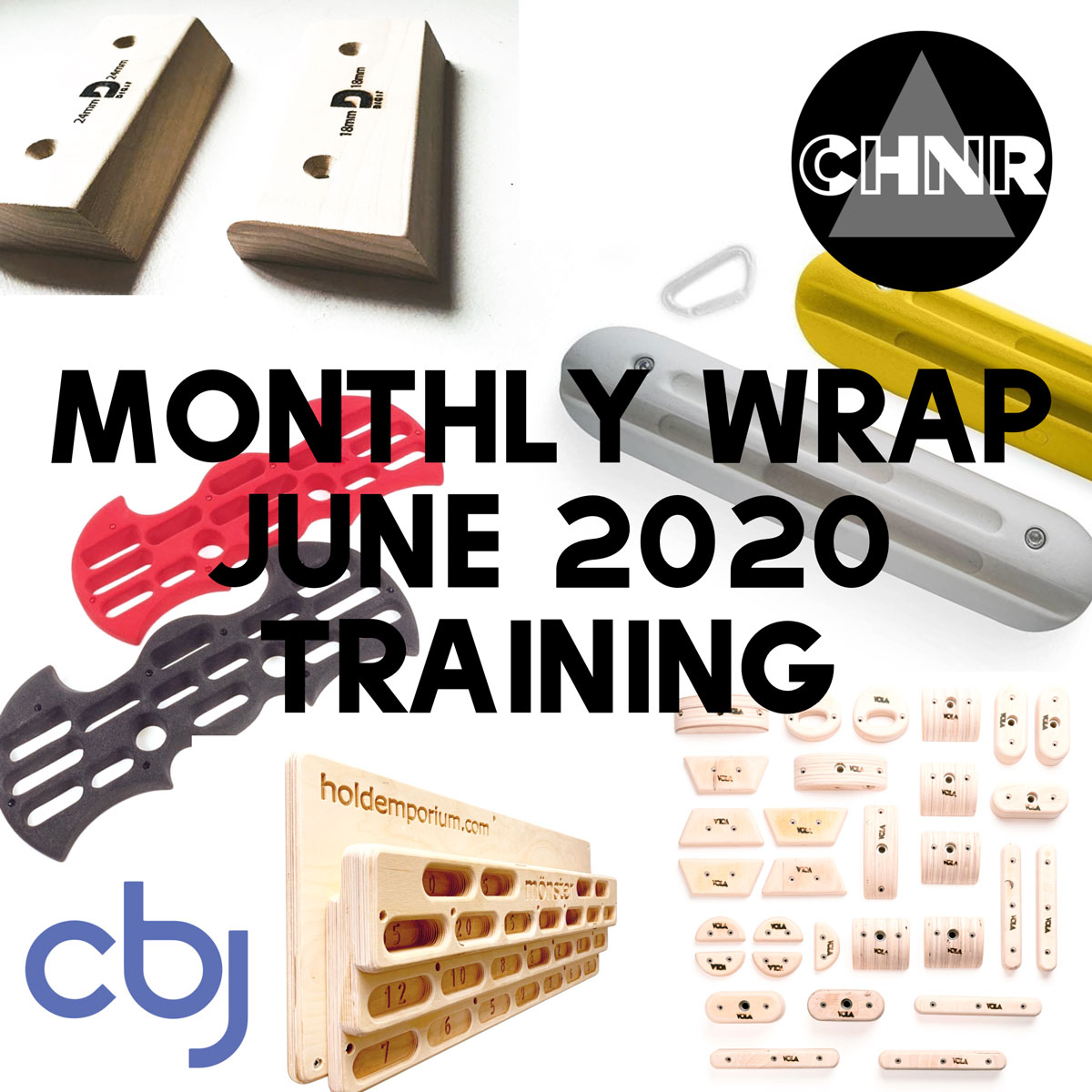 A few weeks ago we covered climbing holds – the new brands and shapes that launched during June. Here we will explore new training equipment that was released in the last month. You can check out all my reviews here. 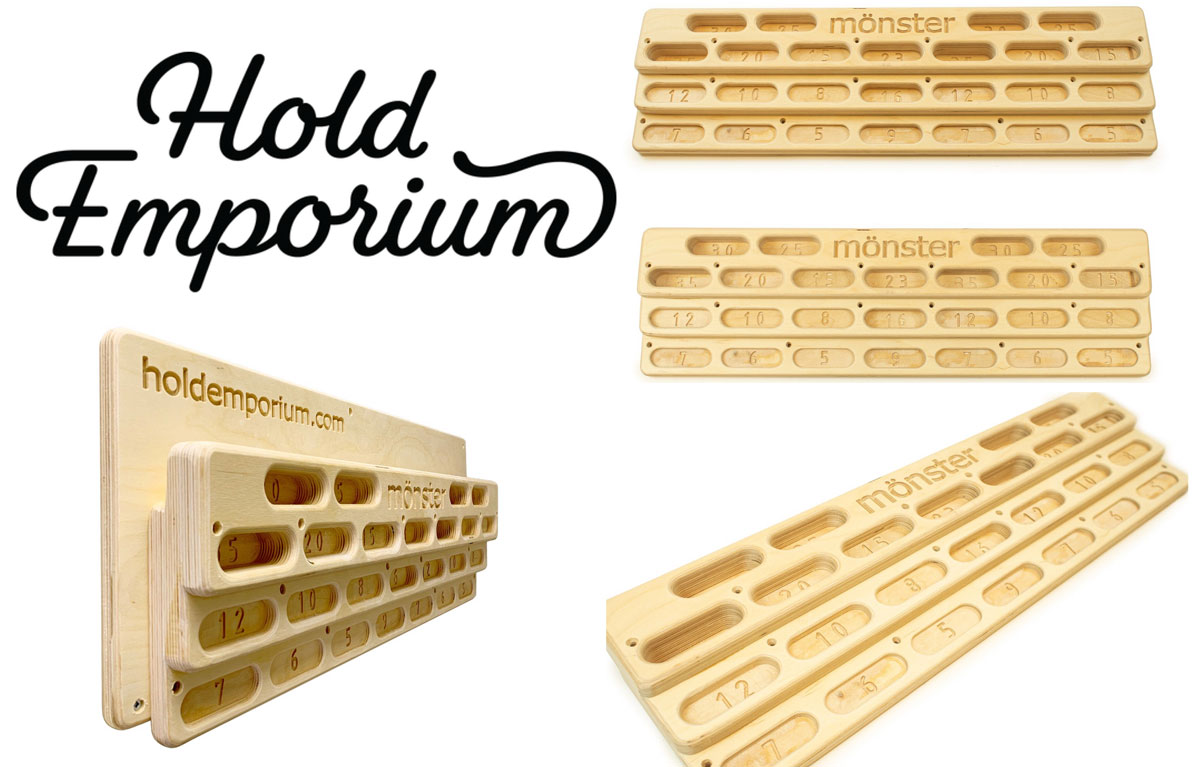 Hold Emporium is a Canadian company which is releasing a “monster” of a hangboard.  The Mönster Board is designed to build “monster finger strength,” and features a variety of edges on a relatively large board.  There are 14 edges clearly labeled ranging from 5mm to 35mm in depth.  There are also three single edges designed for one arm hangs or offset training.  We would be remiss to mention this board was designed by professional climbing coach Matt Chapman. holdemporium.com 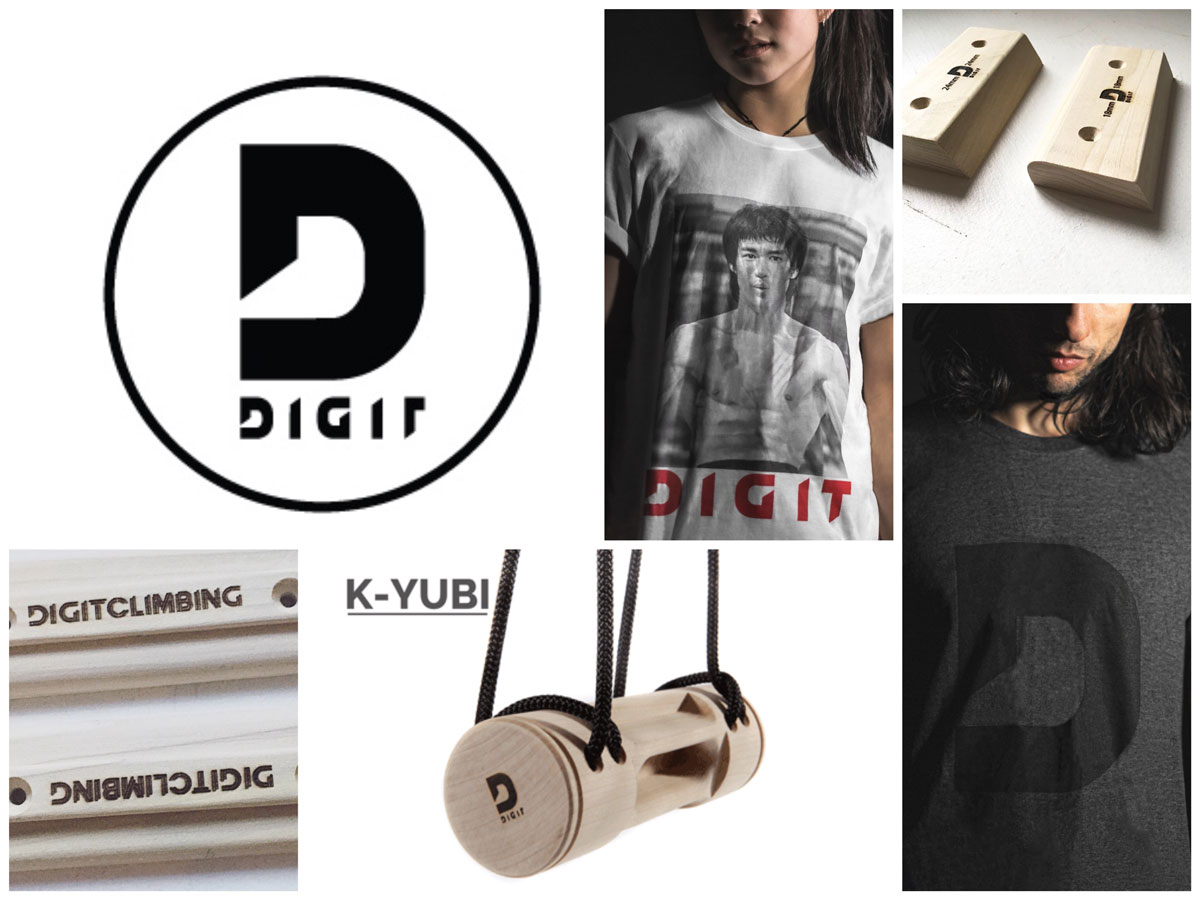 Digit Climbing is a Canadian company that specializes in wooden training holds and equipment.  They have recently released several additions to their lines including the new Campus Crimps, Three In One (featuring 3, 4 and 6 mm edges), the K-Yubi which is a smaller portable hangboard version of their larger Yubiboard as well as Paraletts, Nano Trainer and new shirts. digitclimbing.com 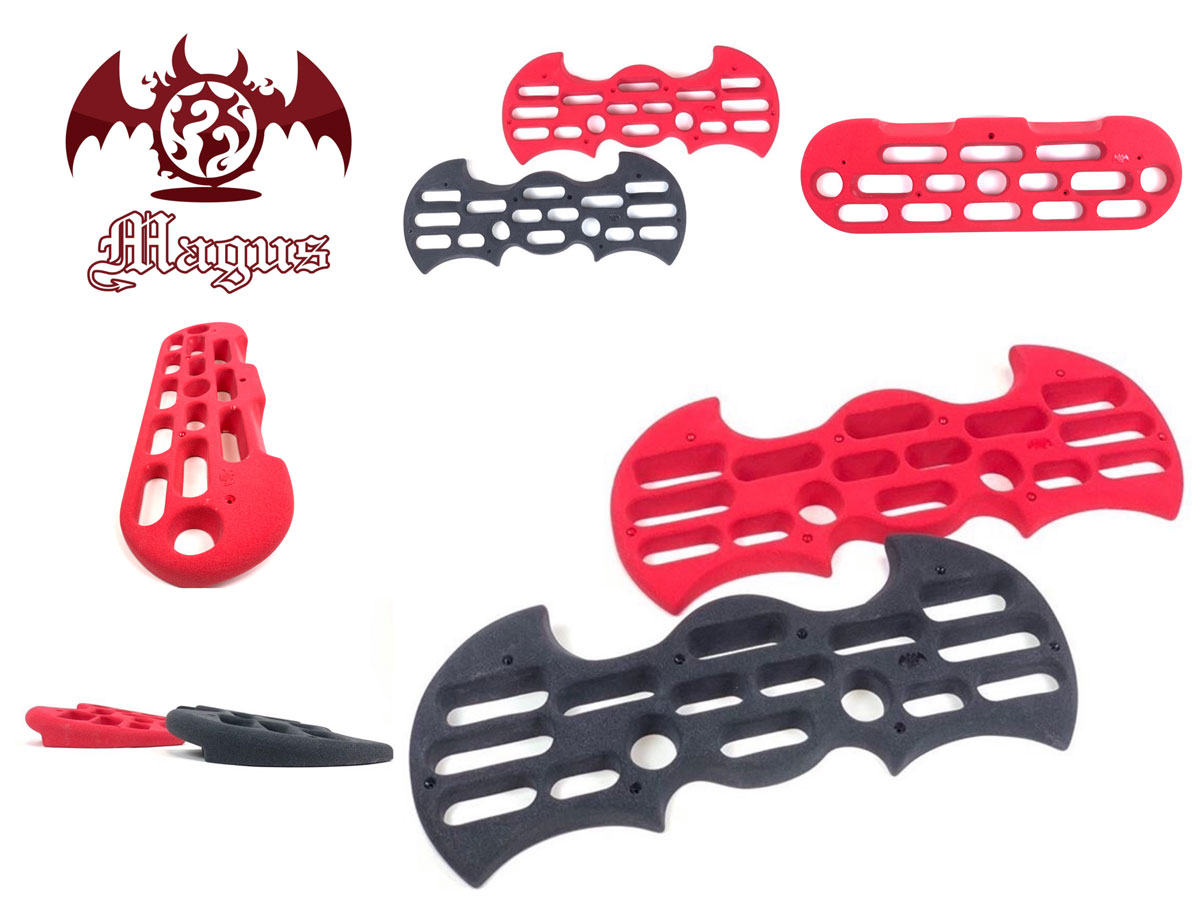 Magus Holds is a Japanese company which has recently released two polyurethane hangboards.  The Basic is a typical hangboard oval shape while the Vamp is a hangboard that looks much like the Magus Holds bat logo.  Both feature multiple edges, jugs, pockets and slopers – but the Vamp is specifically designed with more advanced climbers in mind. magusholds.theshop.jp 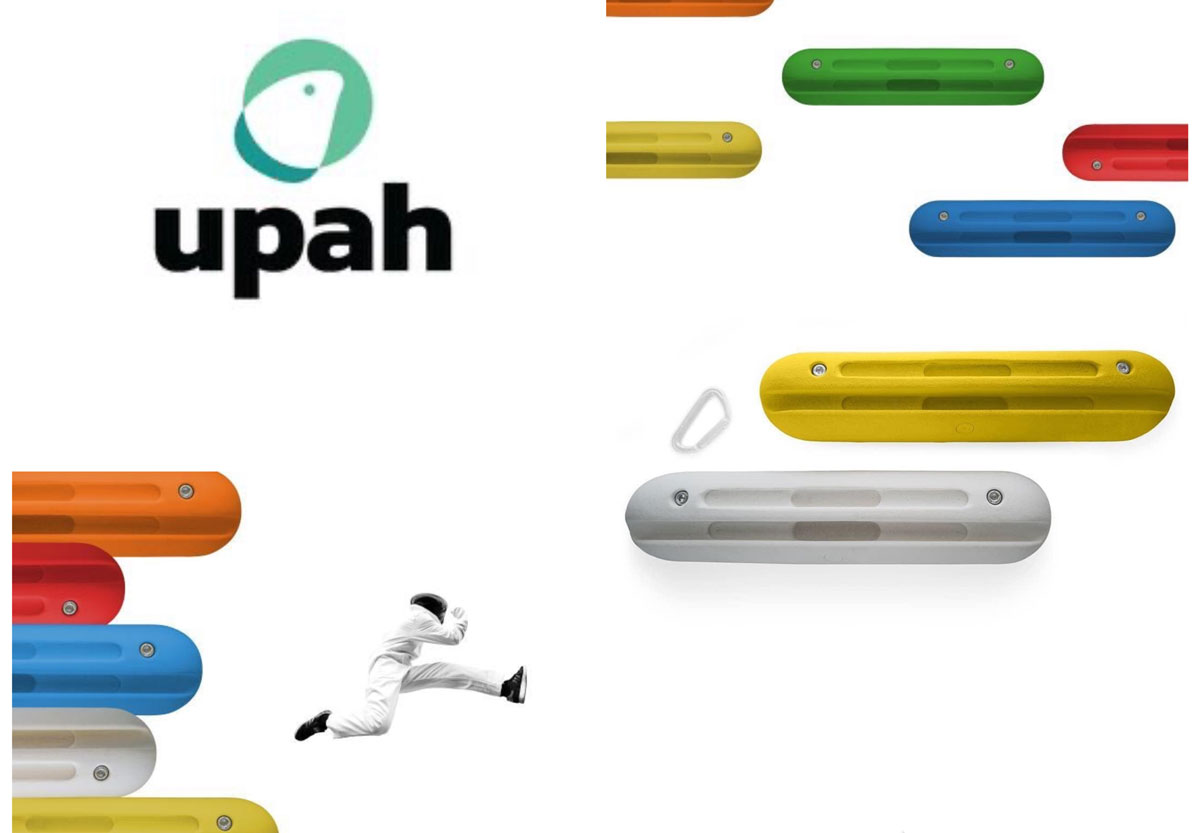 Upah Holds is a newer climbing brand based in Portugal which manufactures polyurethane holds.  They have recently released The Hangboard, described on their website as a “simple yet effective fingerboard with nice slopers on the top with two sets of small half-pad crimps, one set of full-pad crimps and two single bigger edges for one arm hangs.” upaholds.com 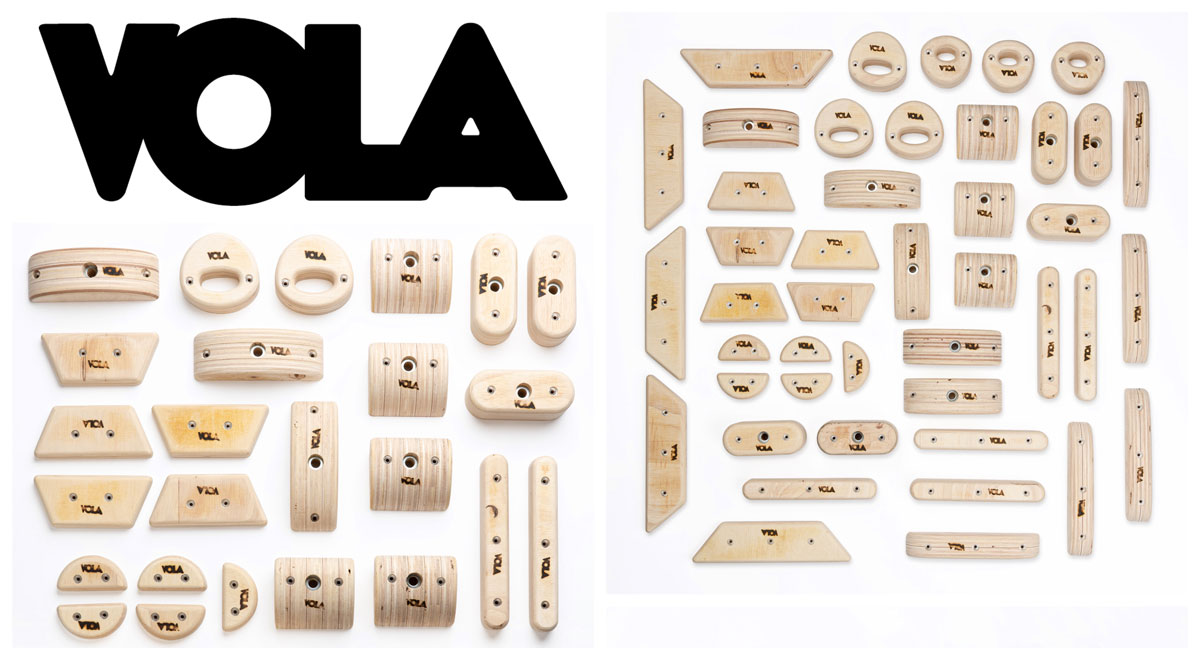 Vola is a company based out of Thailand specializing in training equipment but they also have a large selection of wooden dual texture, single texture holds and volumes.  Recently they released 3 training sets including Small (30 holds), Medium (44 holds) and Large (51 holds) which are all wooden and range from jugs, crimps, pinches, rails to pockets.  These holds feature both screw-on and bolt-on options and can be attached to any training wall or hangboard station. thevola.com