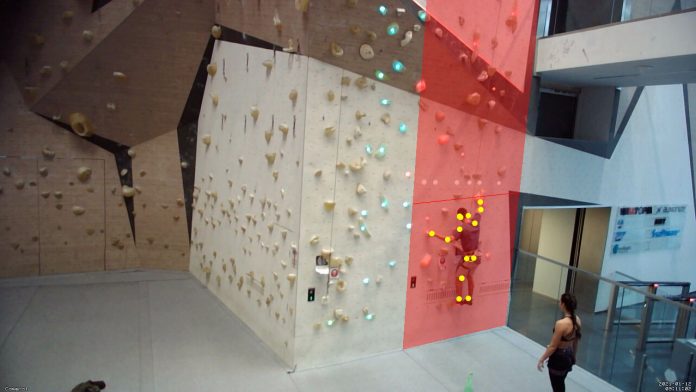 Techtopia, a member of the Walltopia Group of companies, recently announced the launch of a new product to help solve the complex problem of safety in climbing gyms.

In theory, climbing walls and high ropes sessions should be the safest of all “adventurous” activities. The environment is artificial and controlled, the equipment is well-engineered for the job, and there are tried and tested auto belay systems available to protect all involved.

In reality, human error can change the equation.

There seems to be an assumption that mechanical or technical failure is more common and serious than human error. The opposite is true. Accidents in climbing gyms are far more likely to be due to human error than mechanical failure. For instance, high-risk situations where a climber starts a climb without having attached to an auto belay have happened. Fortunately, accidents are rare, but the goal should be zero accidents.

According to Techtopia, when designing operations and choosing equipment, there is a need to reduce the possible negative impact of human factors. It is crucial that wherever possible, at every critical point in the system, there is some form of a double-check.

“We stand at the dawn of a new era. It’s an exciting time to be living and working, especially in IT. Various digital enabling technologies, such as AI and IoT, have come of age together, allowing us to work and operate in ways that were impossible a few years ago. In the world of artificial climbing, ensuring climbers’ safety has always been a top priority and a challenge. In a climbing gym, the importance of safety is a life-saving matter,” says Dian Deskov, one of the founders and CTO of Techtopia.

That’s why Techtopia’s team of high-tech engineers has created a superior belay supervision system. It relies on AI and incorporates the latest technology in image recognition into an all-seeing camera device that detects the movement of a climber approaching the climbing wall, follows and analyzes their actions while observing multiple points on the climber, and sets off an alarm in case the climber forgets to attach to the belay system of the wall and trespasses a certain height or into a neighboring climbing route. Gym owners can set the zones and parameters they want to have observed and monitored.

The name of the belay assurance camera system―a proprietary development of Techtopia―is Higher Eye. Its camera is highly durable and resistant to the challenges a climbing gym can pose upon it. Beyond its core function to set off an alarm when a climber is not attached to an auto belay, the trained algorithms bring multiple additional features, such as:

“If desired, the information can be further analyzed by applying predictive models to forecast the patterns that bring about the dangerous behavior, and even more, to get better refinements on the recognition,” explains Deskov.

In the future, Higher Eye could also be used to prevent accidents outside the gym, such as at intersections on the streets or public transportation stations―anywhere video and image systems can be leveraged to prevent human mistakes that could be a matter of life.