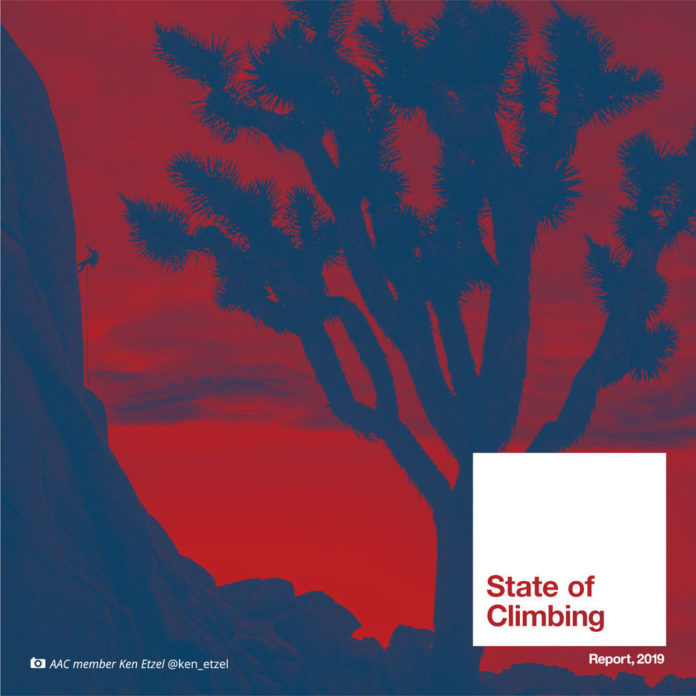 The American Alpine Club recently released an extensive analysis of the entire climbing industry, known as the Climbing Report. The detailed chronicle, which can be accessed online at the link below, explores not only demographics of the climbing community, but the community—and the industry’s—impact on the larger American economy and the environment. Statistics included in the report range from the average ages of climbers (65 percent of which are between 18-35 years old) to the portion of outdoor climbing areas that exist on land managed by the federal government (57 percent). Climbing, on the whole, pumped $12,450,000,000 into the economy in 2017.

Of particular note to the indoor industry, specifically, is that indoor climbers make up more than half of the entire climbing population, and more than four percent of Americans climbed indoors last year. Also, the Climbing Report presents statistically less than one injury incident per 1,000 hours of participation at climbing gyms—which is less than the average injury rate for other facility-based fitness activities such as CrossFit.

Incidents Down After Tube Belay Ban in Singapore