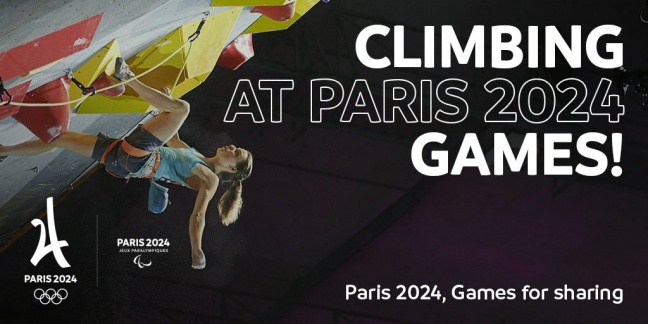 During a press conference in Paris, France, the Paris Organising Committee of the Olympic & Paralympic Games (Paris 2024) confirmed a proposal to include four additional sports in the Sports Programme of the 33rd Summer Olympic Games: Breakdance, Skateboarding, Surfing and Sport Climbing.

The proposal will next be presented to the IOC Executive Board on March 26th-28th. If accepted, the proposal will then be put forward to the 134th IOC Session on 24th June in Lausanne, Switzerland. If approved, Sport Climbing will be featured in the Summer Olympic Games for the second consecutive edition. “It is again a great day: our climb goes on, and new challenges are taking shape beyond Tokyo. We are happy to see that Paris 2024 is supporting the new wave, which is strengthening the Olympic movement. We are grateful for the proposal’s recognition of the value of Sport Climbing and the work the IFSC has done. We are proud to be part of this process and we look forward to the next steps in the following months,” says Marco Scolaris, President of the IFSC.