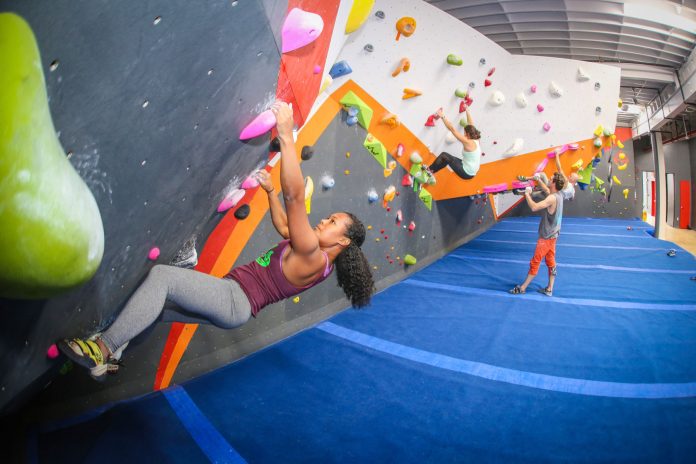 Behind the Desk…is a series that interviews people who work at gyms and are part of the climbing industry. When we heard that The Cliffs at Harlem, a newly opened gym in New York City, was offering membership scholarships and free day passes to anyone who lives in the neighborhood, it sparked our interest. So, we reached out to The Cliffs’ Director of Operations, Emily Buckley, as well as the General Manager at the new Harlem location, Lulu Rodriguez, to learn more about The Cliff’s community programming.

According to The Cliffs website, The Cliffs at Harlem is offering 50 community scholarships in total. The scholarships are available to all Harlem residents who have an EBT card or qualify for reduced lunch at a Title I school and check-in three times per month. Benefits include a $25 monthly membership or $18 monthly membership for off-peak hours (discounted from the $115 month-to-month opening membership promotion), among other perks.

CBJ: Before we dive into the gym programming, I’d enjoy hearing how you both got interested in climbing—your respective climbing origin stories, basically.

RODRIGUEZ: I pretty much started climbing at my university’s rock wall. I had no experience at all; I just needed a job and when I applied to work at the university’s Outdoor Pursuits program, they were kind enough to hire me. So, climbing was something that I slowly got into. I just fell in love with the sport and everyone I got to meet along the way. That interaction with people—and working on this thing together—was what made me want to stay around and work there the rest of my time at university. And when I graduated, I started working at another climbing gym and just kept climbing and engaging with people. Getting to make that my career as well was really awesome.

BUCKLEY: I was actually living out in California and was working in the CrossFit world—more in kind of a corporate setting there—and was reached out to by The Cliffs. I wasn’t a climber, so I started working and my first handful of months (before any larger business decisions were made) was all about getting involved in the climbing community and getting to know what it was all about. I had an amazing group of staff from our Long Island City location that took me under their wing and mentored me a lot with climbing. Over the last three years, I’ve gotten to go on a lot of amazing trips—it’s nice when climbing can be seen as part of your work as well.

CBJ: Emily, what were some of the biggest differences that you saw between the CrossFit world and the climbing gym world, when you made that career transition?

BUCKLEY: That’s a huge question. It’s interesting, though, because the CrossFit community and the climbing community are not actually as different as one would think. CrossFit gyms run primarily based off of their community—and that is also very similar to how climbing gyms are run. The atmosphere of getting people who want to help each other improve and be there during these milestone achievements is all the same. It’s just a little bit different, I would say—the climbing industry is a little more relaxed than the CrossFit industry. But there are more similarities than differences.

CBJ: You both have worked at other climbing facilities. What is it about The Cliffs that makes it a preferable gym in which to work?

BUCKLEY: For me, the atmosphere of working with a bunch of people who really want to be at these locations and really have a passion for climbing—that’s super cool…especially living in a place like New York City where we don’t necessarily have great outdoor access. The closest crag is the Gunks, which you need a car to get to. You also need a pass to get onto the preserve. And you need to go with someone who leads trad. So, there are quite a few roadblocks. It’s really important to be able to have a community within the gym community where you have that same camaraderie that you would have outdoors. Bring it inside. Create climbing partnerships that you’re psyched to have after work. Climb together and go out to eat afterwards. It’s really that community aspect that makes it special.

RODRIGUEZ: Climbing people, in my opinion, are the best people. Getting to be around not just climbers, but also staff—the staff and everyone that works here is very supportive. We’re all psyched about the same goal, which is providing climbing for everybody.

CBJ: That’s a good segue because I know that community connection has been cited as an integral part of The Cliffs. But within any city or neighborhood anywhere, there are going to be many communities. How does a gym appeal to many—and ideally all—communities?

BUCKLEY: I think that’s part of the crux of opening up new gyms. For example, last year we opened a new gym in Philadelphia; we’re primarily based in New York City, so that was a gym not only in a new city or community, but in an entirely new state. What we’ve tried to do is learn about the communities that we’re opening up in. Hire people that live in those communities, so we make sure we’re having representation from communities. Work with local businesses to come in and put up tables or create partnerships with them. That all helps us integrate. Of course, this is all a constant work in progress.

CBJ: And I know The Cliffs does a lot of youth outreach too—with schools and youth-focused non-profits. So, is the thinking that getting people to climb when they’re young will result in them growing up as climbers in the community?

BUCKLEY: Yeah, I mean, that’s the dream—getting people into climbing, diversifying the community from that point and moving forward. We do have some programs at our locations where we’ve had kids who started in our rec program, then they joined our team, then they started working front desk for us, and then they moved into a coaching position in the gym. That kind of progression is really beautiful. And hopefully that’s something that we can also recreate at the Harlem gym as well. We haven’t started youth programming there quite yet since we just opened, but we’re trying to get a feel for how many people are coming through the door from an occupancy standpoint due to COVID. But it is certainly on the list of things that are a priority for us to start incorporating there.

CBJ: Have you ever given any thought to the flipside of youth programming—which would be targeting older folks and seniors?

RODRIGUEZ: That’s funny that you mention that because on my walk over here, I took a different way—just to explore new paths to work—and I walked past a lot of senior homes and my first thought was, ‘Hmm, I wonder how we can get them climbing.’

BUCKLEY: Yeah, I think it’s brought up here and there. Potentially at our rope climbing gyms, that could be really cool.

CBJ: More about the new Harlem gym, specifically: how did the idea of giving free day passes to all Harlem residents come about?

BUCKLEY: We have an awesome Memberships Director who is always looking out for ways we can improve our offerings. So for the free day pass, it really falls under trying to welcome the local community in, and removing the barrier-to-entry for local communities. If we want to be successful, we have to integrate with the communities around all of our gyms. So, how can we ensure that we are creating a really low barrier-to-entry for people to come through the doors, have an awesome experience, and hopefully from there want to sign up? Coupled with that, we are in the middle of a pandemic that has been financially detrimental to many people—and we don’t want that to deter people from finding and falling in love with climbing.

CBJ: I think a lot of gyms—for decades—have utilized the concept of giving out free day passes in some form or another. But scholarships at gyms have gone a step further, with membership discounts, gear bundles, etc. Can you explain a bit how your scholarships fit into The Cliffs mission?

BUCKLEY: We recognize the importance of what we need to offer to the local communities that we’re opening in. New York City is a true “melting pot” and we believe our gyms should be inclusive to all those who live in the city. While we have always been cognizant of making climbing and the outdoors more accessible to folx, this past year has put this particular topic in the limelight among the industry as a whole and we recognize that we have a hands on opportunity, specifically with the opening of our Harlem gym, to make climbing more accessible. While we certainly have not perfected our offerings or strategies towards this, and we are constantly trying to do better, the goal is to make our facilities more accessible so more people can fall in love with climbing.

CBJ: In terms of strategy, even before you get people through the door, you have to make them aware of the gym’s existence. So, how do you get the word out to people in any neighborhood about a new gym?

BUCKLEY: That’s the goal. We have a pretty solid marketing team who does a good job of reaching out to press. Unfortunately, due to the pandemic, our resources were a little low this time around. But, in general, it’s press outreach, it’s local community outreach, it’s free day passes—going around the neighborhood and handing out free day passes. Being in a pandemic where you’re supposed to limit physical interaction with people has also made it challenging. But I do believe there are ways to make it happen.

CBJ: And what about the next phase—after people have become aware of the gym and utilized their free day pass—how do you get them to come back again and again?

RODRIGUEZ: Obviously spending time with new climbers while they’re climbing and creating a positive and welcoming experience—especially when it comes to empowering somebody, or if it’s a parent, then empowering the kid and motivating the kid.

BUCKLEY: Systematically, we really try to provide a good experience. This means people are greeted in a friendly manner when they walk through the door. We try our best to have state-of-the-art facilities…awesome climbing walls, good amenities. I know some gyms put a lot of focus on stressing membership sales and being salespeople on the floor. We don’t really like that approach. We want people to be friendly and welcoming, and we want the experience to sell itself. We are actively trying to understand the needs of a community and how—and if—we can provide a solution. 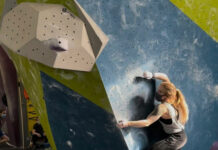 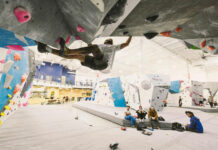