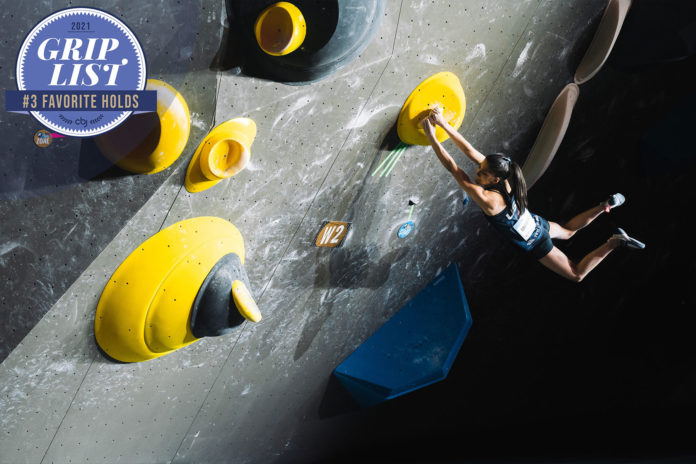 French-based hold company Cheeta is one of the most recognized brands in the game, from local hometown gyms to the largest stages of international competition. They remained in 3rd place in the Setter’s Choice vote for the second year in a row, and in the Top Five for a third consecutive year. Their international presence and popularity is largely due to the simple yet fundamental philosophy that drives their design: letting setters “shape the movement.”

Cheeta was born from the mind of legendary French setter Laurent Laporte, who first started shaping his own holds in the ‘90s and continued to hone his designs while setting for World Cup competitions. His designs eventually developed into Cheeta, which is a consistent staple at IFSC comps, was featured in the 2018 Youth Olympic Games, and was the only company in the Tokyo 2020 Olympics to feature volumes, macros and holds.

Cheeta is known for its swooping shapes like the Tajis, it’s clean-angled and stackable volumes, and its innovative and recognizable designs like the Sky Balls and Craters. As Mike Bockino, Routesetting Program Manager for USAC, puts it, Cheeta offers “versatility, assorted sizes and tapers, and tons of variety.”

This year Cheeta is slated to launch new series within familiar hold families, including new PU Taji Pinches and a futurist line of Shaperiders, designed to be paired in nearly infinite combinations that effectively allow the setter to become the shaper.

Cheeta is distributed in the US by Premium Holds and, in just a handful of years, has become wildly popular in North American gyms. “We think that, quite simply, the setters love the freedom and the inspiration our products give them,” says Canon Huse, the director of Premium Holds.

“Cheeta is truly pushing the standard for what it means to curate movement with a specific intent,” says Mitch Newman, Assistant Director of Routesetting at El Cap Holdings. “Their detail-oriented process provides shapes and surfaces with a breadth of useful elements.”

What setters are saying about Cheeta: 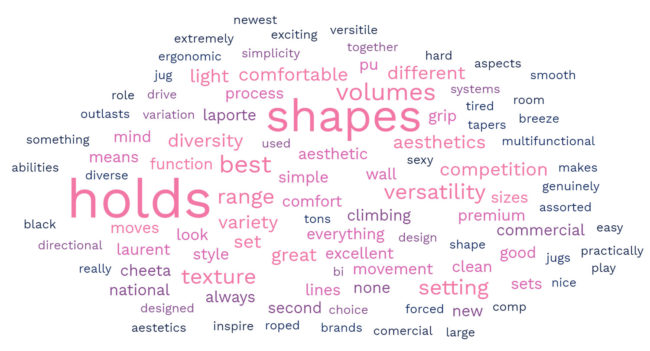