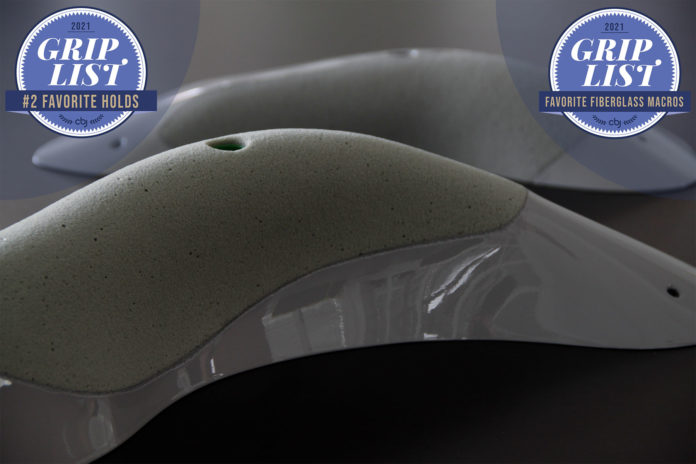 In the quickly evolving landscape of hold shaping and routesetting, Flathold always seems to be pushing the boundaries of innovation and creativity. Flathold claimed the 2nd place spot in the main Setter’s Choice vote for the second year running (its fifth consecutive year in the Top Five), defended its title in the Fiberglass Macros category (which launched last year), and rose to sole runner-up for All-Time Favorite Holds. Since the Grip List started in 2014, Flathold has earned the third most awards of any holds brand.

Flathold is a Swiss company owned by Mathieu Achermann and Manu Hassler, who are both long-time setters and the designers behind the shapes. Hassler is one of the more recognized names in international setting, having set IFSC World Cup events since 2012, and was one of just a handful of setters chosen for the recent Olympic Games in Tokyo, where Flathold’s shapes were featured. And while Flathold’s shapes are often seen in high-profile competitions, their creativity is purer than just keeping up with current trends.

“If you just try to create what people are waiting for, in my opinion you will always be late on the market,” says Achermann. “What drives our creativity is not what the gyms are waiting for but what we think will be interesting to use as a routesetter.”

This approach led to their sleek fiberglass macros, the first of which was released in 2016. “We were one of the first brands to re-modernize the old school fiberglass volumes, shaping simple volumes with clear lines,” says Achermann. “What we are the most proud of is that we didn’t make a lot of shapes but focused on functional volumes.”

Those holds have stood the test of time, with many of the older ones—like the Thunderbird and Tsunami macros—still feeling modern in both style and versatility. “They truly changed the game with their fiberglass volumes,” says Ben Harrington, Head Routesetter and co-owner at Rock Shop Climbing. “I know that if I grab a Flathold series I can set any style of climb, from straight forward power to a body position tech fest, and everything in between.”

During the ongoing pandemic, Flathold’s foothold in gyms around the world allowed them to continue production, albeit at a slower rate than normal. “We were lucky that the gyms were not closed everywhere at the same time, and we managed to have a balance in the overall sales,” says Achermann. They also used the slow time to expand upon Achermann’s ever-popular Damage Control line. “The coming shapes will expand the range with more positive big holds, round balls, pinches and an interesting quantity of jugs, positive crimps and footholds.” This will make the Damage Control series Flathold’s most complete line.

Setters described Flathold’s shapes as “versatile,” “elegant,” “comfortable and engaging.” As Asha Pradhan, Routesetter at Climber’s Rock in Canada, says, “Flathold really encompasses every shape you could want in your gym. Not only are their shapes interesting, but they have so much variation.”

What setters are saying about Flathold: 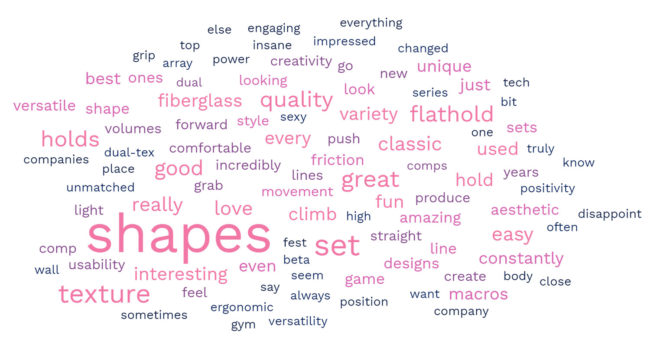