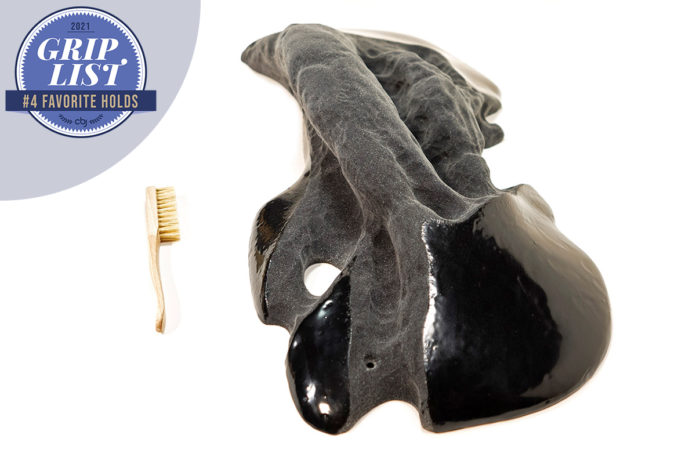 Decoy has been soaring in Grip List voting of late. After nearly cracking the Top Five in 2020, Decoy claimed its first Setter’s Choice award in 2021, while also being listed as a close runner-up for Favorite Homewall Holds, 3rd in the All-Time Favorite Holds vote and 4th in the People’s Choice. An American-based brand, Decoy is a solo project run by long-time setter and climber Dan Yagmin, making it the youngest and smallest company to claim a Top Five berth this year.

Yagmin launched Decoy in New York City five years ago, after many years as a pro setter. He has travelled all over to climb and set, and much of that experience goes directly into his shapes. “I am largely inspired by the natural world,” he says. “I spend a lot of time in the outdoors studying real rock to find ideas for hold shapes. I want to bring the essence of what it feels like to climb on a particular rock type and make that available to the indoor climbing audience.”

That essence shines through to setters. “Decoy makes beautiful, sculptural holds that feel just as smooth to the touch as they are easy on the eyes,” says Daniel Marshall, Head Routesetter at CRG Glastonbury. “It is genuinely difficult to set bad routes with Decoy holds.”

Yagmin’s deliberation and attention to detail goes into all of his designs, from rock-textured holds to smooth holds and a clean dual-tex. In addition to his popular Schist and Sandstone lines, Yagmin has also been developing his Rollie line specifically with competition setting in mind. This line includes larger, directional, screw-on holds with a dual-tex finish. That focus is recognized by setters and coaches alike. “Decoy makes an exceptional mix of holds suited for the new-age competition climbing,” says Sebi Krzaczek, Head Coach at The Cliffs LIC.

While larger, eye-grabbing holds have grown in popularity, Decoy has maintained a focus on smaller to medium-sized shapes. That focus paid off this year with the ever-expanding market for homewalls, and Decoy came in a close 2nd place in the Favorite Homewall Holds vote.

Yagmin also puts an emphasis on incorporating technology into his shaping. In addition to classic foam shaping, he also utilizes digital modeling and 3D printing to produce his shapes. He’s currently developing a fully symmetrical training board made from digitally created holds. “[The board] will offer hundreds of new shapes suitable for home wall users, as well as adding sets with smaller footprints across all of my available lines,” says Yagmin.

What setters are saying about Decoy: 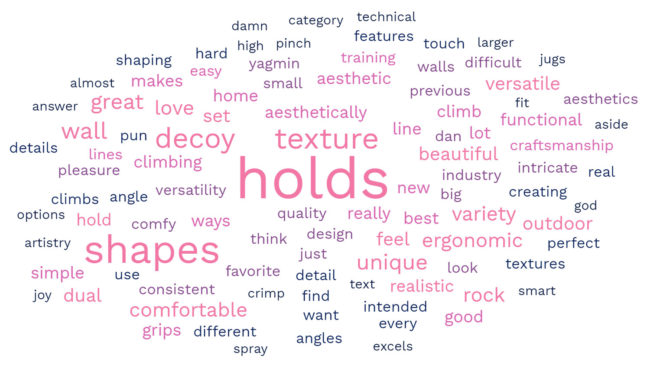