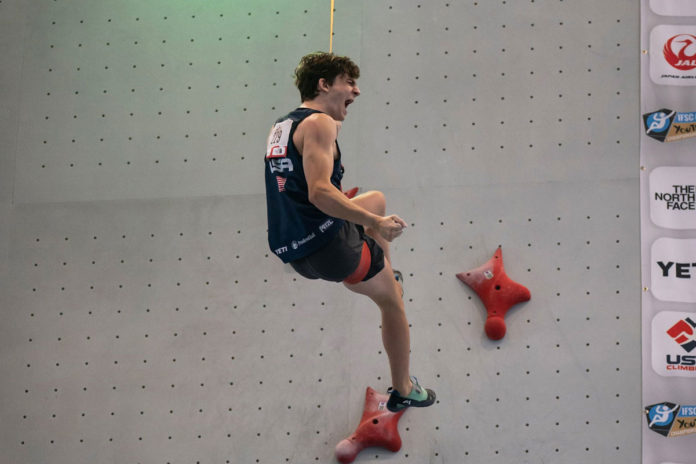 In total, the championships drew 450 young athletes from around the globe. Furthermore, these championships marked the first time in history that the “Youth Worlds,” as the event is commonly known, were held in the United States. (Previous host countries have included Russia, Italy, Austria and Canada, among others.)

The Youth World Championships are renowned for consistently providing some of the most exciting singular moments of the various competition circuits, and also giving a glimpse of superstars-to-be. To that point, Slovenia’s Janja Garnbret, France’s Oriane Bertone, and Team USA’s Brooke Raboutou, Natalia Grossman and Colin Duffy all shined on the international youth circuit before finding success at the adult level—as did many other competitors whose skills were fostered through national-level youth programs.

Some of the earliest highlights of this year’s Youth World Championships were the smashing of various records in the Speed discipline. Team USA’s Sam Watson, nicknamed “Sub-Six-Sam” for previously breaking the hallowed six-second speed climbing time at the age of 15, set a new World Record (in the Male Youth A category, as well as the overall youth category) during a Small Final race with a time of 5.37 seconds. Watson ultimately earned a bronze medal, with France’s Marius Payet Gaboriaud and Italy’s Marco Rontini earning silver and gold in the Speed Youth A category, respectively. Other record-breaking moments came when Great Britain’s Rafe Stokes lowered the British Speed record from 6.5 seconds to 5.93 seconds en route to a fourth-place finish in the same Youth A category; Germany’s Leander Carmanns bettered his own German Junior record from 5.74 seconds to 5.72 seconds in the Male Juniors category, eventually earning a bronze medal; and Japan’s Motonori Tabuchi set a new record of 6.17 seconds in the Male Youth B category and placed fifth. Ukraine’s Ksenia Horielova, Polina Khalkevych and Hryhorii Ilchyshyn also excelled in Speed, bringing back a gold and two silver medals during a challenging time for their country. (Full results of all the age categories and disciplines can be found on the IFSC’s website here.) Particularly for American fans, it is worth noting that all 18 participating athletes for Team USA advanced to Speed finals.

The Boulder discipline featured a flash format for the qualification round, in which competitors could watch the attempts of other competitors. Anastasia Sanders and Hugo Hoyer, both of Team USA, wowed the crowd by ultimately advancing into the later rounds and securing gold medals in their respective B categories. Another American, Kylie Cullen, secured a bronze in the Female Juniors category, with other American standouts in various age categories including Dillon Countryman, Olivia Ma, Analise Van Hoang and Auggie Chi. Team Japan also found consistent bouldering success, eventually earning podium places in all but the Female Juniors category.

Team Japan was comparably impressive and consistent in the Lead discipline, where gold medals were won by Zento Murashita (Male Juniors), Sorato Anraku (Male A), and Nonoha Kume (Female Juniors). Team Slovenia’s Sara Copar and Lovro Črep, who have garnered some buzz from pundits over the past couple of years, also shined in Lead—with Črep earning a bronze medal (Male Juniors) and Copar earning a silver medal (Female A).

The general consensus was that the routesetting for the entire championships provided good separation within the field of competitors, and the gyms provided an apt stage for the young athletes who are likely to shine on the adult World Cup circuit in the coming seasons. “These are our future World Cup climbers,” noted photographer Jason Chang (Instagram: @theshortbeta) during the event, “and there’s probably a good amount of future Olympians here.”

The event was not wholly without controversy. The initial days of competition did not feature a livestream, and instead saw IFSC commentator Matt Groom host brief recap programs with highlights and interviews. But the lack of a livestream seemingly drew objections and disapproval—particularly from parents around the world—and prompted the IFSC to release a statement that read in part: “Our intention was the showcase the Youth Worlds to a wider audience through a more informal daily show that featured interviews, fun content and some climbing…We underestimated the appetite to watch the event live.” As a result, the Speed finals, Lead semi-finals and Lead finals were livestreamed, and the IFSC apologized to the boulderers that “missed out on showcasing their talents to the world through a live stream.”

Regarding the event on the whole, Chang added, “I loved seeing so many happy kids and families, mingling with other teams, and enjoying themselves. It’s cool to see us as a big global family with a common love.”

Special thanks to Jason Chang for helping compile this report. 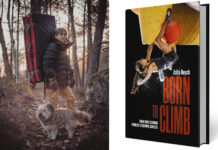 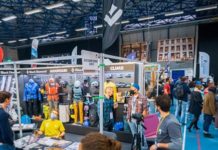 Comp Combines Spicy Chicken with Epic Sends: Behind the Desk With...