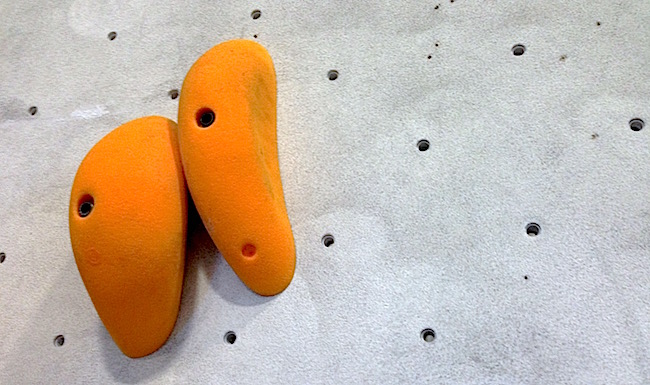 We all know that hitting the climbing gym can make us feel better. But why? Now we know thanks to a one-of-its-kind study by a group of German researchers.

The researches at the University Hospital in Erlangen, Germany put forth a hypothesis asking whether climbing, specifically indoor bouldering, can have a therapeutic effect on people suffering from depression. The short answer, yes!

The study, conducted by researchers at the University Hospital in Erlangen, Germany, spent 16 weeks studying 47 participants, half of which (the “intervention group”) took part in this unique combination of mental and physical therapy to treat depression, while the other half served as a control.

The “bouldering therapy” consisted of a 8-week prescription of weekly bouldering sessions lasting three hours each. The therapy was held in groups of about 12 patients under the supervision of two mental health therapists (psychologists or registered nurses with a specific psychiatric qualification) who had undergone training in “therapeutic rock climbing” at the Austrian “Institute for Therapeutic Rock Climbing”. One of the therapists in each session was a climbing instructor certified by the German Alpine Association. The therapists also had several years of climbing experience themselves.

Each session began with a short meditation or mindfulness exercise; thereafter, the subject of the specific session was given, followed by a short psychoeducation on this subject. The session proceeded with subject-related bouldering games or exercises. Participants were encouraged to engage in new experiences (for example, bouldering blindfolded). After a break, the last part of the session consisted of free bouldering by which participants in small groups worked on their individual projects supported by the therapists. Each session ended with another mindfulness meditation and a gathering about what was experienced and how this could be integrated into daily life.

To measure the severity of participants’ depression and its increase and decrease during the study, the researchers used a multiple-point questionnaire called the BDI-II. The BDI-II is used to measure the intensity of depression.

During the 8-week bouldering therapy, the “results indicated positive effects on the measures of depression” with the intervention group. Their BDI-II score improved by 6.27 points, which is considered more than one severity grade on the BDI-II. For the same time period, the control group’s BDI-II improved by only 1.4 points.

Why might bouldering therapy be effective in treating depression? The authors think it something to do with the physical activity itself. Similar to other research directed at depression, being physically active has shown to have a positive influence on depressive symptoms. However most of these intervention studies consisted of running or aerobics, and aimed at improving or maintaining one or more components of physical fitness. Bouldering, on the other hand, focusses in particular on the mental aspects.

For this reason the authors wrote that, “Bouldering may be especially interesting as a therapeutic tool since many people with depression have poor physical health, low levels of fitness and physical self-worth, and less motivation for heavy physical effort.” The authors noted that bouldering allows for a different level of challenge for any skill level. So people of different fitness levels can therefore easily boulder together in the same group without being underchallenged or overstrained.

In addition, the authors hypothesise that bouldering enhances feelings of self-efficacy as the mastering of bouldering problems can be seen and felt directly and within a short amount of time.

Physical activity seems to be important in treating depression, but the authors note that, “It seems to be more effective if it is conducted in groups (higher endorphin release) and if it is done regularly.”

Bouldering’s popularity is due in large part to its high degree of social interaction. This sociability is especially encouraged in bouldering therapy as participants are trained to support each other, to work together on bouldering problems, and to provide feedback and even applause.

“Social interaction might therefore be a strong therapeutic component of the bouldering therapy,” the authors wrote. This idea was supported in the study by the data, which showed a significant increase in coping strategies and a trend toward diminished interpersonal sensitivity.

Another hypothesis put forth focused on the mindfulness that is necessary while bouldering and that was stimulated by the meditation exercises the participants practiced. The authors note that one of the main symptoms of depression is rumination, an issue where mindfulness and concentration training has shown to be an efficient therapeutic approach.

In contrast to other sports (e.g. running or cycling), bouldering challenges not only the physical but also the cognitive and emotional resources of the individual. Climbing or bouldering combines many of these aspects because rock climbing requires high concentration, can be varied according to the fitness level of the person, needs a high level of coordination, can easily be carried out in groups, and activates intense emotions (such as fear, pride, lust, anger, and more).

As bouldering gyms become more popular and are opened in new markets, it seems a logical development to use the positive aspects of bouldering as a therapy for depression and other mental illnesses. While some psychiatric hospitals in Germany already use rock climbing as a therapeutic approach, to date, there have been only case reports or small observational studies on the effects of bouldering or climbing in the psychotherapeutic field. These studies on therapeutic climbing suggest that there might be positive effects on anxiety, ADHS, depression, cognition, self-esteem, as well as in the social domain.

Even though the results from this study were positive the authors caution that the “hypothesis should be tested in future studies.”