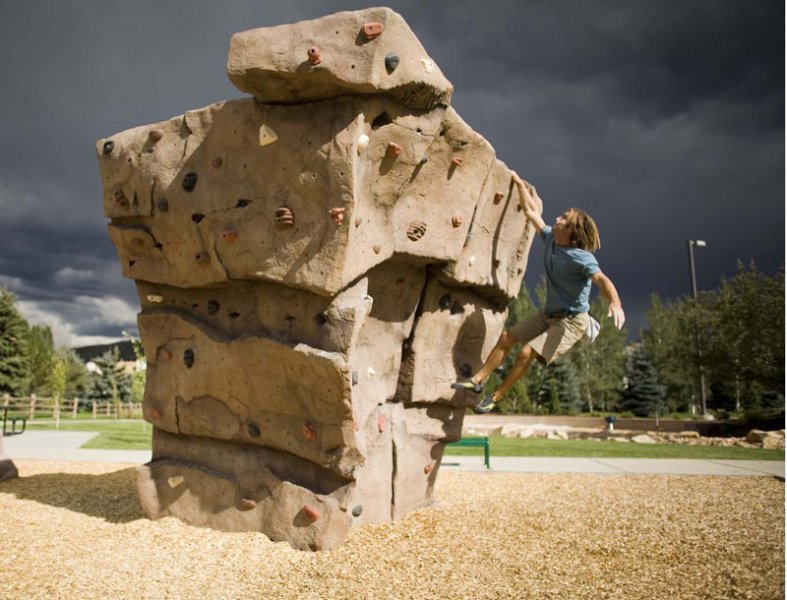 But access doesn’t necessarily correlate to use. Today’s playgrounds have been criticized for being too safe and boring, not to mention unappealing to anyone over the age of 10. Playground equipment manufacturers are building greater levels of risk into their equipment, and outdoor fitness equipment aimed at adults is growing in popularity.

As parks and recreation departments look for more ways to lure people into green spaces and get them active, many are finding solutions in climbing and bouldering structures. Despite its proximity to natural climbing opportunities, the city of Bozeman, Mont., has five boulders in parks throughout the city. “We are an outdoors, athletically oriented community,” explains parks superintendent Thom White. “We have ski mountains and climbing boulders within 25 minutes of the city, but what do we do in town?”

The Bozeman Boulders Initiative started nearly 10 years ago with a group of local climbers applying for the city’s Park Improvement Grant program to construct a series of boulders. “The idea was that you could go to every quadrant in the city via the trail system and climb a boulder,” says White. “You can go to your local park and get a good workout in. You’re not having to invest half your day.”

Ten years ago, climbing might just have been the latest trend, but it’s taken hold in gyms and recreation centers across the country. “It’s a great activity for kids and adults,” says Jason Stollenwerk, managing director of Entre-Prises Climbing Walls in Bend, Ore. “A climbing wall is different than a typical slide or other playground equipment. It encourages children to do something that they can naturally do: climb. It’s amazing how quickly they take to it.” Also unlike most playground equipment, it’s not just children who enjoy climbing structures. “Kids are going to the park, but their parents are the ones taking them there,” Stollenwerk adds. The boulders in Bozeman, designed by a local metal fabrication company, include both easier routes aimed at kids, as well as more difficult routes to appeal to adults.

In Bozeman, where climbing is as natural a sport as soccer or football, gaining support for a climbing structure wasn’t difficult. “There was a little hesitation, but once the first one went in, it was a slam dunk,” says White. Not all communities are as quick to climb on board with such a project, however.

“Safety is obviously the biggest thing people are concerned about,” Stollenwerk says. “It’s new to them. They tell me, ‘We’ve seen these climbing structures at other parks, but we’ve never had them. Is it safe? Can anyone use it? Can we leave it open at all times?’ ”

Most communities opt for climbing boulders and walls around 10 feet in height, making them subject to the same ASTM International building standards as other playground equipment when it comes to fall zones and shock-absorbing surface materials. “It’s no different than having your feet hanging over the monkey bars,” says Rasch. “We’ve done a handful of college campuses that want to have a climbing boulder but are worried about liability, since it’s unsupervised. It’s unsupervised just as a playground would be. A user’s feet aren’t going that high off the ground, and if they are, it’s within standard playground height.”

While most parks departments do play it safe with a structure in the 10-foot range, there are those that opt to go bigger. “There are parks departments that have done taller projects that are very successful,” says Stollenwerk. “It’s pretty unique to be able to do that.” The largest free outdoor climbing wall in the country is at Scioto Audubon Park in Columbus, Ohio, where towers and arches soar to 35 feet and draw climbers from across the nation. 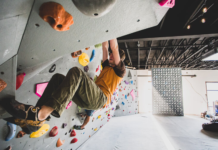 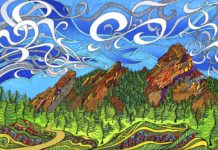 A Climbing Wall Artist: Behind the Desk with Phil Lewis 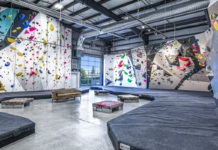 The most recent COVID-19 wave has resulted in a ne

The COVID pandemic was the final push for Jeremy a

A Climbing Wall Artist: Behind the Desk with Phil Lewis