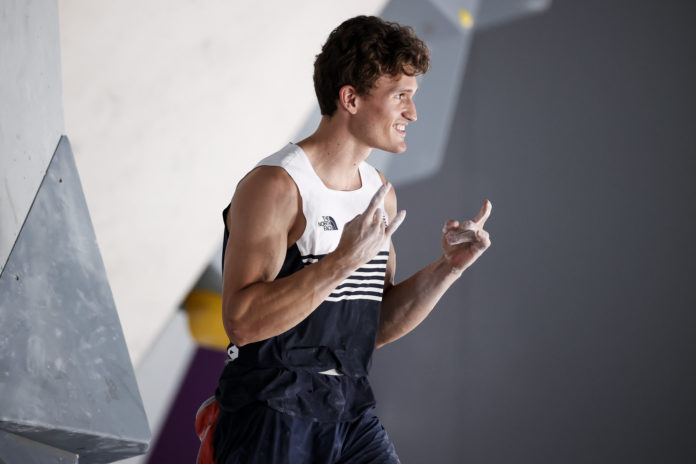 Sport climbing’s highly-anticipated debut at the Olympic Games finally came to a close today. Five years since it was announced that climbing would be at the 2020 Summer Olympics in Tokyo―which were delayed to 2021 due to the pandemic―six climbers became the first to win Olympic medals. Janja Garnbret (SLO), Miho Nonaka (JPN) and Akiyo Noguchi (JPN) won gold, silver and bronze in the women’s division; Alberto Ginés López (ESP), Nathaniel Coleman (USA) and Jakob Schubert (AUT) in the men’s.

40 climbing Olympians in total competed in the sport climbing event, which took place from August 2 to 6. The event consisted of a combined format (speed, bouldering, lead) and two rounds of climbing (qualifications, finals). From North America, four athletes climbed for Team USA―Coleman, Kyra Condie, Colin Duffy and Brooke Raboutou―and two athletes for Team Canada―Sean McColl and Alannah Yip. Besides Coleman, Duffy and Raboutou were among the eight athletes (per gender) to qualify for finals.

In case you missed the medal rounds of climbing’s Olympic debut, here’s a quick recap of how Team USA performed and how the medals were won.

Coleman’s silver medal was spurred on by a strong bouldering performance in the men’s final yesterday. After placing 6th in speed, Coleman finished 1st in bouldering by flashing the first of three problems and being the only athlete to find a top over the last two. When all was said and done, Coleman had climbed just high enough in lead to place 5th in that discipline and 2nd overall. With that result, Coleman became the first American climber to win an Olympic medal.

Coleman’s teammate, Duffy, finished 7th overall. At 17 years old, Duffy was one of the youngest climbers to compete at the Games, and the youngest in the men’s final. After an unfortunate false start in speed, Duffy flashed the first bouldering problem to place 4th in that discipline and climbed to the 3rd highest spot on the lead wall, behind only Schubert and Adam Ondra (CZE).

Gold medalist Ginés López won every race in the knockout-style speed final. Despite placing 7th in bouldering, the 1st place in speed and 4th in lead earned Ginés López the victory in sport climbing’s Olympic debut. Before the night had ended, Schubert wrapped up the men’s final by reaching the sole top in lead, soaring to 3rd place in the standings.

Raboutou, the sole American in the women’s final today, just missed out an Olympic podium. Placing 7th in speed―and a tenth of a second behind Garnbret in one of the races―Raboutou put pressure on Garnbret throughout the bouldering discipline and twice came up just short of a top. An early error on the lead wall cut short the hopes of a podium, but Raboutou still finished 5th overall among 20 climbing Olympians.

Gold medalist Garnbret, after placing 5th in speed, proved unstoppable in bouldering and lead. Garnbret was the sole finalist to top a bouldering problem―twice―and later set an unmatched high point on the lead wall. In the end, Garnbret was the only athlete in any round of the competition to win two disciplines. Noguchi and Nonaka performed well in all three disciplines in finals, giving the home team―Japan―two medals.

The full Olympic climbing results (and links to more commentary) are listed below, and a full breakdown of the results can be found at Olympics.com. The next Olympic Games for sport climbing will take place at the 2024 Summer Olympic Games in Paris. Twice as many medals will be on the table then: 6 in speed climbing and 6 in bouldering/lead. Stay tuned to CBJ as more Olympic updates become available.

Who Won, Who Lost, And Why At the Men’s Olympic Sport Climbing Finals (John Burgman, Climbing)