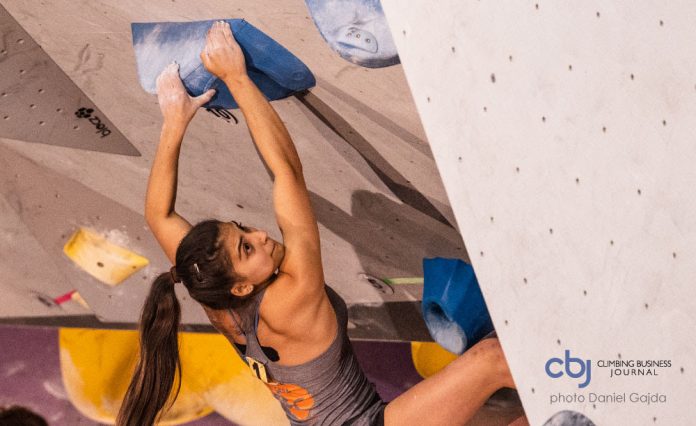 It’s hard to imagine a better ending to the long week in Salt Lake City: back-to-back victories for Natalia Grossman and one for Sean Bailey, a sweep of the final bouldering podium and six medals altogether for USA on their home turf, and a new men’s speed world record (twice) on the same weekend. The psych for comp climbing is high…and with under 50 days to go until Tokyo, it’s safe to say the peak is yet to come.

Climbing Offers Refuge and Hope for Children in War Torn Lebanon (Delaney Miller, Climbing)
“In the end, I know that my action in Lebanon was very modest and that these young people brought me much more than what I gave them.” – Katherine Choong

With Their New Project, Brown Girls Climb Plans to Shake Up the Climbing Space (Keely Dickes, Climbing)
“By uplifting BIPOC-owned businesses and corporate partners investing in significant change, BGC could point the way to another route for people’s investments.” – Keely Dickes

Injured? It’s Probably Your Fault (Owen Clarke, Gym Climber)
“As members of the climbing community we have an obligation, not only to ourselves but to all other climbers and gyms out there, to take responsibility for our own actions when we step into a gym.” – Owen Clarke

Video: Veddriq Leonardo SHOCKS the world with another world record!

Janja Garnbret Dethroned at SLC World Cup (Noah Walker, Gripped)
“This cements Grossman as a World Class athlete among a World Class field…It will become exciting to see what becomes of the field, how much these results functioned from the home-field advantage, and how much stemmed from a new set of elite climbers.” – Noah Walker

As Climbers Head to Olympics They Can Expect Doping Tests (John Burgman, Climbing)
“Whatever the extent of current PED usage in climbing, the Olympics will bring increased publicity and participation to the sport, resulting in an infusion of money. With that could come greater temptation and greater means for breaking the rules.” – John Burgman

Everything But the Results. Armchair commentary on the latest SLC World Cup (Delaney Miller, Gym Climber)
“Everywhere you look, our sport has grown and is growing by Olympic inclusion. The already highly enthusiastic community has become that much more so.” – Delaney Miller

Video: How to Climb on Pockets Without Getting Injured (Hooper’s Beta)

Video: How to write a climbing training plan (Lattice Training)

Video: Inside Voices – Who’s ready to get back to the climbing gym!?

Letting Go of an Idea: Behind the Wrench with Aaron Davis (John Burgman)
“Sometimes things just don’t go the way we intended, and that’s OK. Letting go and embracing a different idea or concept can often lead to the best climbs.” – Aaron Davis

Historic Textile Mill Will Become an Indoor Climbing Haven
“…alterations made to the actual building were pretty limited because of the protection around it. We respect the history of the property and feel that the design fits the space perfectly.” – Will Snader 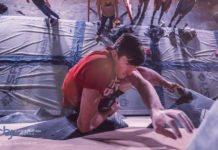 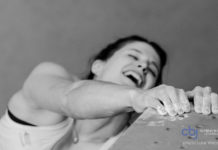 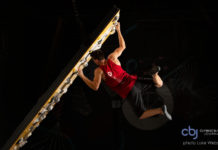 Now Hiring // This week's featured jobs include a