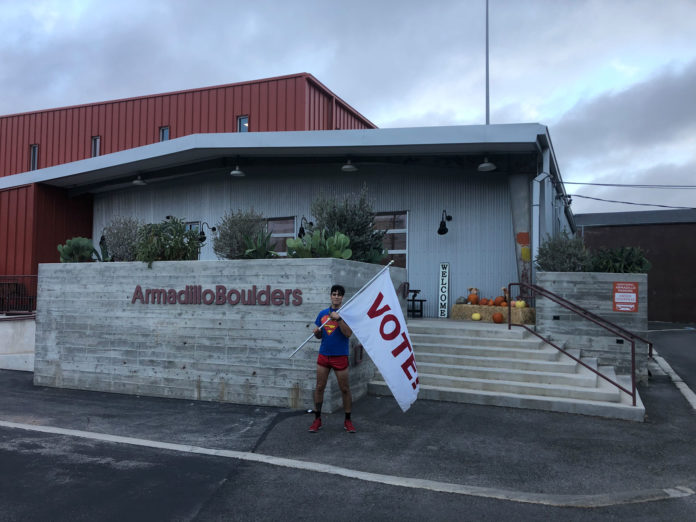 During the U.S. presidential election in 2016, gear and clothing powerhouse Patagonia made headlines by temporarily closing its office and stores around the country in an effort to focus (and encourage would-be customers to focus) wholly on voting for the day. In essence, the aim of such a “big and bold campaign,” as Climbing magazine dubbed the mass closures, was to take the spotlight off of consumerism, clothing, and related matters and fasten everyone’s gaze instead to civic duty.

That company-wide initiative by Patagonia was not the first time that a prominent company within the climbing industry (and outdoor equipment sphere at large) overtly encouraged voting; but it did herald perhaps a new, more widespread wave of voter encouragement that seems to be cresting with the upcoming presidential election this year, in 2020.

The Access Fund also has a section of its website devoted to the upcoming election—also featuring a form where users can check their voting status and locate nearby polling places. “Get key dates, steps, and facts about our election process,” the Access Fund’s website notes. “Learn where you can activate for the greatest impact.”

Beyond those organizations, a number of climbing gyms have also encouraged voting recently. Planet Rock, with facilities located in Ann Arbor and Madison Heights, Michigan, posted a message on its Instagram account promoting a voting tool from a nonprofit known as Protect Our Winters. “There has never been a more important election for people that enjoy the outdoors,” Planet Rock stated in the Instagram message.

To gain more insight about this swell of climbing businesses encouraging voting, CBJ reached out to San Antonio, Texas-based Armadillo Boulders. Two weeks ago, Armadillo Boulders invited customers to register to vote at the gym—thanks to a booth set up by the “non-partisan, nonprofit organization” MOVE Texas. One of Armadillo Boulders’ co-owners, Michael Cano, and its general manager, Korina Scanlon, answered some questions for us about where and how climbing gyms, community, and voting all intersect in 2020.

CBJ: MOVE Texas has actually set up booths at Armadillo Boulders a few times. Would you mind relaying to me how Move Texas first got involved with your gym and how the response from gym customers has been?

CANO: I reached out to a friend who pointed me in their direction. At that time in our nation, we were (and still are) in the midst of racial, economic and pandemic chaos. We felt a little helpless, but quickly figured out concrete things we could do that would last longer than an Instagram post. If we worked to get a few people to vote and participate in our democracy, the effort will have been worth it.

CBJ: MOVE Texas states bluntly that it is a “nonpartisan, nonprofit, grassroots organization.” And obviously voting is a good thing. But still, voting is related to politics—and peoples’ emotions can sometimes be heightened because of that. (There’s that old potential refrain: “I come to the gym to forget about politics!”) So, was there ever any moment of pause on your end about bringing in a booth related to voting? Did you prepare for pushback?

CANO:  I had no fear of kickback from the community since we are supporting a constitutional right for every American. The sincerity of our collaboration with MOVE Texas is further exemplified by the fact that we emphasize the word “vote” without the blue or red following it. Our San Antonio climbing community is strong because folks participate in its existence, likewise for our country and democracy, irrespective of one’s climbing/political beliefs.

CBJ: Some other gyms around the country have had voting-related booths set up recently—or at least been openly encouraging people to get out and vote. I’ve never really seen anything like it to this degree…so many gyms encouraging voting. Obviously this is a very charged presidential election, but do you think there are other factors contributing to many gyms getting in on the voting promotion this year/election, in particular?

CANO: Yes, I think there are other factors contributing to gyms chipping in on the voting promotion. But mostly, it’s another aspect of how the climbing gym industry is evolving. I think many gym owners are doing an incredible job at leading our industry and their community as it navigates through this “charged” time.

SCANLON: When we reopened in June 2020, we were excited but also knew it’d be difficult to throw any big events like we had in the past. We strive to be a beacon of positivity for our community, and encouraging people to get their voice heard seemed like a great way to bring people together again.

CBJ: When the topic of climbers and voting has come up in previous elections, it’s often in relation to climbers’ potential political influence for outdoor access…battles over public lands and whatnot. But the climbing industry is increasingly seeing climbers who are solely indoor/gym climbers—they don’t climb outdoors at all, so those outdoor access battles (although still critical, of course) might not resonate as much. So what sort of votable issues do you find the gym climbers at Armadillo care about most?

SCANLON: In my experience, climbing communities consist of a variety of individuals with different priorities and goals. The thing that brings us all together is climbing and for some it’s the community aspect. We can’t say what the most votable issues are, but we’re happy to provide a space for people to talk about things and connect.

CBJ: Climbing magazine posed a question back during the 2016 presidential election: Do climbers have political influence? But I’ll spin that a different way: Does a climbing gym—as a community pillar—have a responsibility to promote and encourage voting?

CANO:  One of our core values at Armadillo is stewardship. It is tricky to define and even trickier to implement. Like most local gyms, we strive to build and support our climbing community by hosting competitions and throwing parties. But more importantly we try to facilitate opportunities for our community to participate in the creation of our community. We have member-hosted educational talks, book clubs, crag-development briefs, etc. In a larger sense, voting is the same exercise. At some point, the opportunity to vote becomes a duty/core value once you realize the binding commitment we have to our nation and fellow citizens. Working with MOVE Texas has just been an extension of that core value which guides our decisions.

CBJ. Can you give me some insight on other booths and/or community events planned at Armadillo for the future?

CANO:  Since reopening with changed hours, we have been afforded time to host under-privileged/underserved communities. It’s not an event or booth, but it’s important to us. 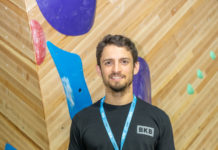 The Value of Routesetting Mentorship: Behind the Wrench with BKB’s Matt Ratajczak 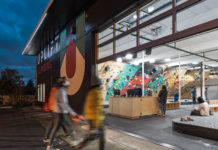 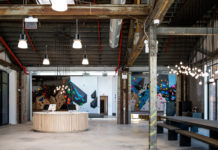 Taking 24-Hour Access Coast to Coast: Behind the Desk with David Sacher

Growth Spurs Innovation: Behind the Desk with John Oungst