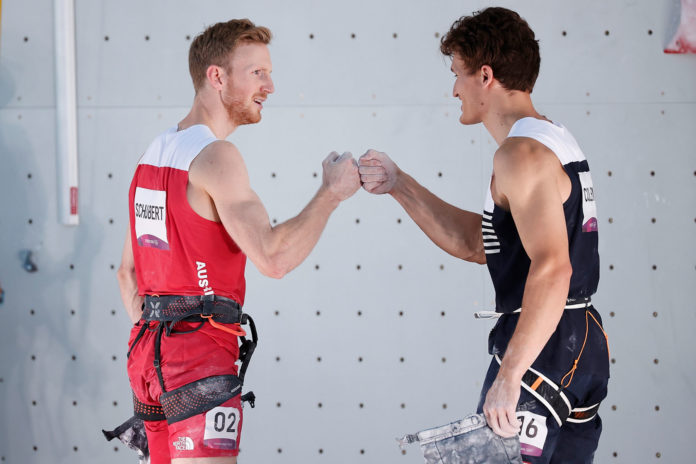 One of the first significant steps towards climbing’s inclusion in the 2028 Olympics was taken last week, as the Initial Sports Programme for those Olympics was released and included 28 sports—including climbing. Specifically, the Sports Programme was approved by the 139th session of the International Olympic Committee. Other sports listed (via their corresponding international governing bodies) included rowing, fencing, judo, rugby, surfing, skateboarding, and many more.

The 2028 Olympics are scheduled to take place in Los Angeles. Along with the announcement of climbing’s initial inclusion in those Games was the unveiling of several “LA 28” emblems, including one designed by Olympic silver medalist Nathaniel Coleman. His emblem features a stylized “A” (in LA) that combines the green pines of his Little Cottonwood, Utah, roots with gray prisms representing indoor climbing walls.

Climbing (officially “sport climbing”) made its Olympic debut at last summer’s Olympics in Tokyo. The unique format joined speed climbing, bouldering and lead climbing into a singular “Combined” discipline. However, this “triathlon-like” format will be altered for forthcoming Olympics, most notably by separating speed climbing for the 2024 Olympics in Paris.

An announcement from the IFSC contextualizes climbing’s connection to the state (California) that is set to host the 2028 Games. “Skateboarding, sport climbing and surfing, all youth-focused sports, made their Olympic debut successfully at Tokyo 2020 and all of them have deep roots in California.”

Stay tuned to CBJ for more news about the 2028 Olympics as it becomes available.

The Do’s and Don’ts of Comp Sponsorship