USA Climbing, the national governing body of competitive climbing in America and their international counterpart, the International Federation of Sport Climbing have both released new brand identities this month.

These rebranding efforts come at a time when the profile of climbing is higher than it has ever been before. In their announcements both organizations pointed to the growing awareness of the sport and the need to market to the general public.

The IFSC stated in their press release, “This fast growing recognition along with the unique character of the sport led the IFSC to change its logo to be more representative of its current values, international status and abounding development projects.”

Kynan Waggoner, CEO of USAC, told CBJ in an email interview that they wanted to update their brand, “To make sure that the USA Climbing brand has primary brand recognition by the climbing public and the general public…”

While USAC’s flashy new logo is the centerpiece of this rebranding effort, perhaps the biggest change for American climbers will be the retiring of the various brands within USAC: American Bouldering Series (ABS), Sport Climbing Series (SCS), and Collegiate Climbing Series (CCS). Rather than having separate, and competing, brand names for each of these disciplines, the event names will be replaced with “descriptive verbiage to describe our different disciplines,” Waggoner said.

This represents a major change for competitive climbing in the US, particularly for the ABS brand, which was created by Scott Renek in 1999, and has been a successful brand ever since.

“The ABS brand has, over the years, been quite successful for us within the climbing community – but that is a very small portion of the folks that we’re trying to reach,” Waggoner explained. “We’ve repeatedly received feedback from our sponsors and new members that they just do not understand all of the acronyms that we use, and we have identified that the use of these acronyms have come at the expense of the recognition of the USA Climbing brand.”

Each discipline will, at the end of the 2015 season, use a simpler language to describe the activity; ABS will become simply, USAC Bouldering.

In USAC’s press release announcing the change, Waggoner said, “Over the years, we’ve come to realize that our logo and branding is dated and that it sorely needed some refreshment and direction.” He went on to say, “By designing an updated icon and logo plan, we hope to eliminate some of the confusion that the new participant experiences when participating in our events and also give our organization and its promotional materials a fresh and modern look and feel.”

Waggoner told CBJ that it was pure coincidence that USA Climbing’s rebranding was announced at the same time as IFSC’s rebranding. The timing of this effort, he said, has more to do with the development of a future USAC website.

That’s welcome news for many USAC members who have been requesting a website overhaul for many years. Waggoner understands people are eager for a new online presence for USAC, but  he is committed to making sure the organization is doing things strategically. “We didn’t want to launch a new website with the old branding (as we knew that a rebranding initiative was imminent), so we decided to start from the ground up and develop the new visual elements of the USA Climbing brand before starting the process of website development,” Waggoner said.

The IFSC has had the same logo since their inception and break away from the UIAA in 2007. The new logo is meant to invoke all the values the IFSC holds. Anne Fuynel, IFSC Marketing & Communications Director said in their press release: “We wanted to develop an identity that appeals to everyone not only to climbers, one that also shows our values.” She goes on to list the values the new logo will attempt to get across: “sport for all, universality, gender equity, healthy body and mind, dynamic, challenging.”

“This new identity represents all these values and is designed to be understood by everyone all over the world,” Fuynel added.  “The new logo has been designed to be clear, aerial, universal and promote gender equity.”

Marco Scolaris, President of the IFSC said in the press release, “We are absolutely delighted to see sport climbing booming, with new climbers every day and hundreds of new gyms opening every year all over the world.” As an example he notes that the BMC (British Mountaineering Council) has increased their number of licensees by 115 % from 2010 to 2015 and the CMA (Chinese Mountaineering Association) has reported a growth of 54% in the construction of new climbing walls between 2012 and 2015.

During the last few years, the IFSC has spread its wings outside Europe, with several stages of World Cup competitions being held in the Americas and Asia. The IFSC press release also gave some insight into the demographics of the international competitor by stating the average age of the international athletes is around 20 years old, and 56% are between 16 and 24.

Though unverified they also state that in the last two years the TV coverage of the IFSC events has increased significantly and the live streaming of each IFSC event on YouTube has occured in 210 different countries.

If you would like to know more about competition history and how the organizations fit together, check out CBJ’s Comp Explainer. 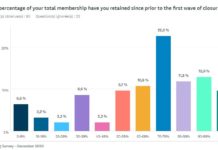 What Happened to the Speed Holds?