The Triangle Rock Club, based in the Raleigh-Durham metro area of North Carolina, is having a very busy year. Earlier this month they hosted the grand opening of a 17,000 square foot expansion to their Morrisville climbing facility, nearly tripling the size of the location’s climbing terrain. This week TRC announced the purchase of RedPoint Climbing in Fayetteville, which will become TRC’s third location in North Carolina, bringing their total operations to 46,500 square feet of climbing. They also hinted that another location is in the works.

The Morrisville expansion marks a two year, $2.5 million effort by owners Joel Graybeal and Andrew Kratz to bring more climbing to the area around Raleigh, North Carolina known as the Triangle. First opened in 2007, the Morrisville location originally had 9,000 square feet of climbing and quickly outgrew the space. The new expansion has 55 foot climbing walls and features a 1,500 square foot bouldering area.

Graybeal told the Triangle Business Journal, that the building is as big as it possibly could be within local restrictions:

TRC Takes Over in Fayetteville

TRC announced this week that they will be taking over operations of RedPoint climbing gym, an 18,000 square feet facility in Fayetteville, NC. In a press release from TRC, RedPoint Owner Heather Rivard said, “I could not be more excited to have Triangle Rock Club taking on this opportunity for growth and expansion. TRC’s passion for others, life, and climbing is evident in all that they do and I am confident that [the Fayetteville community] will love having them here.”

Currently, there are no plans to alter or increase the size of the climbing walls at the RedPoint facility. Instead, TRC will take time to spruce up the facility, add the TRC touch, and work to implement new programs, camp options, military programs and family-based activities. RedPoint has been closed since June 26th of this year. The renovated space is set to open sometime in the early fall 2014.

RedPoint, which opened in 2009, was part climbing gym and part Crossfit gym. In a letter to RedPoint members Rivard wrote, “RedPoint Gym will be formally splitting our two primary services (indoor rock climbing and CrossFit) into two independent facilities … while RedPoint CrossFit will continue on with its current name and function.”

More on the Way

TRC is not stopping at three locations. They have been actively searching for a suitable site in the area of Durham – Chapel Hill. Graybeal told the Triangle Business Journal, “We draw a lot of customers out of there,” but he would not give any indication as to the size of a new facility.

“This will be our biggest year for growth, in percentage and in actual dollars,” Graybeal said. 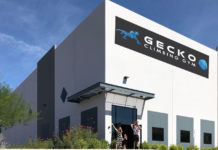 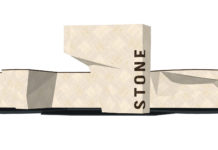 The Evolution of Evo Rock

Professionalism on The Rise at CWA Summit