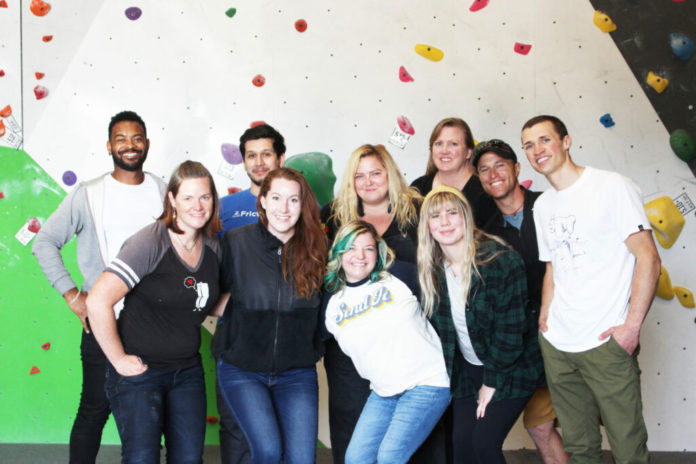 It was recently announced that The Pad Climbing has been recognized as a finalist for the 2022 Dream Big Awards. Selected annually by the U.S. Chamber of Commerce, the awards “celebrate the achievements of small businesses and honor their contributions to America’s economic growth,” according to a post on The Pad’s website authored by Sandee Hunt-Burns. (Small business refers to an entity having less than 250 employees or gross revenues of less than $20 million for 2021 and 2022, according to eligibility criteria posted on the U.S. Chamber of Commerce website.)

“We’ve come to rethink how business can operate through the lens of women and are now at the forefront of how to operate a small business as a result,” The Pad’s CEO and founder, Kristin Horowitz, was quoted as saying.

This is hardly the first time Horowitz or The Pad have been recognized for pioneering work. Horowitz is a co-founder of the California Indoor Climbing Coalition that united the state’s climbing gyms amid the pandemic, and The Pad was recently named one of the best places to work by a prominent California news outlet. Additionally, The Pad’s San Luis Obispo II facility that opened in 2006 was reportedly the first non-profit bouldering gym (registered as a 501c7) in the U.S. Now a for-profit gym operator, The Pad has continued that spirit of giving back over the years in part through progressive sliding scale memberships―adopting a pay-what-you-can system of late―and other community partnerships. (A more comprehensive history of The Pad can be found here.) The Pad plans to open a new facility in Santa Barbara next year.

The top one-percent of applicants for this year’s Dream Big Awards will be recognized at a ceremony in Washington D.C. next month, at which time the winners will be announced.

Ask A Lawyer: the Legality of Scholarship Programs