Evo Rock + Fitness has lived up to its name and so has its founder and CEO Hilary Harris. Harris built the first Evo Rock in Concord, New Hampshire in 2012 after a multi-year effort that included leaving her job as an architect and pounding the pavement in search of investors.

Harris started climbing in the late 1980’s in Boulder, Colorado and quickly made a name for herself with FA’s on local crags and competing in international competitions. After completing her schooling to become a licensed architect, she moved to New Hampshire and sunk into the life of a desk jockey.

“For years I sat at my desk and mourned being a part of the climbing world and wished that I hadn’t made the decision I made,” Harris told CBJ in a phone interview from her home in Portland, Maine. “I felt that I had lost a big part of myself. I was no longer in the day-to-day world of climbing. And I watched the industry grow.”

Eventually she got sick of sitting on the sidelines. After putting together a team of investors and convincing a bank to loan her the rest, Harris was able to open the Evo Rock – Concord facility, which has 16,000 square feet of climbing. But that was only the beginning for Harris and Evo.

Many first-time climbing gym owners dream of building an empire of gyms spread across the country, and Harris was no exception. Except unlike most gym developers, Harris’s dream didn’t fade with the realities of running a gym.

“My idea from the beginning was to build a recognizable brand and put a lot of energy into the brand and the mission and our image and our reasons why we’re in business,” Harris said. “Not just that we’re a climbing gym, but that there was a bigger story to it, with the intention of expanding the brand.”

That idea became a reality with the opening of Evo’s second and third locations in Indianapolis, Indiana and Portland, Maine, respectively, early in 2015. Currently these locations are not technically franchisees, but do license the Evo brand. Harris explained, “The relationships we have with the operating gym is loose and organic. It’s not nearly as structured as it’s going to be when we’re franchising.”

Licensing versus franchising is not just semantics; Its about control. The Portland and Indy gyms currently license the brand and are given support in running their businesses. But they are not beholden to Evo to follow a certain operating system and are free to experiment and to find what works in their local market. Harris understands that creating systems for one gym, like the Concord facility, will be certain to fail if used in a completely different gym.

“So the gyms we work with have agreed to work with us on the systems so that when we do officially launch the franchise, the systems are really going to be honed,” she said. “And we’ll be able to sell packages that are a lot more professionalized than if we didn’t go through that process.”

For Harris franchising has more to do with spreading the Evo brand than raking in the money. “We felt like getting these gyms up and running and building momentum around the brand was more important than charging them huge fees and locking them into really structured agreements,“ she said.

The prevailing business model for commercial climbing gyms is to create an equity group and build facilities under one ownership structure. But according to Harris, there is huge growth potential if a brand can franchise in the right way. “[The typical] model limits the number of gyms you can build. You’re only going to be able to raise so much private equity,” she said. “If you’re franchising and relying on the franchisee to find the capital to make it happen then the potential is much greater. You can leverage that more than if you’re working with the same group all the time.”

One challenge common to all franchises is creating a replicable business model without producing cookie-cutter climbing gyms. This is especially difficult in the climbing industry where customers are sensitive to business that seem overly corporate or lack genuine personality. “We understand that the climbing culture is very very community based locally. And you’re only going to build that with local people. It’s not like we import our management and have them running these gyms,” Harris said. “We recognize that each gym is going to have its own vibe and its own culture.”

One way Evo is fostering the local climbing community at each location is through what Harris calls “the wall of evolution”. Harris got the idea from Gary Neptune, the owner of Neptune Mountaineering in Boulder, Colorado, who created a wall in his store filled with climbing memorabilia that tracks the history of the sport.

Harris has taken that idea and made it a central part of the Evo brand. “It was upsetting to me,” she said. “That these really important components of our culture were being lost on the gym generation. Like they didn’t even realize why there are gyms in the first place.” So in each of the Evo facilities you’ll find a wall filled with climbing gear from the olden times as well as homages to notable accents and local lore.

“In our Indianapolis gym the wall of evolution is focused on the Red River Gorge,” Hillary explained. “It’s really cool because people go into the gym and have these great conversations where the parents of kids looking at the wall are being inspired by our predecessors. [This] is a piece of climbing you don’t usually see in climbing gyms.”

As you make your way down the Wall of Evolution the customer will come to a mirror. According to Harris, “You look at the mirror and think about your own evolution and how you fit into that larger culture. Our members love it. They think it’s really cool that they’re part of this larger story.”

With all this focus on climbing history, it may be surprising that Evo’s first licensing partnership was in a mid-western market with a developer who had zero climbing experience.

David McNamee ran a landscaping business in Indianapolis for over 25 years and knew he wanted a change. That’s when the idea of opening a climbing gym popped in McNamee’s brain. “I tell people that it was a God thing; I got the idea while driving down the road one day and had not really had much experience with rock climbing,” he told CBJ in an email interview.

So he took his kids to a climbing gym on the north side of town and just watched and learned. “I paid attention to what was going on in the gym and saw various people of different ages and even some military service people climbing the day that I went to the gym. I then began an internet search on rock climbing which led me to Cort [Gariepy] at Rockwerx.”

Gariepy, founder and former CEO of Rockwerx,  has been a part of over 100 climbing gym start-ups in the US and Canada and knew the challenges a new gym owner was going to face. “When I talked to Cort at Rockwerx, he told me that starting the gym would be the hardest thing that I would ever do. I didn’t think it would take me as long as it did,” McNamee said. After a tough search for financing during the recession, McNamee happened upon the perfect building. “When I saw it I knew it was the right building. It turned out that it had been an old airplane hangar that had a 50 ft. ceiling,” he said. “At this point Cort became a partner along with a friend of mine and I finally found a bank that would do the deal.”

But McNamee needed more than just capital, he need expertise. So about a year before the scheduled opening, Gariepy introduced McNamee to Evo’s CEO Hilary Harris. Harris recalled that at the time, “I had absolutely no intention of going into that market.” But she was anxious to test out her franchise model and McNamee provided her with that opportunity. “We wanted to test out our systems on someone and he was willing to be the guinea pig, so to speak, and so we struck a deal,” Harris said.

What McNamee gets out of the deal is obvious: programing and branding that Evo had already established and perfected. “It made sense to us to start out with these things in place that had been proven to work, hopefully helping us to get off to a quick start,” McNamee said. Along with staff training Harris also provided a design and layout for the gym. “She helped us make decisions that she already had to make, helping us shorten the learning curve,” he added.

Evo’s second facility in Portland, Maine, was a partnership at the other end of the spectrum.  For this facility Evo took over operations at the long-standing Maine Rock Gym, which originally opened in 1994. Scott Howard, owner of MRG, knew that he needed to bring a group together to rebuild the aging facility but found that it was taking too long.

Enter Gariepy, who had left Rockwerx to partner with Evo as their new Head of Business Development, and who had a long relationship with MRG after building their walls nearly two decades ago. Gariepy introduced the two parties and as Harris told us, “It was off to the races!”

Maine Rock Gym closed its doors in early 2015 and broke quickly ground on a ground-up building a few miles from MRG that would house the 13,000 square foot of additional climbing. The facility re-opened on March 7th, 2015 as Evo Rock + Fitness – Portland.

This small leap out of New England is just the beginning for Harris and the Evo brand. They are currently about to close on a deal that would bring an Evo facility to Louisville, Colorado, a small community the sits between Boulder and Denver. The facility would be the biggest of the Evo’s at 25,000 square feet of climbing. There is also a Syracuse, New York gym in the works that is a few months away from closing on their bank financing.

If all these deals pan out Evo is sitting on the brink of franchise empire.

For Harris, franchising makes sense not only for her company for but any entrepreneur that wants to start a climbing gym. “I think the days of … building a little ma and pa climbing gym are behind us,” she said. Climbing gyms take a tremendous amount of capital to get up and running and a major roadblock to that capital is the bank. Harris said, “If you’ve never done this before and you want to start a climbing gym and you go to a bank, the bank is going to ask, ‘Who is on your team?’” What Hillary wants more than anything is for you to say “Evo is on my team”. When asked what advice she would give to those wanting to start a climbing gym, she laughed and said with utmost sincerity, “Call us and build an Evo gym!” 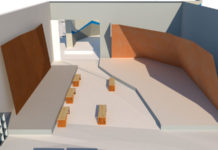 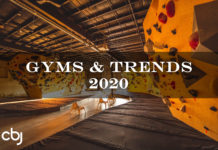 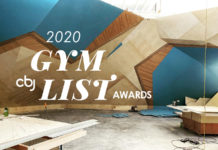 Adaptation Ahead for LA Gyms