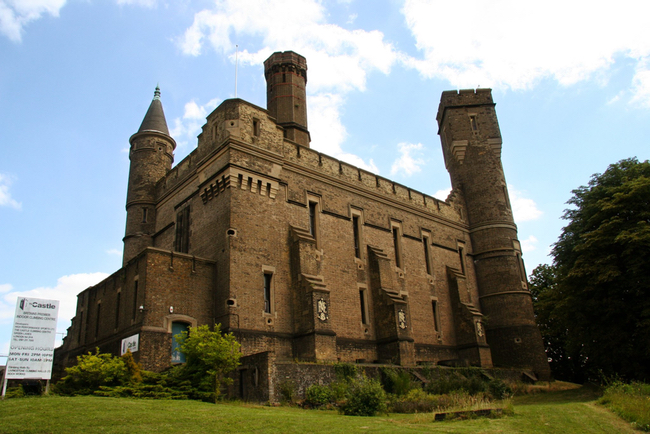 The Castle Climbing Center in London, England stands out from other gyms in a number of ways. The most obvious difference it the building itself, a towering stone fortress studded with towers and turrets. Although it looks like a medieval castle, in fact the building was constructed in 1855 following cholera outbreaks in the early part of the nineteenth century to house enormous steam engines what would pump clean water to London. The building served as a pump station until it was decommissioned in the 1970’s. It sat vacant for several decades and was slated for demolition, but was saved by local activists who were able to get it listed as a historical building. It gained a new lease on life in 1995 when the empty building was converted into The Castle Climbing Center.

While the history of the building is remarkable, the most significant attributes of the climbing center are more modern, and are not as apparent to the casual observer.

From the outset, The Castle has woven ethical principles into their operations. According to Audrey Seguy, Managing Director at the Castle, they have thought a lot about what it means to be an ethical company. “We want financial sustainability – we want the company to still be successful in decades to come. We want environmental sustainability – this means that we want to run the business in a way that doesn’t further damage the environment. We also want social sustainability- we don’t rely on low wages to make a profit and we provide many development pathways for our employees so they can either progress through our company or gain the skills required to find work elsewhere,” she explained in an email interview.

These goals became more explicit in 2009 with the launch of The Castle’s Environmental Policy, which set out a number of targets they are aiming to achieve by the end of this year. The targets range from the lofty goals of being carbon neutral and sending zero waste to landfill, to more mundane objectives around non-toxic cleaning supplies and sustainability awareness campaigns.

The Castle has not achieved all of these goals yet, but they have made progress. “Most people looking in from the outside don’t really appreciate how much sustainability permeates our business. Every single decision we make, from purchasing pens for reception, our staff clothing, right through to what food we serve in the Café is weighed up,” said Seguy.

Tangible evidence of this policy is seen in The Castle’s gear shop, which features sustainably made products, like clothing with a Blue Sign certificate for environmental standards, a rope made from pre-consumer recycled materials and climbing shoes made in the European Union.

Less noticeable to consumers is the energy efficiency improvements they have made to the building, as well as a system for recycling greywater from sinks and showers. The facility has future plans for adding a solar hot water heater and is collecting wind data on their roof to see a if wind turbine is a viable option for powering the facility.

One area that a consumer is unlikely to notice is The Castle’s rubbish bins, which The Castle hopes to eliminate entirely through their zero waste goal. They have already seen significant reductions in the volume of garbage coming out of their facility, and currently fill just a single household-sized cart per week. They have achieved this through smart signage and placement of recycling and composting bins throughout the facility, and by adapting policies to minimise waste.
“I’m really proud that our business, which sees over 500 people through the door every single day, sends less waste to landfill than many households,” Seguy remarked.

The Castle’s website describes the extreme level of commitment they have to reducing waste: “Everything that leaves our building is scrutinised. Literally. We employ a team to go through every piece of rubbish twice a year so that we can learn how to reduce, reuse and recycle more.”

Outside the building is a very green example of their environmental commitments. “Our garden is the centrepiece of our sustainability policy,” Seguy explained. “When we started the garden project in 2009 our backyard was a wasteland overrun with weeds. It’s now a flourishing, productive growing space with a vibrant community of gardeners. We produce hundreds of kilos of organic produce for the café and are a haven for wildlife in the area.”

Their onsite garden produces a variety of fruits, vegetables and herbs that are prepared and served in The Castle’s cafe. They even make their own lip and hand balms from the essential oils from their garden herbs and beeswax from their beehives!

Even the garden is efficient. The plants are watered with a drip irrigation system supplied from a 6,000 liter rainwater collection system, while an industrial sized hot composting system processes more than 30 pounds of food waste from the cafe each day, which recycles fertile compost back to the garden.

While local ordinance only required them to have parking for six bikes, the Castle currently offers secure bike parking for 100 bikes, and finds it is regularly full. They also offer a Cycle to Work scheme to help employees purchase bicycles for commuting to work.

Even the mode of transport employees take on their vacations is factored into The Castle’s sustainabilty efforts. They created an EcoDays policy to combat the temptation of booking a cheap flight to a sunny climbing destination, which is quick but carbon intensive. “The alternative – travelling by car or train is often more expensive and can take much longer. We try to make it more attractive by allowing staff who qualify for the eco-day scheme to take extra paid holiday to get to their destination,” the Castle explains on its website.

Despite their dedication, The Castle hasn’t been able to integrate ethical principles into everything they do. One of the biggest areas they have struggled with is purchasing environmentally friendly climbing holds. “Trying to incorporate sustainability into route setting has been a challenge because climbing holds are made of pretty nasty stuff,” Seguy lamented. “This is one area where we don’t want to sacrifice quality- we need to have the best holds available and products that claim to be more ‘eco-friendly’ just haven’t really cut it for us.”

During their waste audits staff have found that one of the most prevalent items in the trash is old climbing shoes. While they have tried to encourage people to resole shoes, the fact that resoling is often more expensive than buying new makes this a challenging proposition.

Becoming an ethical corporation is no easy task and has required continual investment over time. Luckily, staff at The Castle have support from the very top of the company, the shareholders. According to Seguy, “Our shareholders have been incredibly supportive of our company and while many other investors would be pushing for returns on their investments, we have shareholders who are in it for the long-term and are happy to see their profits reinvested into the company.”

While it helps to have super committed and patient investors, The Castle has found that many of their policies have benefited the company by producing a great working environment. “When you feel that your job is more than just about making money, you get more satisfaction and this applies across the board from our top level management to our frontline staff,” Seguy explained. “We have high recruitment standards and high employee retention which saves us money.”

That doesn’t mean that they are in it just for themselves. “Our mission is unabashedly evangelical,” Seguy said. “We hope that by talking about what we do, sharing our experience we can spur a positive change.” 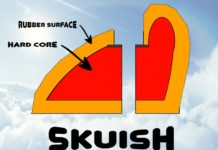 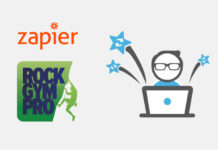 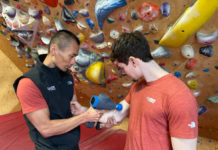