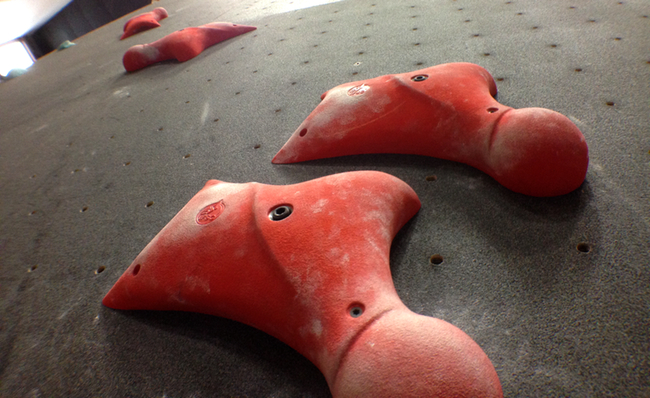 To many “real” climbers, speed climbing is a joke or just something that those “crazy Russians” do. What those out of touch climbers do not know is that speed climbing is the fastest growing aspect to our sport since bouldering became popular in the late 90’s and early 00’s.

In 2010 the US received its first official speed climbing wall. Today there are ten speed walls in commercial climbing gyms and three more are in construction; two are 15 meter speed walls and the rest are 10 meter.

There are several reasons behind the growth in popularity of this sport.

Speed climbing is not so much a recreational activity as a competitive endeavor. Practiced almost solely by youth athletes the sport is about to see a breakthrough in popularity as these young climbers age out of youth competitions but still want to engage in the sport they have come to love.

Gym developers are perhaps playing the most important role in pushing speed climbing forward. Many want to be at the forefront of gym design by offering something no other gym in the area can offer, while others want to support their competitive teams by having the latest in training equipment.

Best Use of Space?

The big question, however, is whether having a speed wall is the best use of space in a climbing gym. The answer depends on the gym’s priorities and size.

In large gyms like the 30,000 square foot Stone Summit in Atlanta, Georgia, it’s not hard to fit in a 753 square foot speed wall. But in smaller facilities the priorities change.

Dave Cummings, owner of the soon to open Grand Valley Climbing center in Grand Junction, Colorado, had a speed wall in the early designs of his 15,000 square foot facility. As the plans evolved, however, the speed wall was removed. “I feel that in big gyms that are pushing 25,000 sq ft, [they] have the space to include such a niche wall. I concluded that for my market that space was more valuable as normal climbing wall,” said Cummings.

A speed wall may be a niche aspect of wall design, but that doesn’t mean that speed climbing is all that can happen on the wall.

There is a lot of room on the 34.5’ tall by 20’ wide regulation speed wall. During comps the wall only has 20 speed holds per lane, but during day-to-day operations the wall still has almost 3,000 t-nuts left over for other routes; most gyms that have speed walls set regular, member-appropriate routes in between the speed holds.

Smart gym operators will have their cake and eat it too.

At the heart of speed climbing is competition. Therefore it only makes sense to have a speed wall if a climbing facility is serious about team training.

Having regular access to a speed wall offers a significant edge to competitors looking to reach the podium at Nationals. One gym looking to capitalize on this advantage is Central Rock, which has locations in Massachusetts and Connecticut. When designing their Watertown facility they knew they wanted a speed wall to help support the training efforts of their competitive climbing team.

“There were a few reasons for putting in the speed wall,” said Kevin Pickren General Manager of Central Rock’s Watertown facility. “First off was the fact that we needed a training wall for our youth teams. We want our teams to be competitive at the National level and having a speed wall available at any time was very important to us.”

Gaining an advantage on the competitive circuit is not the only reason to put in a speed wall. Gyms that wish to host championship events need to have an official sized speed wall. As Pickren told CBJ, “We wanted the ability to host Regional, Divisional, and potentially even National level youth competitions and having a speed wall built to the proper specifications was a requirement.”

The International Federation of Sport Climbing introduced the official speed wall requirements in 2007 and updated those rules in 2013. Here are just a few of the speed wall criteria:

And that’s not even getting into the timing systems!

The phrase “official” is a bit misleading when gyms put it into their marketing material. To have an official speed wall the wall must be inspected by the IFSC and certified to meet all of their very exacting criteria. No wall in the US has ever been certified and only a few would even pass the test if given the chance to be inspected.

Many would fail because of wall angle, t-nut pattern, floor padding height or outmoded holds.

Furthermore, even though the IFSC has standards for a 10m wall, it does not keep records for this height and only 15m walls are used in international competitions. In America the 10m wall has become the de facto standard for competitive speed walls because most commercial facilities are in 40 to 45 foot buildings, and putting in a 15 meter wall (49 feet) is cost prohibitive.

USA Climbing, America’s climbing federation and sanctioning body for speed climbing competitions, has no official rules for speed walls. Their only position is to follow the IFSC requirements as close as possible.

In our next installment on speed walls we’ll delve into how the US can take advantage of and continue growing the discipline of speed climbing. 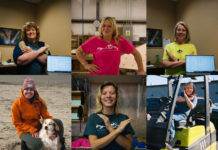 The Women of EP Climbing USA 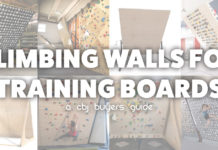 Add a Retail Revenue Stream With Eldo That Delivers—Even During a...