After three rounds of setting, Matt Bosley from Earth Treks – Timonium took the 1st place overall, and Charlie Garcia from Earth Treks – Columbia picked up 3rd place, but it was a late entry from the Pacific Northwest who stole the show. Ken Burkhart from Edgeworks in Tacoma, Washington took 2nd place overall in addition to winning the Most Creative category and the coveted Setters Choice award.

“With such a talented group of setters as my peers, to be chosen by them as the best at the Showdown is a great honor,” Burkhart said after the event. “I also walked away with fresh ideas, techniques, tricks, and some new connections all of which mean just as much to me as any award.”

After winning the overall, Bosley, who is known as much for his climbing ability as his penchant for being humble, said winning was amazing but, “The best part of the Setter Showdown for me was getting to see the Earth Treks community enjoying all of the different climbs,” he said. “There were so many talented setters at the event and I really enjoyed meeting them, sharing stories and climbing with them.”

Each round of competition was kicked off by the setters selecting one of the pre-determined sets of holds. They did not have to use all the holds, but they could not trade holds with other setters. Setters were required to set an easy (v1 – v3), medium (v4 – v6) and hard (v7 – v9) boulder problem.

Each round featured climbing holds from a different company.

Round One: Kingdom Climbing.
Hold sets were displayed for the setter to choose but they did not know the difficulty or the wall terrain assigned to each set.

Round three: Climb-it.
Holds were displayed for the setter to choose with a difficulty rating assigned to it. The setters did not know the wall terrain assigned to each set.

For Bosley the format was fun and challenging, “Fun, because it didn’t necessarily feel like a competition, other than when the guys with clipboards would come around,” he said. “Challenging, because in every round there was an unknown factor … This was a cool setting challenge and I think that it forced many of us to be creative with what we were given and to utilize every feature on the wall.”

Burkart agreed with this sentiment. “The vibe between the setters was incredible,” he said. “All the setters were excited to be there and even though we were there to compete against one another, it didn’t feel that way at all. We worked together as a team, climbed each other’s routes, and gave helpful feedback.”

The organizer of the Showdown, Louie Anderson, understands the need for the event to be sold as a competition but his real passion is for moving the industry forward. “[Setter] development has always been my underlying goal with the Showdown, and participating setters have commented on how much they appreciate that aspect of it,” Anderson told CBJ. “I could see coupling the competition with various workshops and guest speakers to further that side of things.”

After the successes of the first Showdown (previously called the Kingdom Games) at The Factory bouldering gym near Los Angeles, and this event in Maryland, Anderson says that he has received a tremendous amount of interest from other gyms across the US and Canada.

“I want very much to travel the entire Setter Showdown model to different regions and to be able to work with different groups of setters,” said Anderson.

The host gym, Earth Treks, folded the Showdown into a member appreciation BBQ and party. On the second day of the event almost 400 climbers showed up to be “climber judges” and to partake in free food and beer plus live music. After the event ET management told CBJ that they would definitely consider hosting another Setter Showdown.

And if routesetter Ken Burkart’s experience is any example, Anderson and the Showdown could have a successful future ahead of them. “It was easily the most fun I’ve ever had setting,” Burhart said. 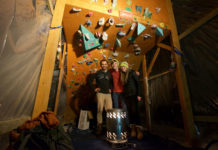 The Midwest Psych Is High: Behind the Wrench with Christopher Deal 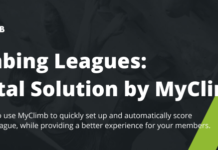 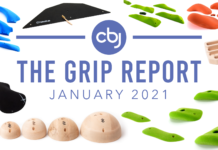