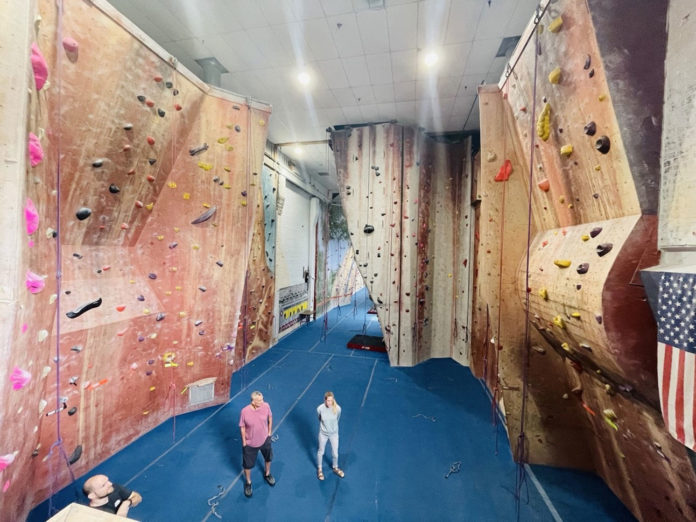 A press release introducing the Prime Climb acquisition by Rock Spot―which is co-owned by Nadav Minkin and Lary Norin―emphasized the goal of expanding their gym chain beyond its existing footprint: “This marks the beginning of an initiative to expand the Rock Spot Climbing brand beyond our current region in our continued effort to make the sport of climbing accessible and inclusive for all ages, all abilities…There have been so many climbers that have either had their start or passed through the gym as the sport developed in New England, and we hope to welcome many more!”

First opened almost 30 years ago, in 1993, Prime Climb is among the early ‘90s gyms to have pioneered a commercial climbing gym business in the U.S. Originally founded by Stephen Messina, Prime Climb was most recently owned by Brien Roscetti, who bought the gym over a decade ago and helped grow its climbing and program offerings. Today the facility provides +14,000 square feet of roped climbing (up to 40 feet tall) and bouldering, as well as adaptive and youth programming. A subsequent press release indicated the new operators’ excitement to “be a part of this rich history” and acquire a gym “with deep roots in the local climbing community,” while laying out plans to train staff and make facility upgrades (like the addition of auto belays).

“We are so excited to become a part of the incredible Connecticut community. It is an honor to take on the great work of continuing the legacy of our sport in the region while introducing newcomers and growing its influence,” said Minkin. “The sport has skyrocketed in interest and accessibility from the time that our first gym opened almost 25 years ago, and we’re extremely proud that our company has been a leader in the growth and success of the overall climbing industry in the region.”