Patagonia and Black Diamond Equipment are pushing back against legislators in Utah who want to change President Barack Obama’s recent designation of a new Bears Ears National Monument in the state. Bears Ears is located in southeast Utah and is the first national monument proclamation to specifically acknowledge rock climbing as an appropriate and valued recreation activity.

In January, Utah, at the behest of Governor Herbert, announced plans to sue the federal government and in essence appeal to the new Trump administration to reverse the recent protection of Bears Ears, a site containing thousands of years of Native American archeological treasures and craggy red rocks beloved by climbers from all over the world.

Patagonia President and CEO Rose Marcario, in a press release announcing their boycott of the show, said that Governor Herbert’s actions to rescind the Bears Ears designation makes it “clear that he and other Utah elected officials do not support public lands conservation nor do they value the economic benefits – $12 billion in consumer spending and 122,000 jobs – that the outdoor recreation industry brings to their state.”

The founder of Patagonia, Yvon Chouinard, also wrote an open letter calling on Utah’s governor not to work to transfer federal lands to the state. “Politicians in the state don’t seem to get that the outdoor industry—and their own state economy—depend on access to public lands for recreation,” Chouinard wrote.

The semi-annual OR Show, as it’s known, brings $50 million in direct spending to the state annually, Black Diamond founder Peter Metcalf said in an opinion piece published Tuesday in the Salt Lake Tribune.

Peak Designs, Kuhl, Power Practical and Polartec joined Arc’teryx last week with announcements to skip the twice-a-year show that has been held in Salt Lake City for two decades. Most recently Metolius also announced they would be joining the boycott.

Metolius Climbing was founded by climbers, for climbers, and places like the Bears Ears National Monument and the…

On the flip side of this boycott movement is a number of high profile companies that are calling for industry unity. REI, Ibex and The North Face have all announced they will be attending the show and hope other brands will join them. According to SNEWS, North Face President Scott Baxter thinks that the boycott “will only harm many of those smaller businesses that attend OR, many of which depend upon their time at the show.”

Similarly, REI Co-op CEO Jerry Stritzke wrote on the company’s blog that he “applaud[s] the action of Patagonia,” and the other brands boycotting the show but is advocating for companies to attend.

“I believe it would be a mistake for us not to gather as an industry this July. Now more than ever we need to act together to advocate and find a common voice to protect our most important asset — our public lands. To be clear, REI is strongly in the camp of moving OR if Utah persists in attacking our public lands – the sooner the better,” he wrote.

Not surprisingly, the main industry sponsor of the show, the Outdoor Industry Association, also wants companies to think long and hard about not attending. “As our industry has grown and matured, our voice has gotten stronger and louder. Our messages are reaching a broad audience and having impact with the public and with policymakers. But that impact will dissolve if we don’t stick together now. Boycotting the Outdoor Retailer show will hurt our industry and the credibility we’ve worked so hard to build,” the Board of Directors wrote on the organization’s website.

New Home For The Show

All of this comes on the heels of an announcement from Outdoor Retailer that the show will be actively exploring and soliciting proposals for a new venue for the show beginning in 2018.

In a statement last Monday, Outdoor Retailer’s Marisa Nicholson said, “We’ve been listening to the concerns from the industry and agree that it’s time to explore our options. Salt Lake City has been an incredible home to Outdoor Retailer and the outdoor community for the past 20 years, and we aren’t opposed to staying, but we need to do what’s best for the industry and for the business of outdoor retail.”

The Outdoor Retailer summer and winter shows, which are owned by the country’s largest business-to-business trade show operator, Emerald Expositions, have been in Salt Lake City since 1996, but their contract expires in 2018.

For years the OR Show has experienced growing pains with their current Salt Lake location and has asked the city to expand the Salt Palace convention center, where the event is held. In response, Salt Lake erected outdoor pavilions to accommodate the show’s growth and asked for a four-year contract renewal, which they received.

The last time the OR Show shopped around for a new home, cities such as Las Vegas, NV; Anaheim, CA; and Orlando, FL were in the running. Those locations were identified as being capable of hosting the Outdoor Retailer trade shows, which require a footprint in excess of 900,000 square feet for the summer gathering. To many industry insiders, Denver is the natural choice to host the show, but in the past, the city did not have enough convention space to accommodate the event.

Colorado Governor John Hickenlooper told the Denver Post, that Denver now may be ready to host the show. The city has pledged more than $1 billion to expand the Western Show Complex event center near downtown. Hickenlooper, who has highlighted the importance of the outdoor industry to the state and to many residents and visitors, said the state would welcome the show and its participants.

Choosing a new host city requires careful consideration of factors that affect the tradeshow business, as Darrell Denny, Executive Vice President for Emerald Exposition’s Sports Group, explains: “Our responsibilities as producers of the Outdoor Retailer shows require us to consider all aspects of any city and state that may serve as host to the thousands of brands, retailers, media and others who make up the entire outdoor community. Those criteria include facilities, hotels, transportation, labor costs, environmental policies and the degree to which host states are in sync with outdoor industry values. This decision allows us to explore new venues while taking all of these factors into account. That said, Salt Lake City has been a welcoming and beneficial host to Outdoor Retailer for many years and will be among candidates to continue to be the host city.” 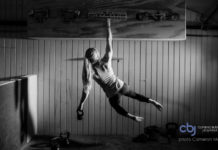