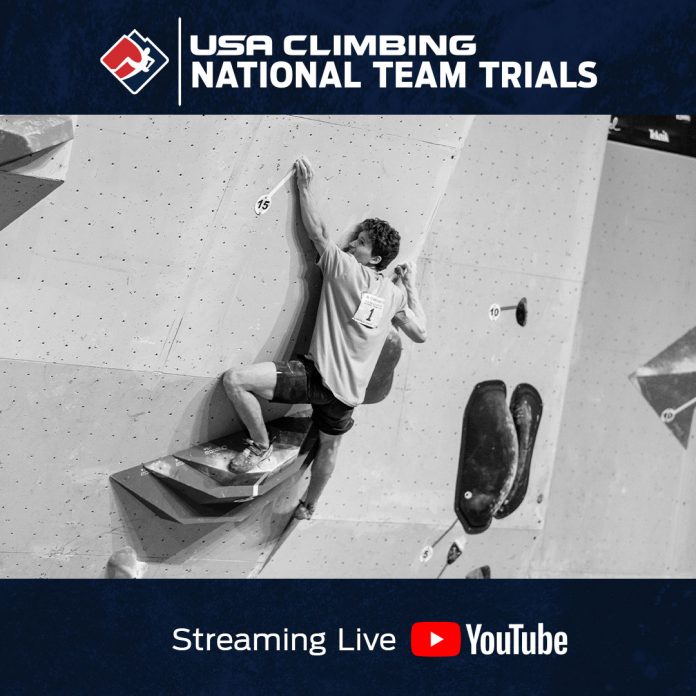 USA Climbing recently announced that portions of the upcoming National Team Trials will be broadcast on YouTube. Beginning this Saturday, March 27, viewers will be able to tune in for live action of the event’s semi-final and final rounds on USA Climbing’s YouTube channel. Alex Johnson and Meagan Martin, who have each competed in a number of USA Climbing championships in the past, will be providing the commentary for the event.

As reported previously on CBJ, the National Team Trials will feature three climbing disciplines—bouldering, lead climbing, and speed climbing. The top three ranked competitors (per gender) by the conclusion of the competition will be selected to represent the United States on this year’s World Cup circuit. The five-day National Team Trials will take place without spectators at High Point Climbing and Fitness in Memphis, Tennessee. (Click here to read an interview with High Point’s President, John Wiygul, about getting his gym ready for the Trials.)

For most athletes, these National Team Trials will be the first time they have taken part in a high-level competition since the start of the COVID-19 pandemic approximately one year ago.

Below is the YouTube broadcast schedule. Note all start times are in CST and subject to change.