Momentum Indoor Climbing is entering the Pacific Northwest market by rolling out two gyms in Seattle. Momentum SODO, a 19,200 square foot bouldering gym is expected to open in Q3, 2018. The gym is the brand’s third full-service bouldering specific facility in the United States. Momentum Seattle, a 42,000 square foot full-service rope and bouldering gym is projected to open in Q1, 2019. Momentum Seattle will be the company’s largest facility to date and the biggest rope climbing gym in Seattle.

The announcement comes on the heels of Momentum’s introduction of two similar products in Houston. When the Seattle gyms are complete, Momentum will operate seven locations in the United States.

“Seattle is an ideal market for Momentum, and our two-gym commitment mirrors the strategy we implemented in Houston,” said Jeff Pedersen, Momentum Indoor Climbing’s co-founder and CEO. “Less than three miles away, we will open Momentum Seattle near the legendary Seattle Bouldering Project. We are working closely with SBP’s ownership to keep climbing growing and evolving in Seattle.”

Construction on Momentum SODO is projected to start later this year. When complete, the gym will offer 7,000 square feet of bouldering and 4,500 square feet of space dedicated to climbing specific and cross training. Other amenities include a yoga studio, gear shop, locker rooms, and a social/workspace area. SODO is Seattle’s industrial district, originally named for its position south of Kingdome, a multipurpose stadium that opened in 1976. It was demolished in 2000. Momentum SODO is a remodel of a former Sears Automotive Center, located near mass transit and a thriving area offering guests an assortment of bars and
restaurants. Momentum SODO’s neighbors include leading companies like Starbucks whose corporate headquarters is nearby.

Momentum Seattle is a major remodel of a building that was formerly Color Graphics, a printing service company. The location is near mass transit hubs including the city’s upcoming light rail project and offers convenient freeway access. 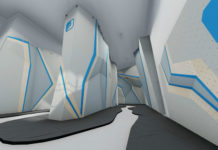 Central Rock Continues to Expand in the Northeast and New Markets