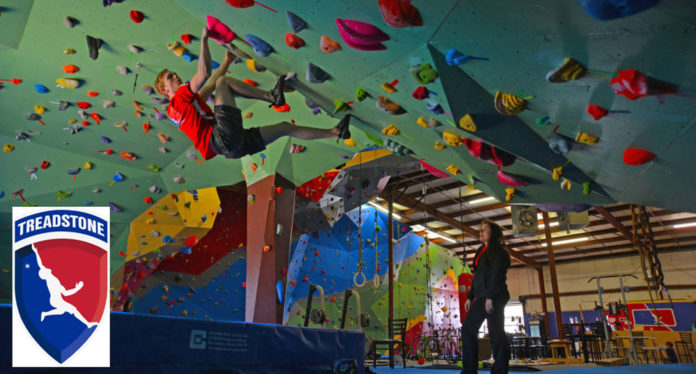 UPDATE 4/25/2020: Treadstone in Columbus, GA, managed to open their doors yesterday with new hygiene and operations protocols. We eagerly await the reopening of other climbing facilities. Best wishes to every gym operator as they navigate the decision of when to reopen. We will climb again!

This week the governor of Georgia, Brian Kemp, announced that some facilities in that state—including barbershops, hair salons, massage therapy businesses, and gyms—would be allowed to reopen on Friday (April 24) with “minimum basic operations.” The governor’s declaration came on the heels of a three-phase federal plan that carried a similar sentiment for businesses—but ultimately gave state governors the ability to allow reopenings as they saw fit.

Kemp’s decision was among the first of its kind by a state governor, as much of the country remains closed with stay-at-home and work-at-home directives and suggestions still in full force. But the fact that “gyms” were a category of business specifically cited by Kemp means that climbing gyms in Georgia have the governor’s permission and support to reopen as a vast majority of climbing gyms in other states remain closed.

Marc Heileman, owner of Treadstone Climbing in Columbus, Georgia, told CBJ that he plans to reopen on Friday as a result of the governor’s announcement. As such, Heileman realizes that Treadstone might be “one of the first gyms in the country to reopen,” and Treadstone actually closed several days before it was the law in Georgia to do so.

“We took the threat seriously and we enforced mitigation on our staff—who we also kept on payroll even before there was a government incentive to do so,” says Heileman. “Many of Treadstone’s wall construction clients chose to use this time to build or upgrade via our other LLC, Treadstone Structures.”

Regardless of government mandates, when Treadstone reopens, Heileman will incorporate mitigation measures “yet-to-be-completely-decided-upon,” until he reads the rest of the available CBJ and CWA articles on the subject. As more gyms reopen, it is likely that owners will study aspects such as wall cleanliness and gym hygiene, and they will implement strategies accordingly.

Wall Crawler Rock Club, an 8,800-square-foot gym in Atlanta, told CBJ that it plans to reopen on Friday, May 1. That is a week after the inaugural date allowed by Governor Kemp, but it will still make Wall Crawler one of the first climbing gyms in the country to reopen.

Not all climbing gyms in Georgia are going forward with such reopening, however. Stone Summit, which has facilities in Atlanta and Kennesaw, sent a mass email to its members addressing Governor Kemp’s announcement.

“While we are anxious to reopen to see all of you, at this moment we do not feel it is in the best interest of our staff, members, and guests. Health and safety will continue to be our top priority, and with that in mind, at this time we will continue to remain temporarily closed,” read the announcement.

Stone Summit has not set a specific date for reopening, but the mass email indicated that mitigation measures will likely be implemented when the time comes: “When we do open, it will be a very measured approach to control the number of members in the gym at a given time to maintain social distancing.”

CBJ will continue to provide updates related to gym reopenings as they happen around the country.