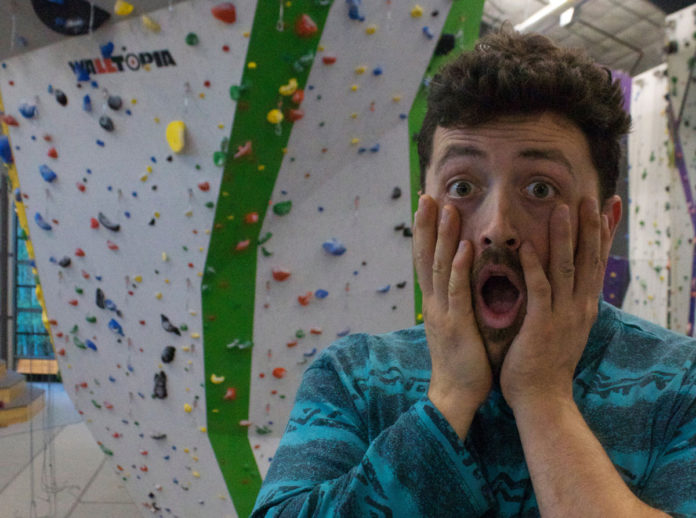 Behind the Desk… is an ongoing series that profiles people influencing and advancing the climbing industry. In this installment, CBJ heads to the East Coast and talks about the inner workings of Vermont’s MetroRock gym, the concept of rockstar routesetters, and good espresso being the best fuel for the day. 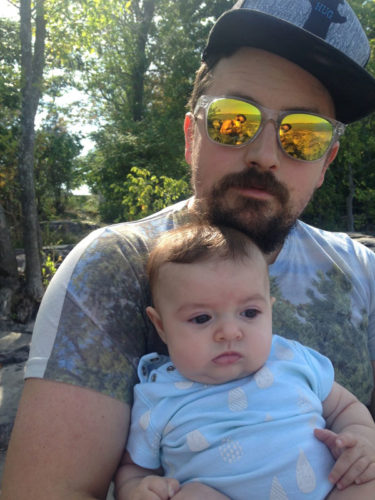 CBJ: How’d you first find your way to MetroRock?

BUTLER-BUGHER: I found climbing in 2004 in college after running a marathon. I was an undergrad at University of Maine, and they had a sweet mini gym in a barn on campus. Everyone there was so welcoming and friendly. There was that feeling of being a part of something magical, which was not something I had experienced on such a deep level in other sports. (Not that it’s not there in other sports, it just was not there for me.) For me, climbing was one of those things that helped ground me after a couple years of being a bit lost and a total miscreant. It brought me back to my love of nature and the outdoors especially.

I was working at Trader Joe’s and became a volunteer setter at MetroRock [in Massachusetts] in 2005. I continued as a volunteer setter for a few months, taking hours to set some mediocre climbs, tweaking every single move. It’s funny to look back on that now. Then, as luck would have it, I got fired from Trader Joe’s. One of those blessings-in-disguise scenarios. I asked if I could get some paid hours and picked up two 12 hour shifts and a few other days at MetroRock. Over time, I put in work and dabbled a bit in everything at the gym (setting, camps, desk, marketing). Then one day I was asked my thoughts on moving to Vermont to open and manage a new location. So, December, 2013, I moved up here with my girlfriend Nicole.

CBJ: Briefly take us through a typical day at the office (gym). The ups, downs, challenges… any time to climb for yourself?

As far as day-to-day, I am now essentially involved a little bit in every process there could be. My day typically starts with looking at transactions and making sure everything seems in order. From there I will jump into my email—dealing with anything from looking for new employees, doing outreach/coordination for upcoming events, tending to HR with customers and staff, creating newsletters, planning social media, and checking staff hours. One of my biggest pet peeves is having to remind people to do things. And as of late, I do my best to find some time to climb during non-peak hours.

CBJ: You mentioned events. What are some elements that go into running a good comp?

BUTLER-BUGHER: Obviously you need amazing routes and you need them for all levels of climbers. This comes down to a collaborative and well thought out forerunning process. Ensuring the grade spread is saturated, the styles are varied, and that things look damn good too. New holds are always great too. Comps are a great place to unveil something new that no one may have climbed on before. Obviously music can add some great energy to a comp. We have had DJs come out for finals for Dark Horse, as well as a live band on top of the boulder for our annual Heady Topout event. Prizes are huge, and we have some dedicated staff that do a great job of tracking these down.

I think one thing that makes our Dark Horse competition series very unique and successful is that we do finals for kids too. There are so many kids climbing these days and its awesome to give them a chance to be in the limelight.

CBJ: Speaking of good routes, it says on the MetroRock website that you come from a routesetting background. Are routesetters the rock stars of our industry?

BUTLER-BUGHER: Yeah, setters are definitely the stars of the show. There are also the unsung heroes who are kicking ass working a birthday party for minimum wage, or the coaches who put their whole heart into molding the next generation of climbing badasses. Or the person who cleans the toilet.

The best setters I have met do not have an ego. It took me a while to shed layers of ego in my routesetting and be open and receptive to any and all feedback about a climb I made. It’s tough because routesetting is art, but it’s generally only at its best when it is collaborative art.

Another huge part of overseeing new routesetters is the ability to communicate feedback constructively. One important credo I learned is to never criticize. While I am imperfect with this credo, I try my best to stick to it. When you are talking to someone about their creation and wanting to change it, a good place to start is to say what you like about it. Talk about the good things before you delve into what you see as possible areas for adaptation. Because a route is art, there is no right or wrong to a certain extent. At the same time, a gym is a business, so you can speak to those right and wrongs. If a climb has a big dyno in it but is supposed to be for a 10-year-old that is new to climbing, you can speak to these aspects with your feedback.

BUTLER-BUGHER: A climb that appeals to me visually will draw me in. I am a firm believer that any type of movement and style belongs at your facility—and the most important thing you can provide is variety, both in styles of climbs and difficulty.

CBJ: What do you see as the biggest challenge facing the climbing industry at this point?

BUTLER-BUGHER: Doing what we can to promote safety and build a strong etiquette and respect for the outdoors in new climbers. Climbing is dangerous sport. Bad things can and will happen. Simple math says that the more people that do it, the more risks are taken.

A lot of people don’t want to pay to learn a skill when their friend can teach them. I think everyone owes it to themselves to not teach someone a skill in climbing unless they truly feel they are an expert. Arrogance, ego, and pride should be put aside when you are learning or teaching something with the potential risks that climbing has.

Both the climbing industry and its tribe are responsible for embracing new climbers and educating and encouraging them. I have yelled at people for doing dumb things before and it achieved nothing. But if you contain whatever anger that may swell up and channel it into suggesting alternatives—or pointing out why a particular action is harmful to, say, the natural land—or give people info on why their practice might be dangerous, then you may succeed in preventing an injury, or educate someone who in turn educates another. Pay it forward, baby! 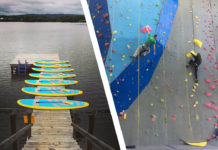 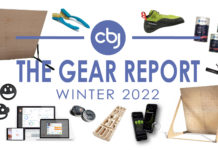 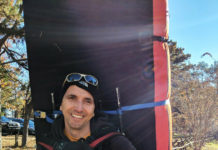 Every Town Can Hold a Climbing Gym: Behind the Desk with Adrian Prelipceanu

Standing Out In a City of Many Gyms: Behind the Desk...