By Alex Beld
The long-time climbing wall builder, Entre Prises Climbing Walls, better known as EP, has been through some rough times over the last few years. Though they’ve recently built some high profile walls — at gyms like Movement Climbing in Colorado, Mesa Rim’s new facility in San Diego and USA Climbing’s competition bouldering wall — the company has struggled to keep up with their competition. Steve Matous hopes to change all that.

Matous stepped into the role of CEO at Entre Prises USA in June of this year, a position that has technically been empty for two years while EP has suffered through a number of leadership changes.

This role had previously been filled by Antoine Richard, who was CEO of Entre Prises International in France, and acted as CEO for EP USA from 2010-2012. Jason Stollenwerk was then promoted from within to become EP USA’s Managing Director. He served in that role until 2015, when he moved on to become Vice President of Sales and Marketing (he has since left the company). Dave Slavensky was subsequently hired to take over as the General Manager of EP USA and remained in the position for about a year; there was about a four-month gap between Slavensky leaving and Matous taking the reins.


Taking on the role was not something Matous had sought out. “I was recruited,” Matous said. “I had no idea it was even available,” adding he isn’t sure why there have been three leaders of the company in just a few years.

Surdej hired a headhunter to look for promising candidates from a variety of backgrounds, particularly those with experience in either the climbing or amusement industries. While EP remains focused on indoor climbing, the Clip ‘n Climb side of the company was expanding quickly and the company’s leadership thought it was necessary to look at candidates with either background to determine what would work better for the company’s current direction.

The Climber and The Businessman

“We needed someone with that climbing background,” said Todd Chester, Sales and Marketing Director for EP USA, about opting for Matous. “In my opinion that’s the best fit for the company.”

Having the right climbing credentials were an easy checkbox for Matous. “I’ve been in the climbing industry for a very long time,” Matous said.

He started out as a skier, and like many people from his era, he learned to climb outdoors and has at times been paid to climb. He has also been an AMGA Certified Rock and Alpine guide for more than 25 years, spending time in Chamonix, the Canadian Rockies and Nepal, which has given him and an intimate knowledge of the world of hardcore climbers.

Matous offers a similar level of expertise in the business world, having spent the last four years as the Executive Director for Outward Bound USA. His resume also boasts Interim CFO and Membership Director at the American Alpine Club and COO of LC Vision Inc., a high tech R&D Company.

After nine years of running his own business he moved into the non-profit industry spending about five years at Outdoor Alliance and another five at Access Fund. Though the focus has generally been on mountaineering and climbing, his path to Entre Prises has been diverse.

A global outlook and a diverse set of business skills will be crucial for Matous to be successful in his new role at EP USA. Slavensky, his predecessor to the role, advised that for the company to succeed both the US and International branches need to be aligned on their business strategies.

“I believe that the reason for the turnover [at EP USA] is that our ownership from France did not understand the dynamics of the US market and felt that we were not running the business to achieve the results they wanted,” Slavensky said.

Slavensky said Matous’ biggest challenge will be crafting a business model that can overcome the challenges he faced.

During Slavensky’s tenure competition from the Bulgarian-based climbing wall company Walltopia proved the most challenging aspect of his job. Slavnsky argued that using Bulgarian workers to design, fabricate and even install Walltopia’s climbing walls allowed them to provide their products at a cheaper price. Walltopia has also been more effective at marketing their product and providing new market innovations; in 2007 they were the first company to produce the flat, panelized-style of climbing walls that have now come to dominate the US market.

Slavensky said Walltopia outpaced EP about 2-1 in the U.S. commercial market during the years between Richard leaving and Matous taking the helm. Despite this slide, Slavensky said the leadership in France was not as aware of the difficult competition because Walltopia hasn’t been as effective at breaking into the European market. After a year of long hours Slavensky left in what he said was a mutual parting.

Though he left the company, Slavensky still backs up the EP brand, saying their walls are of a slightly higher quality than the competition.

Matous believes his new role requires looking into the future, strategizing and laying the groundwork for the years to come. As CEO, Matous will take the reins for the North American portion of the company, which accounts for 25-30 percent of EP sales.

History of The North American Branch

EP USA is a division of EP International, which was founded in France in 1985. The USA division was added to the brand in 1988 after EP’s founder, Francois Savigny, visited Bend, Oregon to climb at Smith Rock. He and a number of prominent American climbers, including Eric Meade, teamed up and EP USA was born.

Meade led and owned EP USA as the business boomed through the 1990s and early 2000’s. EP USA initially found success with university climbing gyms and recreation centers, and eventually found a foothold with commercial climbing gyms. Then in 2008 he sold his stake in the company to EP International, but continued to act as CEO until 2010. During his nearly 16 years as CEO, Meade grew the company to more than 70 employees strong and increased annual revenues to about $7 million. By the time he sold the company, both he and his in-house investment partners earned themselves a 3,000 percent return on their initial investment.

EP International is now owned by a French group called ABEO. The group focuses on indoor climbing, gymnastics equipment, team sports like basketball, and locker room and bathrooms. They can fully outfit a gym for basketball or even wrestling and provide full layouts for locker rooms. Each of the brands under ABEO is given autonomy by being allowed to design, produce, market and install their own products.

Though Matous’ focus is on the future of EP USA, it’s obvious he has delved into the past to help him understand where he wants to take things.

Matous said when he first came to the industry Entre Prises was a widely known brand, but now it does not have the same name recognition. For example, while at the Access Fund’s 25th anniversary event Matous told others in attendance about his new position at EP USA. Some congratualted him on the new role, but others had to ask him what Entre Prises was — there was about a 50/50 split between the 100 in attendance he knew.

“This is a room full of hardcore climbers,” Matous lamented.

His goal for the future in its most general terms is to turn Entre Prises back into a household name for the climbing industry by getting the brand in front of the community.

“We haven’t done as good a job of letting people know what we’ve done,” Matous said. He added that it’s important to highlight the quality of the product and the innovations Entre Prises has been a leader in developing, but it’s also important to share more basic things like services. The wall company also manufactures holds and offers on-site inspections and maintenance service for the walls they’ve installed.

One big opportunity ahead for Entre Prises to gain exposure within the climbing industry and beyond is the 2020 Olympics, when climbing will be included as a sport for the first time. For many viewers this will likely be the first opportunity for them to see a climbing competition on TV. As a partner with the International Federation of Sport Climbing, it is possible that these viewers will be watching athletes from around the world competing on an Entre Prises climbing wall.

“We know that our owners are interested in the Olympics,” Matous said. “We’re going to be as supportive as we can.” 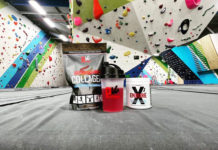 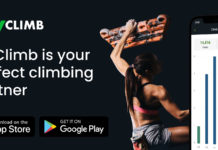 6 CWA Products You Should Know About