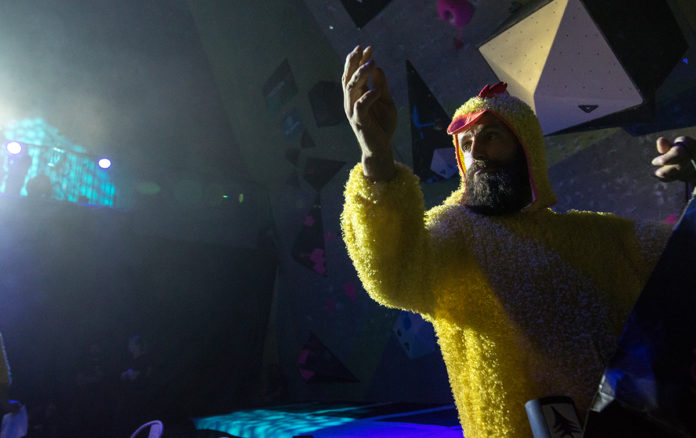 Behind the Desk… is an ongoing series that profiles people influencing and advancing the industry in gyms across the country. This month, CBJ heads to Music City, USA, to talk about the Hotter Than Chicken competition, one of the most unique gym events ever. What started as a joke competition in 2016 (in which participants had to eat spicy chicken tenders right before climbing) has since grown into an annual tradition that sells out and draws 250 competitors from all corners of the nation. The festivities also include a gigantic block party with food, drink, music from a DJ, and, of course, the consumption of a lot of hot wings by all. This year’s event takes place on August 3, 2019 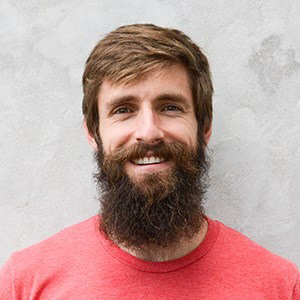 CBJ: Competitors come from as far away as Denver and Milwaukee for this event. What is the secret to growing a competition beyond its local/regional base?

BRANDT: In 2016 we created something fun, weird, and authentic meant for the Nashville climbing community. Attendance doubled in years two and three. Now we’re in year four and selling out the comp with half the competitors traveling from outside of Nashville to compete. Honestly, I’m not sure how it has grown to this size other than through lots of psych and staying true to ourselves and the nature of the comp. Anyone who has been to Hotter Than Chicken (HTC), talks about it. I think the psych we’ve built around the event is contagious. Sure, we send out flyers, email blasts and social posts, but the most effective mode of marketing we’ve experienced is word of mouth… create something unique and people will talk about it.

CBJ: Black Diamond is one of your sponsors. Can you offer any advice to other gyms about how to get sponsors for their competitions?

BRANDT: Everywhere you look someone is hosting a competition and asking brands for favors and swag, but how many of these competitions are doing something different to stand out? Part of the appeal for sponsors is reach and brand recognition, but I think they also want to attach their name to something influential and unique that will make waves in climbing communities. The relationship between Black Diamond and Climb Nashville is more of a partnership than a sponsorship. Instead of calling them up and asking for cash and swag, we work together to make HTC something great that represents both brands.

CBJ: You mentioned that the comp began in 2016 “as a joke.” When was the moment that it became not just a joke?

BRANDT: The Climb Nashville routesetting team would go eat lunch at Hattie B’s (our hot chicken supplier), and then return to the gym to forerun boulders. It was always a miserable experience climbing with hot chicken in the belly and we laughed about making others share in our misery. We first ran HTC in 2016 with 60 competitors. I realized how much people love suffering and that we were on to something big when attendance doubled in 2017. Then in 2018 when it doubled again, brands started coming to us with ideas on how they could support the comp. Oh, and the Mayor of Nashville, David Briley, came out and declared the day “Hotter than Chicken Day” in perpetuity.

This year, we’re selling out the comp and have a huge Open finals round complete with lights, FX, and a DJ on top of a volume set by some of the nation’s top routesetters. I guess I’m still trying to wrap my head around how big this thing has become.

CBJ: There is a charity component to the comp with Second Harvest of Middle Tennessee. How did that idea for a partnership come about?

BRANDT: I was stopped at a red light in Nashville one day last year and there was a guy on the street corner asking for change. I didn’t have any cash to give him, but I had a box of HTC swag—so I hooked him up with a hoodie and a t-shirt. Driving away I thought about how many people come and chow down on copious amounts of chicken every year while there are people out there struggling to feed themselves. Right then I made a commitment to give back through HTC. For every chicken tender eaten at the comp, Climb Nashville will donate four meals to Second Harvest. Now, competitors not only eat to win, but they eat to provide meals for those in need.

This is the first year we’ve partnered with Second Harvest, but they’ve been amazing to work with, shared the psych for our event, and are making a huge difference in middle Tennessee. We are looking forward to growing our relationship and making an even bigger impact in future years. We are also partnered with the Southeastern Climbers’ Coalition and will donate 100 percent of beer sales to help preserve climbing areas in the Southeast. Many of us at Climb Nashville cut our teeth climbing on Southern sandstone and care deeply about others sharing in a similar experience.

CBJ: Is there a way for people who can’t make the trek to watch the action or at least find the results?

Getting a Gym Ready for National Team Trials During a Pandemic