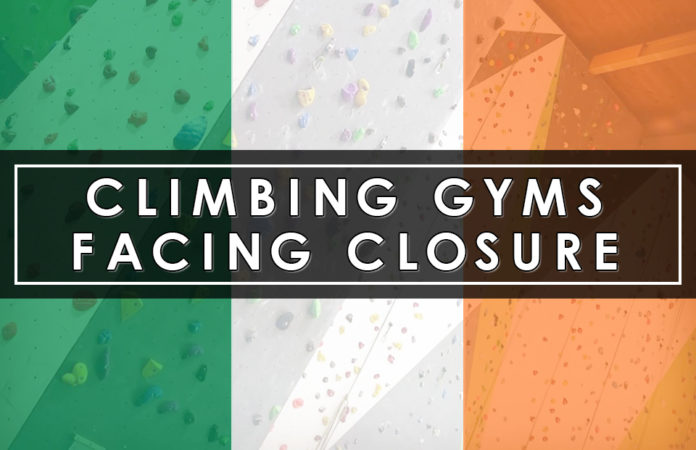 Word quickly spread around the global climbing world about an article recently published in The Irish Times. The article reported that all gyms in Ireland could be at risk of closing because the main gym insurance provider in that country is no longer willing to write policies for gyms—and other insurance companies there seem reluctant to cover the sport of climbing. The situation has us wondering whether a similar unfortunate insurance decision on a mass scale could occur in the United States. We reached out to attorney Jason Pill and asked him to dive into that question for this month’s installment of Ask a Lawyer. If you have a legal question about your gym that you’d like Jason to tackle in a future column, submit your legal question here. 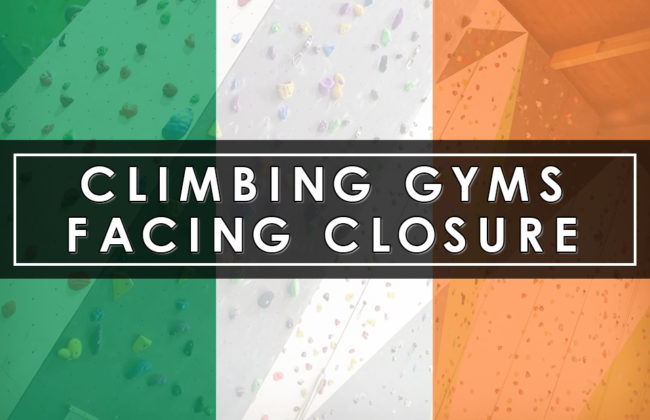 PILL: The short answer is: not likely, but there is concern to be had based on the issues in Ireland. This news is troubling and may have staggering consequences, in Ireland and abroad. Without insurance, Irish climbing gyms now fear that they may need to shut down. The Irish Times headline speaks to the magnitude of the issue: “All Irish climbing walls could close after insurance provider pulls out.” How did we get here?

To understand the problem, we need to understand how insurance works (stay with me, this part will be brief). The basic premise of insurance is that the carrier (the insurer) collects small amounts of money (premiums) from its clients (the insureds) and pools that money together to cover large, unexpected losses. The carrier employs actuaries to evaluate various statistics to determine these premiums, based on risk factors and the size of the risk pool. Critical to that analysis, the carrier relies on the law of large numbers to ensure that its actuarial statistics are reliable. As the pool of insureds grows, the likelihood of risks occurring (e.g., climbing gym injuries) gets closer to the expected average and the carrier can more accurately spread the risk between its insureds—which keeps the entire endeavor manageable for climbing gyms and profitable for carriers. Conversely, if the pool of insureds is too small, the risks are less predictable and the risk is harder to spread among the insureds.

This analysis is complicated in the climbing industry because insuring climbing gyms is a relatively new trend in the insurance world, so there is a lack of reliable statistics on injury risks and the corresponding legal exposure, which creates more unpredictability in setting premiums and managing risks. Carriers don’t like unpredictability.

This whole process hinges on the precarious balancing act of finding the right premium rate that will be sufficient for the carrier to pay its insureds’ unexpected claims in the future (e.g., lawsuits), pay the carrier’s expenses, and allow the carriers to make a reasonable profit. And, of course, the carrier must always ensure that the premium is not so high that it turns away customers. Other industries in Ireland have experienced similar issues with premiums rising and have pushed back by looking for alternative sources or simply proceeding without insurance, demonstrating that carriers can’t just raise the premiums.  That’s when the balancing act fails.

The primary issue cited by the carriers in Ireland is that the legal costs associated with climbing gym injuries are rising too high, and thus setting affordable premiums for climbing gyms no longer remains viable for the carriers, who fear losing money. The Irish Times article explains that an average climbing gym premium has been €14,000 annually, while a payout for one minor ankle injury could be up to €54,700. The lack of extensive data adds to the uncertainty when setting premiums and the imbalance in the system, and the carriers appear to have decided that raising the premiums will not resolve the issue.

Although the primary issue appears to be the rising legal costs, there’s more to it than that because the rising costs of litigation are not just a problem in Ireland. America, known for its litigious population, also is seeing increasing litigation costs across the board. (I dare you to go one day without seeing an ad for a plaintiffs’ firm offering to bring a lawsuit on your behalf at no cost). Looking past the rising costs of litigation and lack of sufficient data, a corollary issue appears to be the limited number of climbing gyms in Ireland, which prevents the carriers from adequately spreading the risk between its insureds in that market, for that line of business. Relatedly, and also unlike the American market, there are very few carriers of climbing gym insurance in Ireland.

Insurance only remains viable if there are insureds who pay premiums, but don’t make claims. Statistically speaking, with a large enough pool of insureds, the carrier is bound to have a significant portion of the risk pool not make a claim, and those unused premiums help cover the other insureds’ claims. That appears to be the problem Ireland is facing because there are not enough gyms to create a large enough risk pool in that market to offset the rising costs. The numbers bear this out. An unofficial online search located less than 25 climbing gyms or climbing walls in Ireland; by contrast, there are more than 70 climbing gyms in California alone.

For the majority of climbing gyms, the lack of insurance is not an option.  Rarely is a business legally required to maintain insurance, but many gyms are required to maintain insurance under the terms of their lease agreement or commercial loan documents.  So, while the specter of increased litigation may cause some gyms to close, the driving factor for most gyms likely will be the inability to satisfy their lease and loan agreements.

Stateside, our risk of experiencing a similar issue is greatly diminished by the large number of domestic climbing gyms—which allows carriers to better spread the risk and maintain proper balance between premiums and potential exposure—and the increased number of carriers in the market. Moreover, the number of domestic climbing gyms has steadily risen for years, so there likely will continue to be a sufficient pool of gyms to maintain reasonable premiums. This larger pool of insureds also has helped provide more injury risk data, and this allows the carriers to determine the appropriate premiums that make business sense for the carriers and the climbing gyms.

That said, the costs of litigation have continually increased and we could reach a tipping point in the United States where carriers no longer find it economically feasible to insure climbing gyms if the risks become too costly. By way of example, certain insurance carriers decline to insure gun ranges because of the heightened risk exposure and potential for catastrophic litigation. If climbing gyms started to experience more frequent or severe accidents that, in turn, resulted in more insurance payouts (litigation or otherwise), that could start changing the insurance dynamic.  Naturally, carriers would start raising premiums to account for the increased risk profile, but at a certain point, some climbing gyms would find the premiums too pricey and elect to self-insure (a diplomatic way of describing a company that does not obtain insurance but—hopefully—sets aside a pool of money to address unexpected losses) or simply close. If too many climbing gyms self-insure, the risk pool could become too small and force carriers to evaluate whether to continue issuing policies at all.

Although this risk does not appear to be at our doorstep, it certainly should be monitored and serves as a reminder for gyms to: (1) audit their insurance policies and make sure they have sufficient coverage; (2) ensure that they are implementing robust safety protocols and procedures to mitigate injury risks; (3) maintain strong liability waivers that may be used as a defense in any subsequent litigation; and (4) if an injury occurs in the gym, immediately contact the carrier to preserve all coverage options. Taking these steps will reduce the likelihood of litigation and, hopefully, keep down the insurance premiums for all climbing gyms.

Note: This recurring column offers general advice and is not intended to be used as direct legal counsel. Gym owners should consult a lawyer for their facility’s specific legal matters. Pill can be contacted directly here.

Jason Pill is a longtime climber and an attorney with Phelps Dunbar, LLP in Tampa, Florida. He practices in the area of labor and employment and assists clients in handling unique issues that arise at the intersection of law and technology. Additionally, Jason managed a climbing gym before embarking on a legal career, and he currently serves on USA Climbing’s Board of Directors and as the Chairperson of USA Climbing’s Risk Management Committee.