Since 2012, a group called the Adaptive Climbing Group has been visiting the Brooklyn Boulders climbing facilities in New York and Massachusetts twice a week and introducing a whole new clientele to the climbing gym.

The Adaptive Climbing Group, which is composed of climbers with physical, mental, and/or neurological issues, organizes climbing events at Brooklyn Boulders to train disabled individuals in proper climbing techniques that have been adapted to their personal abilities and limitations. Adaptive Climbing Group Founder and President Kareemah Batts has played a large role in building this community at the gym, though she says she first started the group to help her get through a tough time in her life.

“Personally for me, it was an outlet emotionally,” said Batts, whose left leg is amputated below the knee. “I survived cancer and became physically disabled, and it allowed me to get closer to people again and also learn more about this community that I became a part of.”

“A lot of different organizations came and became a part of it,” Batts explained. “The gym loved it so much, they said, ‘When are you going to come back?’ And I said, ‘OK, sure, we’ll do it next year.’ They said, ‘How about next month?’ and here we are for almost two years.”

Brooklyn Boulders offers day passes to members of the Adaptive Climbing Group at half price, and Batts is starting her own program to urge manufacturers of climbing shoes to donate their castoffs to amputees who only need a left or right shoe. The group allows disabled individuals easier access to climbing facilities, which is a big part of why some people join the community in the first place. But for some, it’s still all about the support and camaraderie of being involved in a community that is really passionate about what they do.

Climbing gyms across the country are bringing adaptive climbing into their facilities. Sender One in Santa Ana, CA, Planet Rock in Ann Arbor, MI, Doylestown Rock Gym in Pennsylvania and Mesa Rim in San Diego are just a few of the climbing centers that have found success with adaptive programs.

If you’re interested in bringing adaptive climbing to your gym check out these organizations that can help get you started:
Adaptive Climbing Group in New York and Massachusetts.
Peak Potential in New Jersey
Wounded Warrior Project
Amputee Coalition
Paradox Sports

Correction: The article originally stated that the first Paranationals was held last year, but 2014 will be the first year this event is taking place.

Navigating COVID-19 Guidelines: Know Your Agencies and What They Do 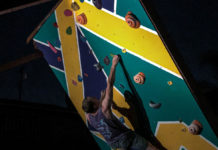 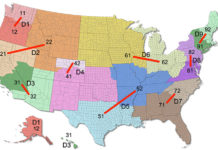 More Climbers Than Ever

For the People, by the People: Why Co-Ops Survive