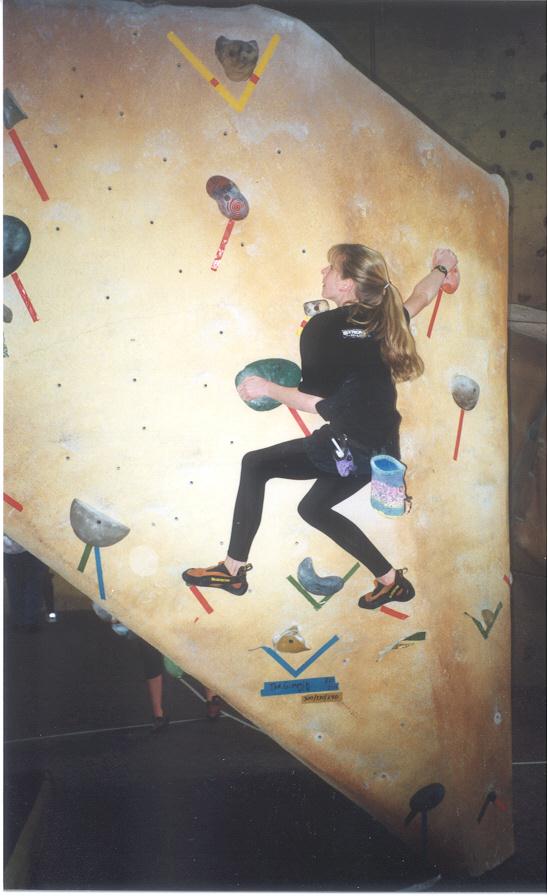 It is always sad when a climbing gym goes out of business. I don’t say that flippantly. Sometimes, for me, the news of a gym’s closure is coupled with a somber phone chat with the owner. And it is during those conversations that I usually sense the true sting—the gloom, the grief. Gym owners have told me that they knew for a while their gym’s end was near, but they refused to accept it in hopes of a financial miracle (which never came). Other owners have explained how it was their “calling” or “dream” to open a climbing gym—and, of course, “all dreams must come to an end.” I have actually had gym owners use those words.

But hearing about a gym closure always cuts a little deeper when the facility dates back to the 1990s. I don’t know why; perhaps it is personal for me. I started climbing regularly in the year 2000. The world of climbing then had been freshly fashioned by the influential hand of the ‘90s, tossed confidently into a new millennium after a decade of innovation and inertia.

There is also the fact that gyms from the 1990s were—and are—different. They feel different, and in some cases they look different. After all, the 1990s were the era of Radwall and Jrat, words that might sound as foreign and archaic to the current youthful climbing generation as beeper and cassette. And gyms from the 1990s are, literally, vessels from a bygone era. Consider that most CRM software did not exist in the 1990s—in fact, many gyms in that decade did not have computers stationed authoritatively at their front desks; members checked-in instead with laminated punch-cards, and any comprehensive customer database was rarely more than a boxy file cabinet or a spinning Rolodex. Rooms for yoga were not yet commonplace in climbing gyms. The phrase “free Wi-Fi” would have sounded like a foreign language back then too. Bouldering was only starting to become a popular discipline, free from its roots as training for rope-climbing. There was no USA Climbing or IFSC in the 1990s either.

I say all that not to highlight what the 1990s lacked, but to affectionately frame how the decade—and the climbing facilities therein—aptly laid the groundwork. We could not have the vibrant 2000s, which continues to the present day, without the wondrous and pioneering 1990s. Gyms from the ‘90s deserve a certain reverence.

Which brings me to the gyms from the 1990s that permanently closed in 2020. There were six in total, and they spanned the United States and Canada. They ranged greatly in geography and in their years of origin. The Cleveland Rock Gym closed in Ohio, which had been open since 1994. Crux in San Luis Obispo, California, had been open since 1995, as had the church-turned-climbing hub of the Cathedral Rock Gym in Lehighton, Pennsylvania. A gym in Florida (Vertical Ventures), which had been open since 1996, closed. There was also a Ground Zero Climbing in Nova Scotia that had opened in 1998, and an Inner Peaks location opened in the same year that closed in North Carolina as well. (An in-depth look at all the gym developments in 2020 can be found in CBJ’s Gyms & Trends report).

It is worth pointing out that all of those six “90s gyms” that closed in 2020 were special places, facilities that had withstood generational shifts, embraced big routesetting style changes, and fostered a lot of climbers young and old. Thousands? Tens of thousands? Perhaps.

They served us well, and if they all opened way back in the 1990s with a WELCOME sign to customers, let us conclude here by extending a signal of our own to each of them: THANK YOU.

Community Will Help Sustain Us: Behind the Closures with Andrea Charest