Sprightly great-grandmother of eight Greta Plowman was watching her plucky daughter Judith, 70, at the Manchester Climbing Centre recently when she became inspired to have a go herself.

“It was marvellous, really exciting,” she said. “My fingers ached a bit, but I learnt to push more with my feet and that made all the difference.”

The grandmother of seven and mother of four, who only recently moved into an aged care home at 98, surprised everyone – including herself – by completing the climb.

“I think the message is if you want to try something, it doesn’t matter what the situation is, have a go and you’d be surprised by what you can do,” her grandson, Tim Dobson said. “At 99, I wasn’t sure she would even get off the ground,” he said.

“Most people would be apprehensive before their first rock climb, but the only person who didn’t seem scared was Greta.

“She got onto the wall and she, slowly but steadily, made her way up the climb. There was one point near the top where she said to me, ‘I don’t think I can go on’ and I said ‘you’re nearly there’ and to her credit, she pushed through and got right to the top!” 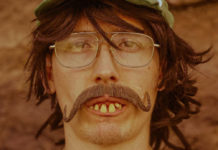 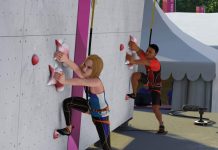 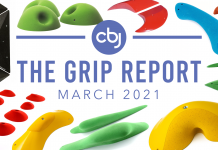 Video: The Spirit of a Climbing Entrepreneur