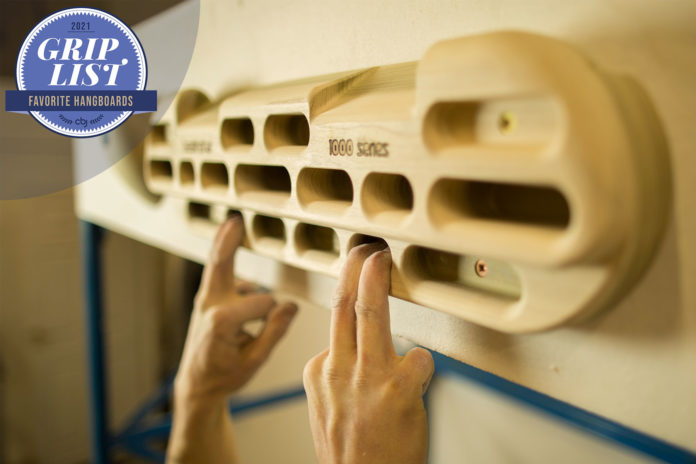 Beastmaker, a hangboard and training hold company out of the UK, is a small operation with a huge impact. For the second straight year, they’ve won the favorite Hangboard award, this year claiming over 50% of the votes.

The idea for Beastmaker’s hangboards started when Dan Varian and Ned Feehally wanted a better training tool while at university. “When we first designed our hangboards we concentrated on making products that were functional,” says Fehally. “We set out to make hangboards that covered all bases training wise, while looking nice and not being bank-breakingly expensive.”

Unlike climbing holds or volumes, which evolve and change with trends, the design of Beastmaker’s hangboards hasn’t changed much from the original concept. “Fingerboards need to be simple,” Feehally says. “I think the fact that we haven’t adjusted our designs has meant that we have a good network of standardized hangboards all over the world now.”

For many in the climbing world, the ongoing pandemic forced new training habits. Beastmaker’s team was stoked to be able to help fuel and support the community during the darker days. “A lot of folks who would have never said they were into ‘training’ have suddenly got into hangboarding,” says Feehally. “I think being able to conserve or even improve climbing related strength during the pandemic was such a bonus to us climbers who were trapped at home. It kept the climbing light at the end of the tunnel burning a little brighter.”

While Beastmaker continues to make their standard products—the Beastmaker 1000 and the Beastmaker 2000—they have some innovations in the pipeline. “We are working on improving our hand hold manufacturing and we have some lovely new training holds available.” They are also doing a massive overhaul of their app, and hope to have some exciting news on that front soon.

What setters are saying about Beastmaker: 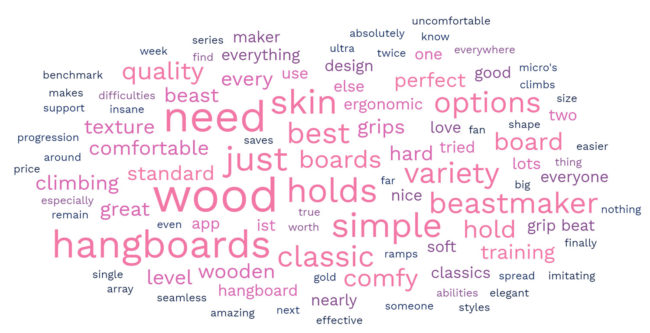