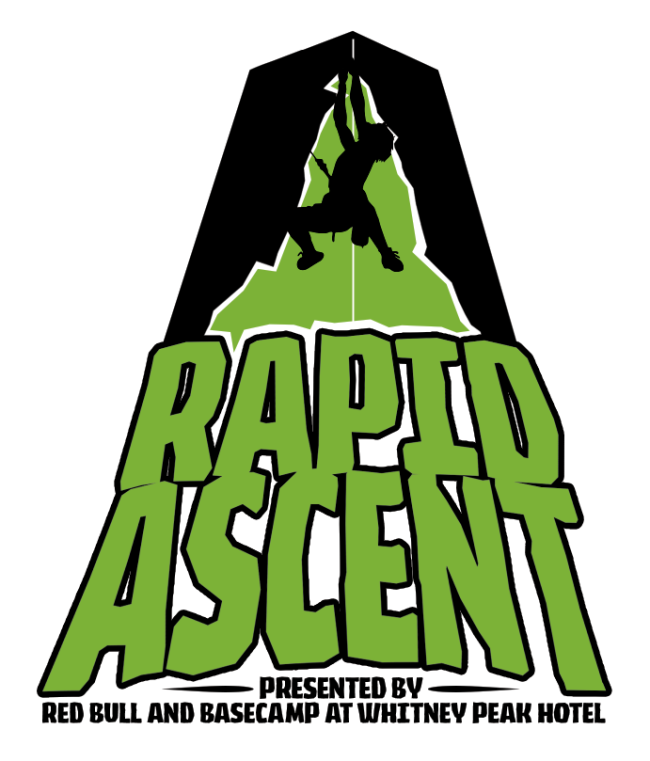 Press Release:
Teams of the best climbers in the West will chalk up and go head-to-head in the Rapid Ascent climbing competition hosted on the world’s tallest outdoor climbing wall at the Whitney Peak Hotel. The race, which will take place on Saturday, July 18, will feature teams of two climbers each to see who can best the wall that rises above the historic Reno Arch. The team with the lowest combined time to scale the wall will win the competition.

“We have a really strong and rapidly growing climbing community in the area,” said Whitney Peak Hotel’s BaseCamp Manager Brian Sweeney. “We have had quite a few climbers simply climb the wall, but we will be changing the routes specifically for this competition, tailoring them to be as fast as possible. Standard speed-climbing competitions are on 30- and 50-foot walls; ours will be 164 feet, making this the only competition of its kind and the tallest speed-climbing route in the world.”

TO WIN
Only one team will ascend to the top of the leader board and win the grand prize package that includes: a two-night stay at the Whitney Peak Hotel, a meal for two at Heritage, a one-month membership at BaseCamp (including fitness classes), two tickets to any “Live at the Arch” Cargo event and great items from Black Diamond, Adidas and Nature’s Bakery. Red Bull, the Austrian company that sells the Red Bull energy drink and is also known for its participation in a range of sporting events, is an official partner of this inaugural event.