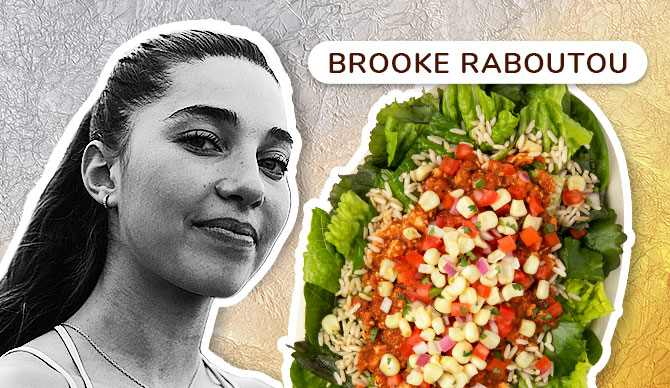 Popular restaurant company Chipotle recently announced a new initiative called the “Team Chipotle Menu,” which features a number of dishes and food items attributed to famous athletes. Included in Chipotle’s athlete “team” was Brooke Raboutou, the first American climber to qualify for the upcoming Tokyo Olympics. According to the multi-billion-dollar company, Raboutou was chosen based on her personality, achievements, family history, and an authentic Chipotle fandom—as Raboutou would frequent the Chipotle restaurant in her hometown of Boulder, Colorado, even prior to the campaign.

In addition to Raboutou, other American athletes featured on the team are soccer player Julie Ertz, mountain bike racer Kate Courtney, basketball star Nneka Ogwumike, volleyball player Alix Klineman, and others. This Chipotle campaign also features training videos on YouTube in a series titled “Unwrapped.” According to press materials, the campaign “marks Chipotle’s largest celebrity-inspired menu launch.” One big aim of it all is to give fans “the chance to eat like their favorite athletes through specifically curated menu items.”

Raboutou’s featured dish—The Brooke Raboutou Salad—is a supergreens salad mix with sofritas (chopped tofu), brown rice, tomato salsa, roasted chili-corn salsa, and guacamole. The sofritas, in particular, have been one of Raboutou’s go-to Chipotle menu item for quite some time, and curating her own dish allowed her to try out a number of new items to combine with the sofritas.

Of course, this is not the first instance of a climber securing a non-endemic partnership or sponsorship deal—not even close. As far back as the 1990s, climbers were included in deals with everything from car companies to cosmetic brands. And last month Raboutou posted on her Instagram account that she was also a “Team Bronco Ambassador” for Ford.

But this Chipotle campaign is among the first instances of an American climber linking up so prominently in business with such a high-profile restaurant brand. Undoubtedly it speaks to Raboutou’s star power and climbing’s prominent place in the public consciousness as the Olympics approach. Time will tell whether additional partnerships and collaborations with non-endemic companies are in the works for Raboutou and other climbers. It is also worth noting that, although no climbing gym features a Chipotle restaurant as part of its amenities, cafes and restaurants within gyms have become more common in the industry in recent years.

“Chipotle is proud to be an integral part of athletes’ training regimens across all levels,” said Chris Brandt, Chipotle’s Chief Marketing Officer in a press release about the Team Chipotle campaign. “We’re excited to share Team Chipotle’s stories and rally our fans around these elite competitors.”