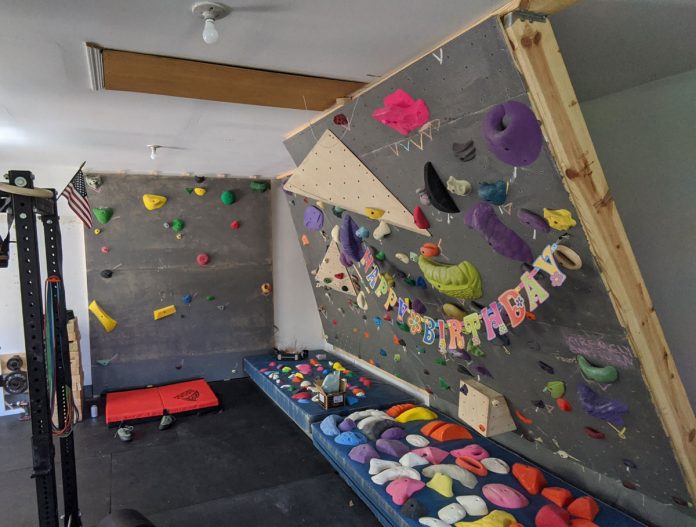 Their home gym needed a climbing workout, so wall by wall Daniel Smith pieced together this nice garage setup. His homewall in Dayton, OH, got a birthday present during the pandemic last spring: new holds! Check out past HWOW here. 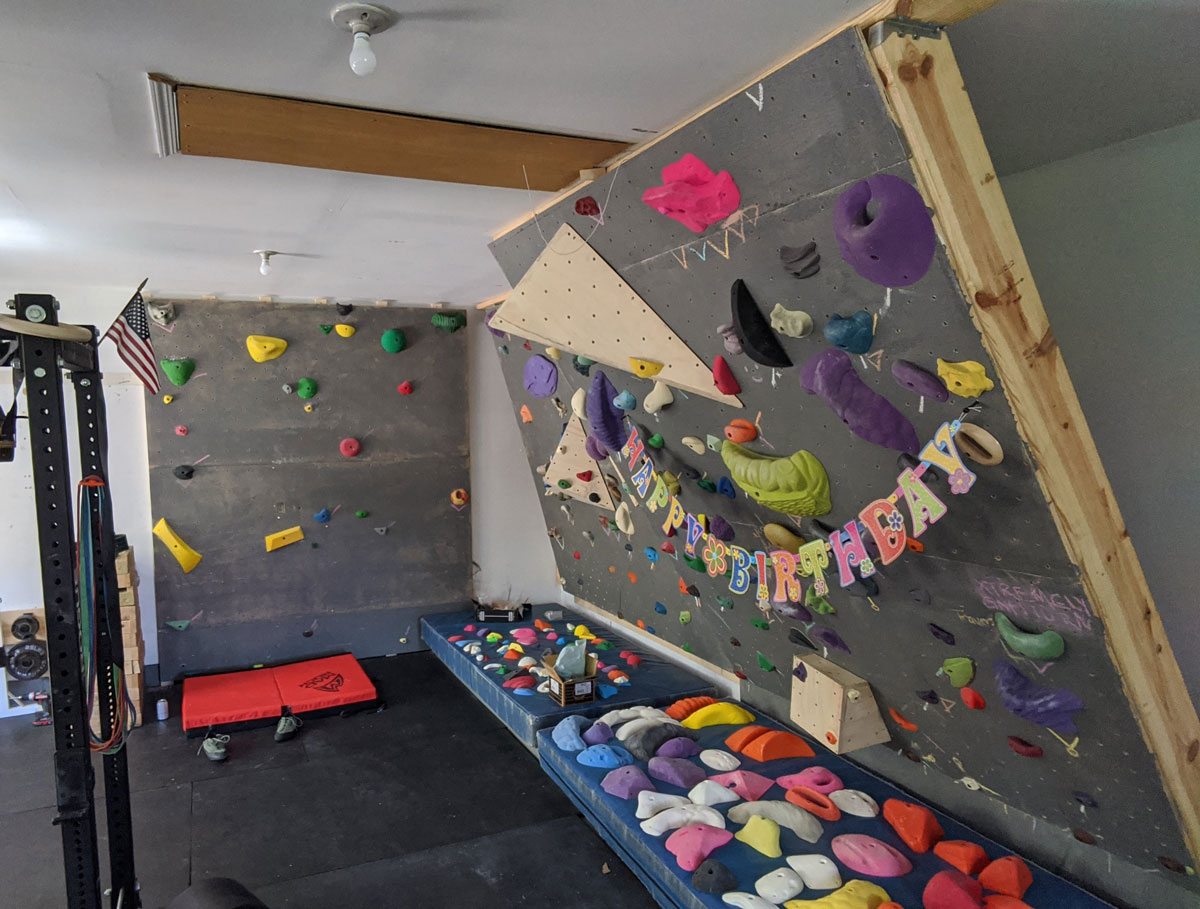 March 2019 until now! It continues to grow. I just held a birthday party for it on the 29th of April with a giant box of holds as a birthday present.

The first wall, a 30 degree angle, took about 2 weeks on and off. I only used/had hand tools. The second wall, a 15 degree probably took a week with hand tools. The third wall was quick because it is vertical.

I’d estimate $750. The texture is certainly a hidden cost at around $50 per gallon.

I had to design it around the other aspects of the gym. My wife competes in powerlifting and we wanted to make sure we’d have plenty of room to carry out squats, bench, deadlift, etc. I decided on 30° for the first wall to help with training. The 15° wall is a little easier but still provides a challenging surface. The vertical wall is more for slabs. With all three combined, I have more than 24 ft of wall to work with. I chose a design that included a 90° bend so that I could expand this further to include panels for the ceiling (coming soon!) and volumes two periodically change up the geometry. 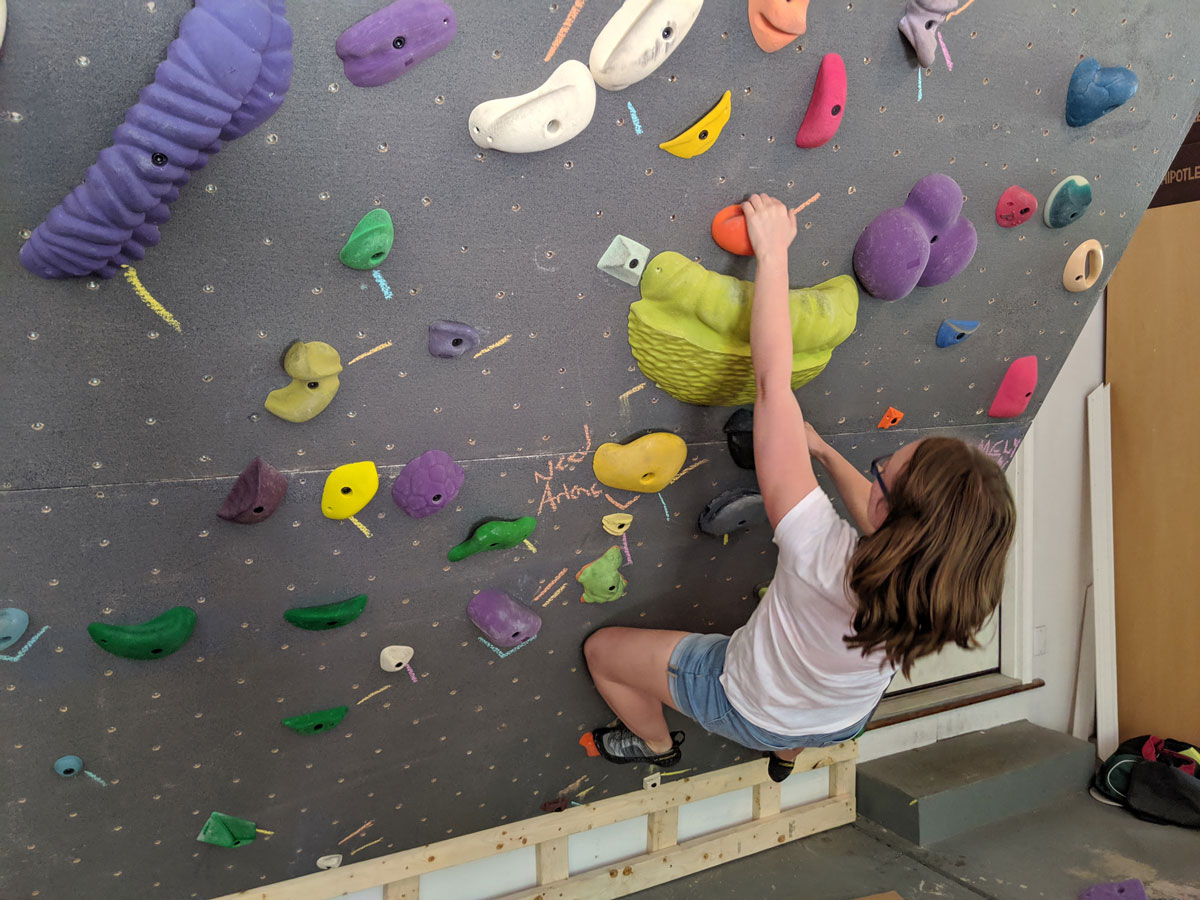 The initial 30 degree wall was the most challenging. I went with super beefy 2x8s. Wrapping my mind around how to cut the hangers was hard at first but it became pretty easy in the end. Everything came together nice and square.

I hadn’t considered how the 30° and 15° walls would join. Because of that, I had spaced the angled joists on the far left and far right such that the 4×8 sheets of plywood were centered. Instead, because of the difference in angle between the two walls, I should have made the joist flush with the wall. Now I’ve got a gap between the walls that I’m not sure what to do with.

Now that I have a right angle in there, I’d say that. I have a lot of length to work with now for longer routes. Like I mentioned before, I can extend to the ceiling and create some complex routes that work between the different angles and volumes. 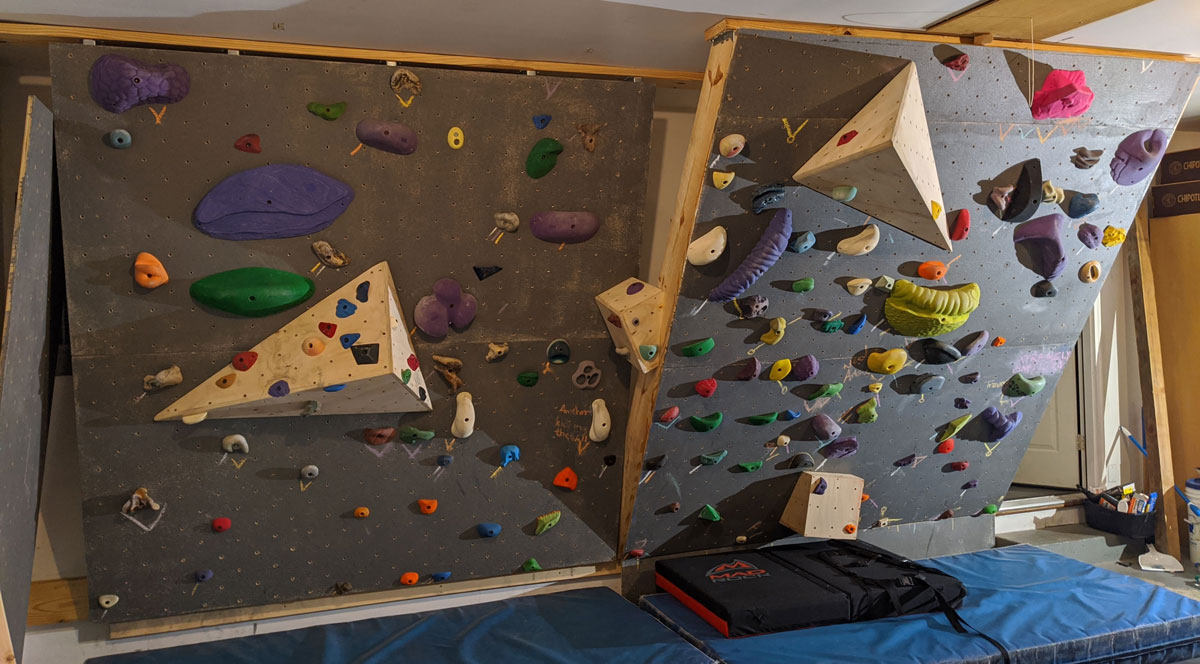 Don’t try and create Mount Rushmore on your first try. Go with simple angled walls and purchase or build large volumes to change up the geometry. Static surfaces get boring.

Do you have any connection to climbing brands or gyms?

No, but shout out to the best gym in Ohio, The Urban Krag! I grew up in that neighborhood and having it in walking distance certainly influenced my interest in climbing.

Want us to consider your woodie for a future Homewall of the Week? Submit your homewall here to be considered. Winners get a $100 giftcard to Atomik to pick out some goodies for their homewall. Thanks Kenny! 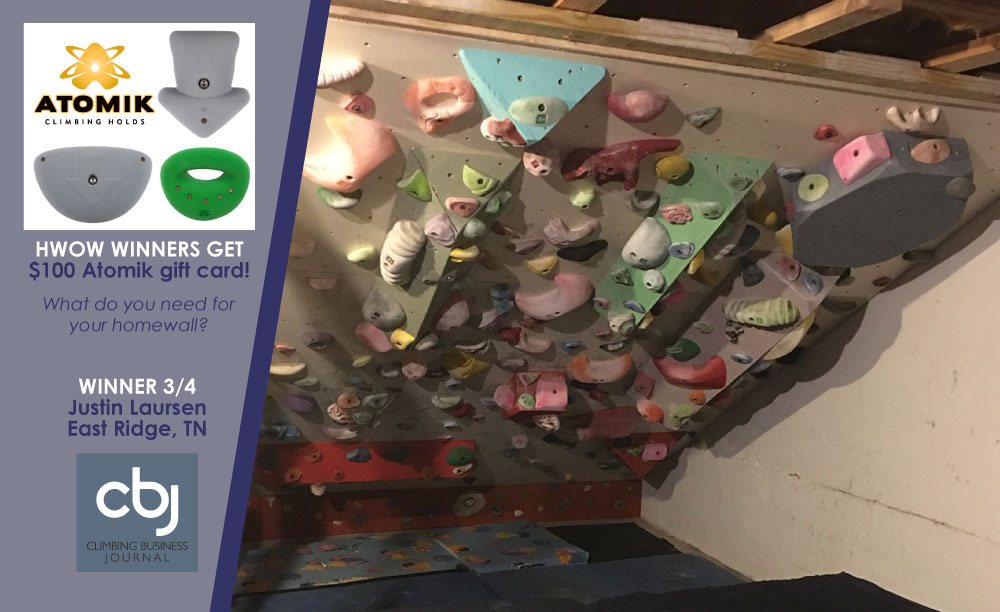 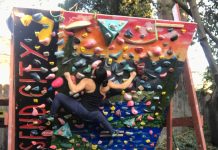 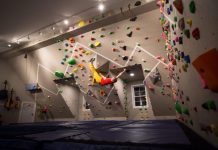 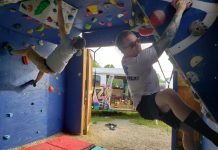 Now Is the Time to Come Together: Behind the Closures with...