As CBJ recently reported, speed walls are becoming a popular feature for new climbing facilities. But how can climbing centers make the most of their new speed walls and how do they introduce the sport of speed to their members?

Speed climbing is the easiest of the three disciplines to understand. Everybody understands a race to the top, unlike the more technical aspects of bouldering and sport climbing. How often have you heard a non-climbing spectator or newbie ask during a climbing competition, “Is the first person to the top the winner?” Most roll their eyes at this question and go on to explain all the minute, arbitrary intricacies of tops, points and bonus holds.

With speed, no explanation is necessary, and gyms should capitalize on the sport’s inherent appeal and simplicity.

CBJ met up with Landon Cox of Twin Dolphin Timing Systems, one of five IFSC recognized timing systems to find out how gyms can use speed climbing to bring in more members and keep their existing members excited.

Cox told CBJ that there are two main obstacles to greater utilization of speed walls:

These limitations mean that climbers cannot easily practice and track their progress. If these obstacles were removed, “a climber could do an individual speed workout which means it’s much easier to make use of a speed wall any time the gym’s open and not just for special occasions or events,” said Cox.

Fast Belay
Climbing at speed requires a very, very fast belayer. Typically in competitions two belayers are used per climber. One pulls down on the rope going through the Gri Gri and the other pulls the slack out the other side and catches the fall of the climber. This system works remarkably well and is used in both USAC national championships and IFSC Speed World Cups.

But for practice sessions a two-belayer set-up is less than ideal. The solution is an auto belay device that is engineered for climbers climbing at speeds of up to 8 feet per second (the record winning rate of World Cup speed climbers).

That is why Twin Dolphin teamed up with auto belay maker Perfect Descent to create an auto belay that can keep up with a speed climber. The Perfect Descent Speed Auto Belay can retract at a rate of 10 feet per second (retail price for a 40’ auto belay is $1,780). This type of device allows competitors to do training laps up the speed route, as fast as they can, without a support crew. And if a facility has a speed auto belay on each of their speed routes, anyone at the gym can have impromptu races whenever the urge strikes.

Timing
In the early days of speed climbing a simple stop watch was used to see who was the fastest climber, but thankfully, those days are gone. Replacing the stopwatch are laser-based sensors that can tell exactly when the climber hits the finish pad and can then display that time on a screen for everyone to see. 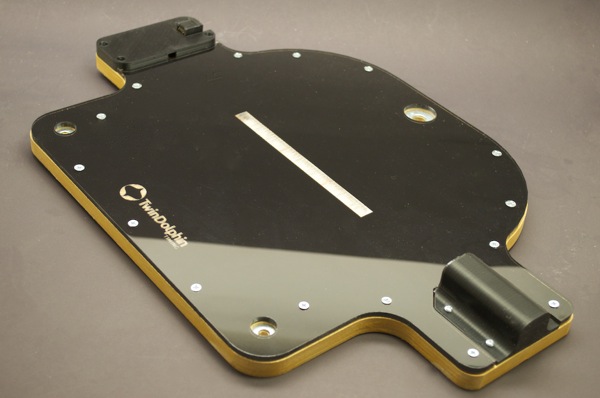 These laser-based timing systems are now used at championship level competitions but have been slow to make their way into the recreational setting.

“To state the obvious, speed climbing is about time, but most climbing gyms don’t have timing systems,” said Cox of Twin Dolphin. “This is much like a gymnasium with no score-board – you wouldn’t dream of building a basketball gym with no way to keep score. Timing systems permanently installed on speed walls makes speed more practical and completes the package.”

Timing systems can be semi-permanently attached to the climbing wall and available anytime for any climber that wishes to race their friend or get in a good speed workout.

If You Show Them, They Will Come
Getting the right equipment for your speed wall is an important first step, but if nobody knows how to use the system you’ll have a very expensive and underutilized sector of your gym. That’s where training and marketing comes in.

Just like any part of your climbing center customers need to be shown how to use the equipment safely and effectively, whether it be a systems wall, auto belay or treadmill. Creating a speed class can go along way to teaching members how to use the speed wall and to get them excited to try it on their own.

Gyms can increase awareness with a “speed night” or speed comp. Many facilities have annual competitions, charity fundraising competitions and informal climbing leagues for sport and bouldering, but why not host a speed climbing competition for members? This would be a fun, and very spectator friendly way to introduce the sport to your community, and introduce your facility to a new breed of climber.

Gym managers and their members may think of speed climbing as an elite activity best left to the young and nimble. But according to Cox that’s about to change. “I see speed climbing entering the mainstream because it can be an excellent workout even if you never decide to race. The fitness benefits are very similar to why runners do wind sprints, but the benefits go beyond that for climbers, too,” said Cox.

In fact the current US 10m record holder, John Brosler of Team Texas stated in a recent interview:

“It’s unbelievable how much speed climbing helps with other disciplines. I’ve improved my pull strength, lock-off strength, leg strength, and developed a tremendous amount of power. After coming back from training all summer for worlds, I immediately discovered that my sport climbing and bouldering was better than it ever has been.”

Remember that speed climbing does not necessarily have to be on an official speed wall with IFSC speed holds. If your facility has a vertical to five-degree wall you can make your own speed area.

Task your route setters to create one or two identical routes that can be climbed easily and quickly. Here are a few tips on how to set a speed route.

Climbing facilities are getting more and more creative with classes and special events that help bring new climbers through the door. For facilities with official speed walls, and even those without, the speed climbing discipline should become an important component of these efforts.

ArtLine: Innovative Grips by and for Artists 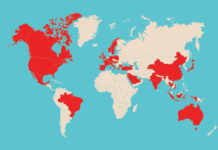 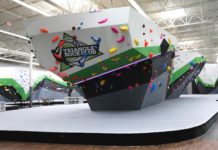 Founded in 2011, ArtLine got a makeover last year