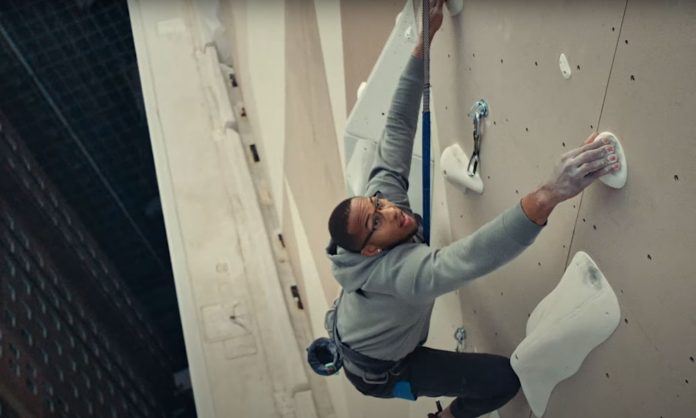 In less than four months, Eldorado Climbing designed, engineered, produced, and installed a rock climbing wall on top of 1100 Main Street, Kansas City, MO—a 30-story skyscraper—for a “got milk?” advertisement shoot. Eldorado worked with Stept Studios https://www.steptstudios.com/ on the design and installation coordination. Jimmy Chin filmed Kai Lightner climbing the wall and the video has gone viral: https://youtu.be/6SVFHFkX0sc. A behind-the-scenes video about the production can also be watched here: https://youtu.be/4OqOTGBWrNU.

“This project was extremely complex,” recounts Dave Singer, Senior Project Manager for Eldorado Climbing. “The structure had to be erected in just three days and then removed in two days, with one day of filming in between. We essentially worked as the general contractor, providing coordination between Stept, the climbers and filmmakers, building ownership and maintenance, multiple engineers, and of course the final client—the California Milk Processors Board. AND we were working around thunderstorms and high winds. But we got it done. Kai had a gorgeous wall to climb that met the artistic vision of the production studio.”

“The team at Eldorado Climbing was amazing to work with,” commented Richard Martin, Executive Producer with Stept Sudios. “We worked with their team from the planning stages back in early February, through talking with the building engineers for each potential building considered for the project, all the way to the engineering process and the installation at the Lightwell in KC. Eldorados’ thoroughness and consideration for safety was second to none, it was a definite relief to know that they cared as much as our team did.”

If you would like more information about this topic, please contact Christina Frain at 505-379-5193 or email at christina.frain@eldowalls.com. 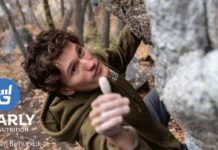 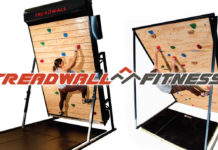