To a climbing gym owner, or an equity partner engaged in an alternative investment, a climbing wall structure is more than an aesthetic feature, it is often a gym’s most valuable asset. As such, owners need to know how best to manage that asset for tax efficiency, profitability and the ability for a gym to have capital on hand for future growth.

Depreciation plays a large role because a business is not just focused on today – but tomorrow, five years and ten years from now. All owners need to think about the way a climbing structure loses value, as officially defined by the IRS and unofficially in the eyes of members. Too many gyms have become vulnerable to competition by allowing their structures to outdate themselves, which is as much a disservice to the organization as it is to the clients.

Each gym is unique and should always rely on the advice of a their professional tax advisor; however, a basic understanding of the utility of depreciation and the ways it can serve your gym is fundamental to every gym owner.

Depreciation is an accounting tool that allows an owner to allocate the value of an asset from their balance sheet to their income statement for the period in which the asset is used. This value manifests as an income tax deduction, or an amount by which the IRS will allow your business to reduce your taxable income. With respect to a climbing wall structure, depreciation allows an owner to recover the cost of their climbing wall through an annual allowance that accounts for the utility of the wall over time, and recognizes that the wall, as an asset, is deteriorating or obsolescing.

In order to allow each business flexibility in managing their finances, there are two methods under the Modified Accelerated Cost Recovery System (MACRS), the current tax depreciation system in the United States: the straight-line and declining-balance methods. In the straight-line method the asset is depreciated by an equal amount each year; the declining-balance method accelerates the deduction in early years by using a constant depreciation rate.

Both methods are limited by the life over which a climbing wall is depreciated; this time period is dictated by the classification of the asset under the Internal Revenue Code. A climbing wall is most often classified as a lease-holder improvement, which would have a depreciation period equal to the lease term (often 10 years), or classified as equipment, which would fall under a 7 year depreciation period.

Depreciation of a Climbing Wall

Gym owners can depreciate the entire cost of their climbing wall structure, both the labor and materials that your vendor(s) used for construction to bring the wall into service. This includes, but is not limited to, the steel, the panels, any surface coating, t-nuts, fixed draws and hand-holds. If it is required to put a climbing wall into service, then it is part of the initial cost of the wall.

Determining which depreciation method to use may depend on the type of wall at your facility.

Cort Gariepy, CEO of Rockwerx, one of the leading national climbing wall builders, noted that “many of the gyms have both products in their facilities, but there is no differentiation between them” from a tax standpoint. Though the products are different and have differing lifespans, in Gariepy’s experience for most gyms the depreciation of their climbing wall is “tied more closely to the term of the lease … much more than it is tied to the type of the product.”

This is particularly true with a seamless system. In these designs the welded-steel and concrete structure would need to be destroyed to be moved, so this is more likely to be viewed as a lease-holder improvement in the eyes of the IRS, and therefore the depreciation is tied to the length of the lease.  For a panelized system it may be more appropriate to classify the wall as equipment and to use the shorter depreciation period, since the wall system can, in theory, be moved. Gariepy noted, however, that he has only seen this happen once in his 25 years of business when a gym in Maine closed and sold half of their wall to a kid’s camp.

Depreciation for a New Gym Owner

New businesses endure a high burn rate to build and equip a gym before a single dollar of revenue is ever brought in. It’s safe to say that having enough capital in the beginning years of a gym is essential. Most important is having enough cash to fulfill the growth plan in the first five years of business so that the facility can optimize its resources to be competitive and gain market share. Good planners understand the benefits of depreciation in empowering a business to keep more of their profits so that there will be capital available when needed.

Since the wall structure is usually the greatest asset that a gym will ever own, it is often the largest deduction available to the business. This begs the question of when is it most beneficial to a business to take these deductions. It is most likely that a business’s profitability will increase year over year for its first five years as it solidifies its market share. Depending on the gym’s expected level of growth and profitability, some gyms may want to extend the period over which they take deductions while others may want to deduct as much as possible early on to improve their cash position.

Meg Swanson of The Spire Climbing Center in Bozeman, MT offered that they use a 7 year declining balance method and pointed out that “there is no correlation with our lease in this case.” Another strategy utilized by The Spire was taking advantage of Bonus Depreciation in 2004, the first year they placed their climbing structure – which was wood framed – into service. The amount that the IRS allows for Bonus Depreciation has changed many times over the years, but for 2013 the Bonus Depreciation was 50%. This means you could depreciate your wall by 50% plus regular depreciation in the first year it is in service.

“Bonus Depreciation is a tool only available in the first year of an asset being in service, similar to the Section 179 deduction,” said George Sleeman, owner of Tax Man to You. Bonus Depreciation expired in 2013, but many tax experts think that these deductions will be extended for 2014 or made permanent to help facilitate economic growth in small and medium sized businesses.

Expansions and evolution are necessary in this rapidly expanding industry. Managing capital is essential to keep up with market innovations and to continually improve your offerings. Optimizing the depreciation of your existing assets is key to this equation.

While using a straight-line depreciation for the duration of your lease is simple and defensible, if your gym is very profitable it may not be maximizing its ability to regain capital as quickly as possible in order to support future improvements. Bob Richards, a former owner of Rockreation, a former CPA, and now a consultant that advises existing gym owners on expansion plans and risk management through his company Climbing Wall Advisors, suggests that gyms need to plan for wall updates early on. “Operators have learned over the last 10-15 years that climbing structures become outdated and people get tired of it. Gyms that haven’t updated their structures tend to be more vulnerable to competition,” he said.

Some business plans outline a modification to a section of wall before it has been fully depreciated, for example renovating a section of the wall wall five years after the date of installation, though the wall is being depreciated under the a 7 year convention. At this point, the remaining depreciation of that section of wall can be accelerated to help recoup the capital outlay for the modification, which in itself will be a newly capitalized, and depreciable, asset.

An existing gym may also benefit from changing their method of depreciation to either depreciate faster or slower. Sleeman of Tax Man To You noted, “An established facility has already chosen their method of depreciation for tax purposes and this can only be changed with the approval of the IRS; however this need not match the internal bookkeeping of an organization.” Sleeman, an Enrolled Agent licensed by the IRS, added, “If you wish to take advantage of deductions that you did not use, you can amend previous returns only back three years. However, the IRS can come back to you for any year.”

Tino Fiumara is an 18 year veteran in the climbing game who has supported his vertical habit through working in financial operations, teaching English, and building stuff – including creative, engaging routes. He is CBJ’s newest contributing writer. 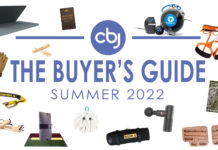 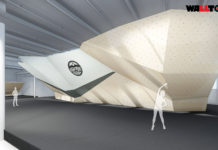