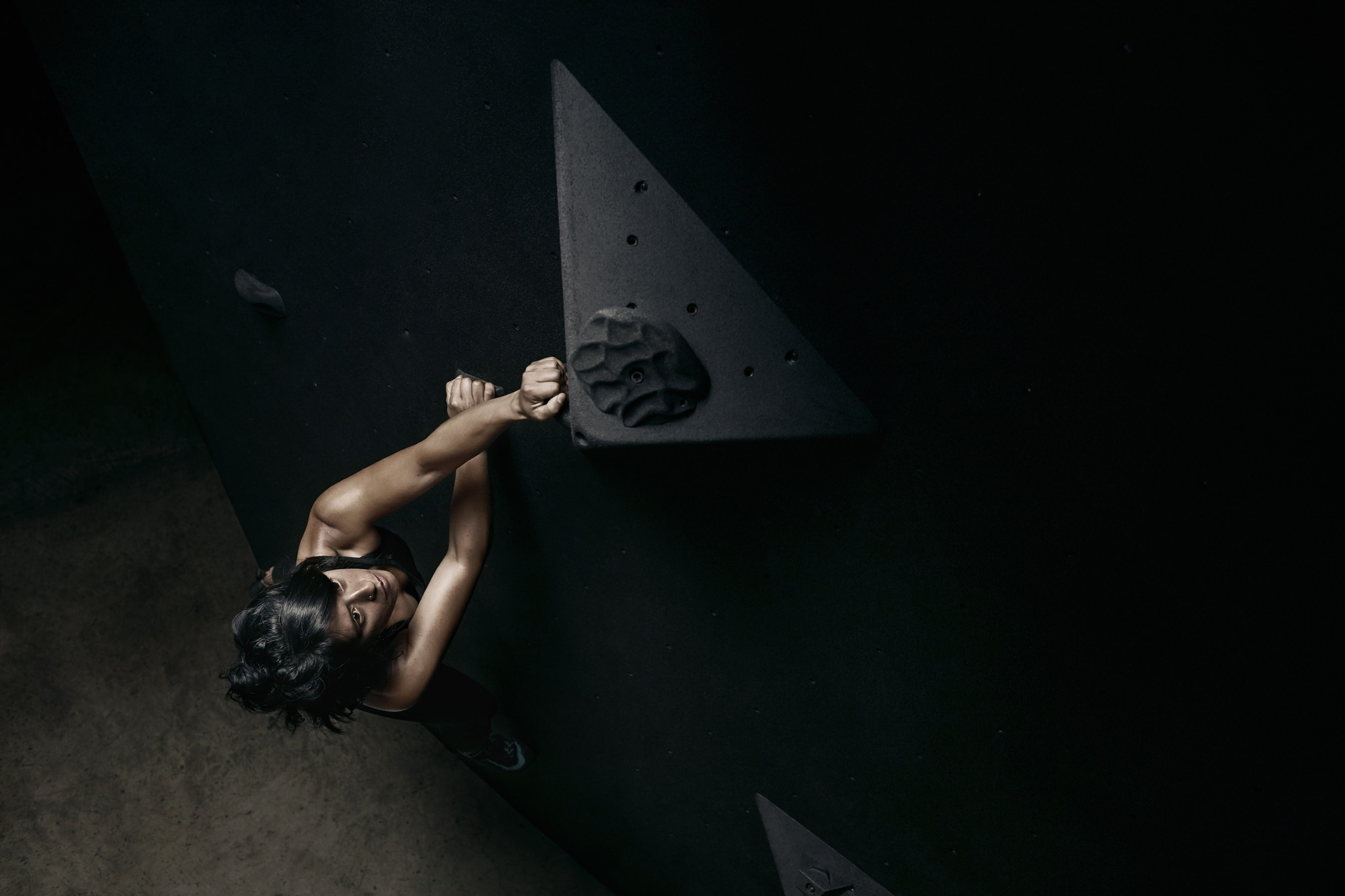 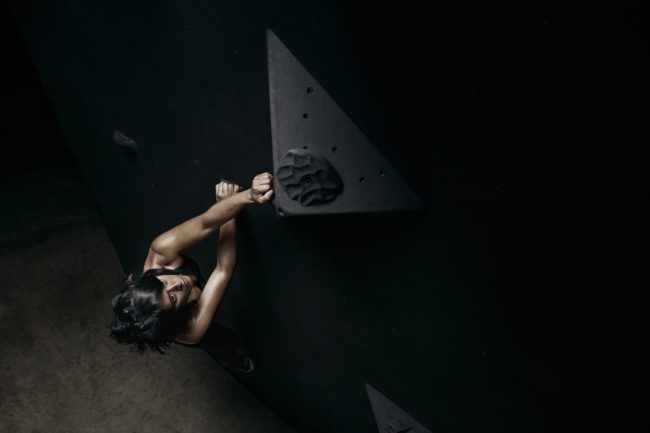 As a brand, Brooklyn Boulders has always been quick to embrace concepts not historically coupled with climbing gyms. In fact, Brooklyn Boulders’ gyms were among the first to regularly feature amenities like coffee shops, art galleries, and live music. It is with that same mindset of thinking outside-the-box that the Denver-based company is unveiling a new concept that resides
not within one of its preexisting gyms, but as a separate, smaller-format facility: the “adventure training and fitness studio” known as BKBX.

The BKBX center, set to open in Allston, Massachusetts, in January, will home in on clientele of all ability levels. This will include those who are wholly devoted to the climbing lifestyle, as well as those who consider climbing to be just one hobby amid a myriad of others such as surfing, skiing, cycling, kayaking or MMA. The 9,000-square-foot facility will feature a 90-foot-long bouldering wall, a room for non-climbing fitness classes (with three-dimensional training options, such as supports suspended from the ceiling), and an Adventure Bar akin to Apple’s Genius Bar for training-related consultation.

Those amenities don’t necessarily place the BKBX concept too far afield from other gyms. But the aspects that set BKBX apart are its focus on—and implementation of—high-end technology, and the way technology will be integrated into the participants’ experiences.

Speaking to CBJ, Brooklyn Boulders CEO Jeremy Balboni said, “Technology is here to stay in the world of fitness, but fitness is arguably 10 years behind the rest of the world when it comes to tech development. It’s only recently that the consumers—through Nike, Apple, and other apps—has been able to quantify their fitness goals. If we can help the consumers start to quantify themselves and their goals and use technology to their advantage, why not bring that into the space in a way that is more integrated than most offerings out there?”

According to Balboni, the technology at BKBX—some of which is being patented—is among the most advanced on the market; in fact, much of it has only been available to professional athletes up to now. For example, upon the facility’s opening, patrons will have access to numerous wearables, a type of apparel that incorporates technology for user feedback and analysis. BKBX is also equipped with computers and external cameras for in-depth evaluations. (Think cameras recording one’s climbing movement, and subsequent metrics of one’s movement being conveyed via radio-frequencies). Balboni notes that Brooklyn Boulders has basically
created an algorithm that allows for the tailoring of programing to the needs of the participants.

This technology within the BKBX studio will be available for one-on-one application with certified trainers, or in larger group classes. “In each fitness class, you’ll actually have five levels of fitness that you can partake in—and the technology will actually adapt to your level of fitness, in order to give you goals adaptive to where you are from a fitness perspective,” says Balboni.

Balboni is quick to point out that, although all of the technology is intended to be readily accessible, its implementation will never be a requirement for BKBX members: “Of course, people can just walk in, climb, take a fitness class, and go to the recovery room without using any of the technology,” he says. “The experience can be as simple or as nerdy as people want.”

The recovery room that Balboni speaks of offers additional amenities like a cryotherapy chamber, infrared sauna, Theraguns, and compression sleeves. 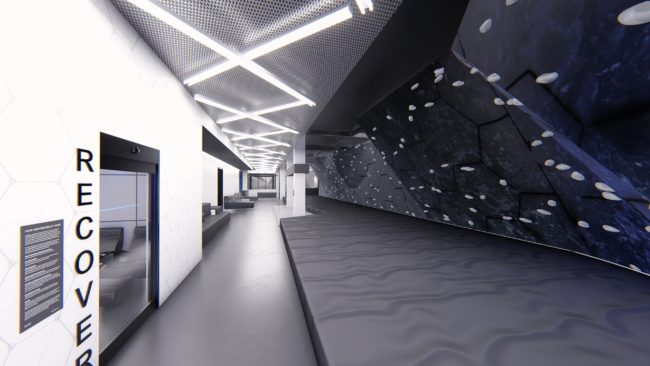 The BKBX concept was years in the making, prompted partially by the fact that opening large climbing facilities in dense urban locales—as Brooklyn Boulders has done previously in New York City, Boston, and Chicago—is logistically challenging. “The obvious thing to have done with the space would have been to build a really cool little bouldering gym—keep it super simple,” says Balboni of BKBX’s genesis. “But in typical [Brooklyn Boulders] fashion, we wanted to go a little bit beyond that. A lot of other folks are opening bouldering gyms—and they’re doing a great job at it. But we wondered if there was a way for us to play in an arena that was a little different, maybe a little less crowded, maybe a little more creative—that pushes the boundaries a little more.”

On top of that, as the Brooklyn Boulders brand has grown and its climbing gyms have become sought after spaces for community events, concerts, and parties, it has become challenging for some patrons to concentrate intently on fitness goals and training. So, BKBX takes the Brooklyn Boulders product portfolio into a separate space where a message of training and fitness is
allowed to be more focused.

It’s all part of a brand evolution, according to Balboni. While the ownership structure of BKBX will remain the same as its other facilities, its launch illustrates how Brooklyn Boulders is in the process of becoming more of an “adventure lifestyle company.” To that point, less than a year ago, the company also started its own travel business, BKB Wild—and BKBX will incorporate that as an amenity as well; at BKBX’s Adventure Bar, patrons will be able to book trips through BKB Wild.

“I’m a climber at heart. To me, climbing is an end in and of itself. I train for it, I eat it, I sleep it.” says Balboni, noting that although BKBX will cater to fitness enthusiasts with multiple interests, it will also suit the needs of high-level climbers who see cross-training and modalities of training as effective for climbing improvement. “There’s not a giant number of people that are so intently focused on [climbing] 24-7. There are, however, a lot of people who use climbing as a tool to a greater purpose. This smaller, studio format caters to a community whose interests include climbing but also go beyond climbing.” 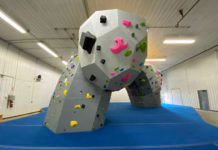 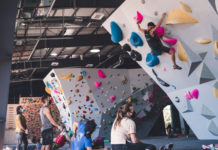 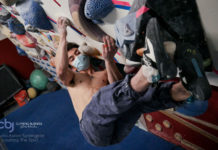 After a friend dropped off 50 used holds, Michael

A Re-Opened Sanctuary for Climbing