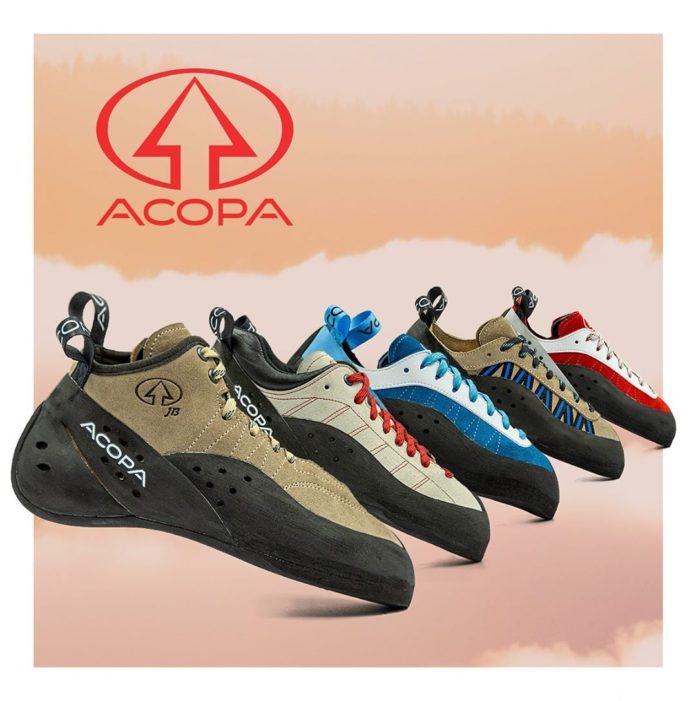 When legendary climber John Bachar died in 2009, it seemed plausible that Acopa USA, the shoe company he formulated in the early 2000s with co-founders Dario Piana and Steve Karafa (as a spin-off of an Acopa brand that existed in Mexico), would close its doors.

Even prior to Bachar’s passing, the company had endured a number of devastating circumstances—including a 2006 automobile accident that killed Karafa, then serving as the American company’s president.

Acopa USA continued for a while following both tragedies before eventually fading. However, beginning in 2018, word began to spread that Acopa USA might be returning. Representatives for a relaunched Acopa reportedly reached out to “friends and loyal customers” asking which Acopa shoes should be brought back.

More recently, the company unveiled a new website (acopaoutdoors.com), a Twitter account (@AcopaOutdoors) and an Instagram page (@acopaoutdoors.ig) which confirmed the return of Acopa climbing shoes. An announcement on Instagram last December stated: “A New Day – Back In The USA! Starting next January, you’ll be able to order brand new renditions of your favorite classic Acopa models from our website for delivery anywhere in the US & Canada.” 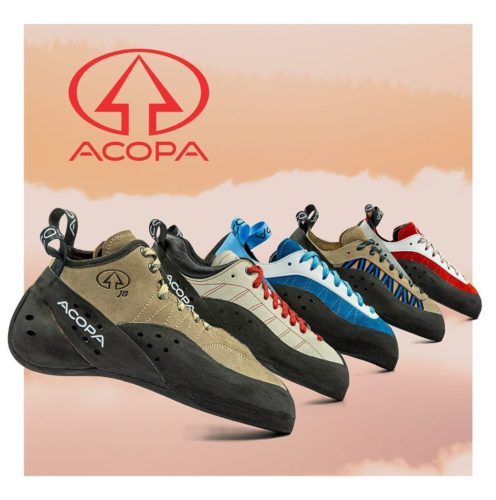 Piana said on Instagram, “We knew Acopa had earned the loyalty of many climbers. However, we didn’t fully realize the depth of that loyalty until years had passed and we kept reading posts on various internet forums, getting calls and emails from them; not only lamenting our absence, but also expressing a desire to help us make a comeback. This was a moving realization. Those emails, posts and calls became a clarion call; an urgent reminder of our responsibility to figure it out and bring back their shoes. We had to get back on our feet and finish the route.”

Small Focus: The Growth and Values of Flashed